Heroes walk among us every day, just waiting for a chance to do something kind for others.

One April day, Amarri Hernandez of Tampa, Florida, and her boyfriend were waiting to board a flight to Pittsburgh from St. Pete–Clearwater International Airport when they saw something that made them sit up and take notice. While going through security, Amarri noticed that the TSA was giving a man a hard time about an item in his carry-on. 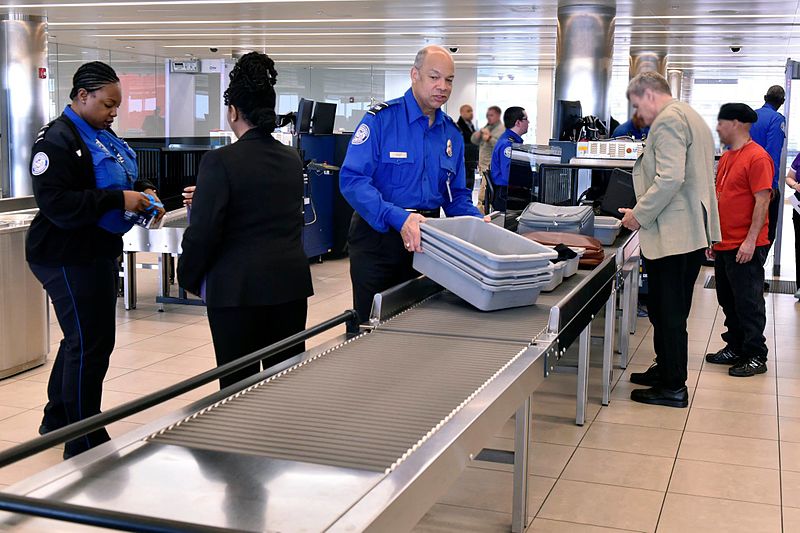 The item contained liquid, and due to the strict regulations about how many ounces of fluid can be allowed on a plane, the agents pointed at the trash can and told him to “put it in file 13.”

Amarri watched the man sadly toss the package into a nearby trash bin. “He was about to cry,” she said. “I want to make those tears come back as happy tears.”

That’s when Amarri and her boyfriend decided to do something incredible. 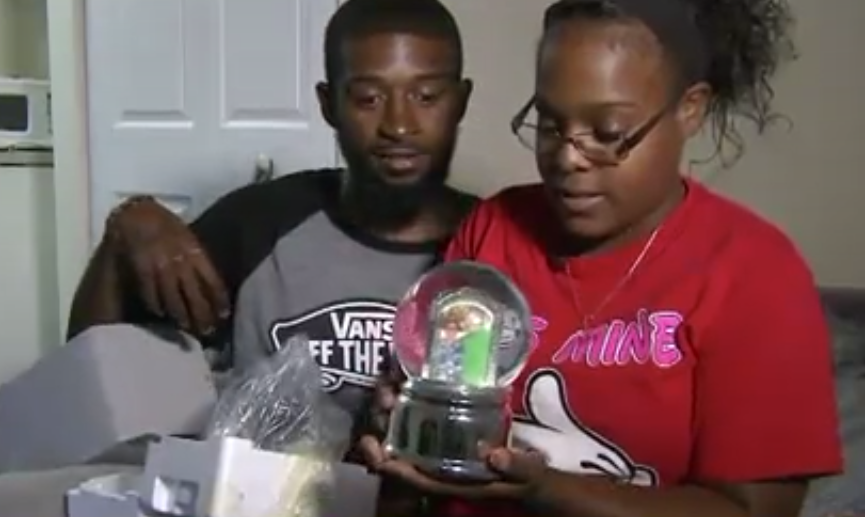 Amarri’s boyfriend fished the package out of the trash and took it home with him. Later, when they opened it up, they found that it contained a personalized snow globe. On one side was the image of a little girl and her dog; on the other, a pair of smiling grandparents. 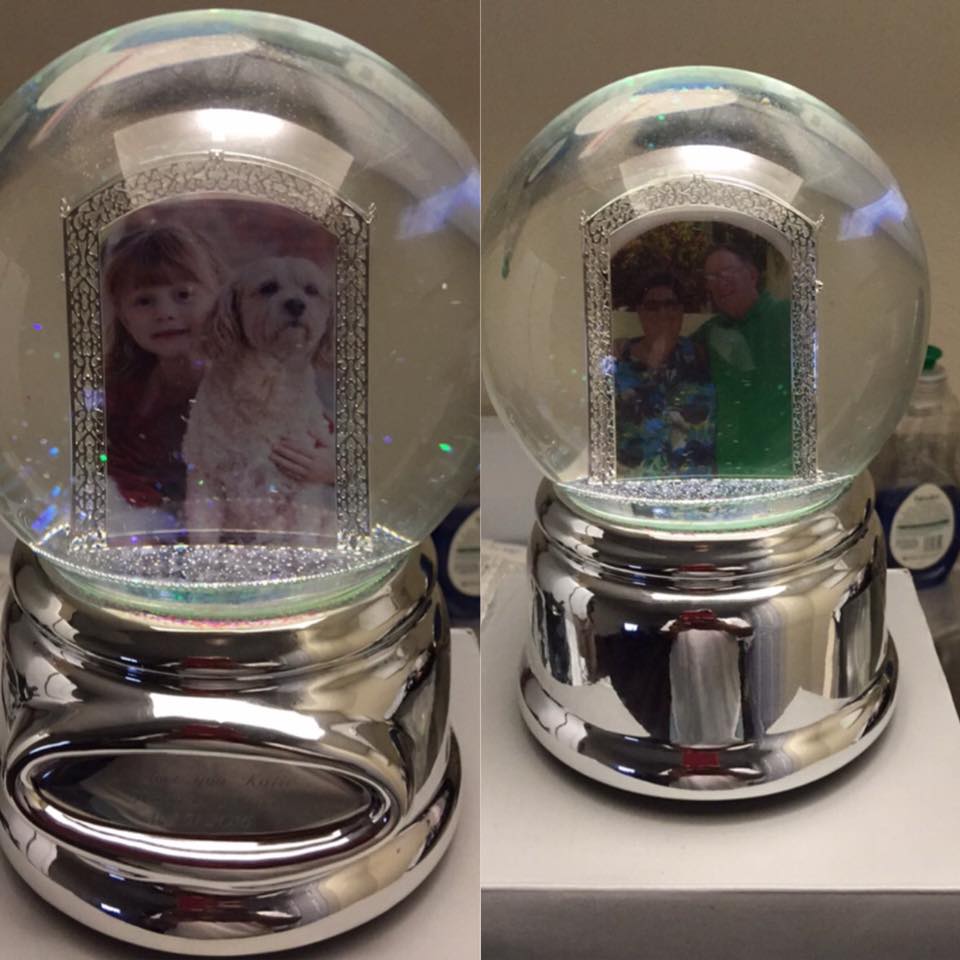 Amarri posted a photo of the image on Facebook, and soon people from all over the world were sharing it in an attempt to reunite the special keepsake with its rightful owner. “We felt bad about the situation and want to find out who these people are, so we can return their gift out of the kindness of our hearts,” Amarri wrote. 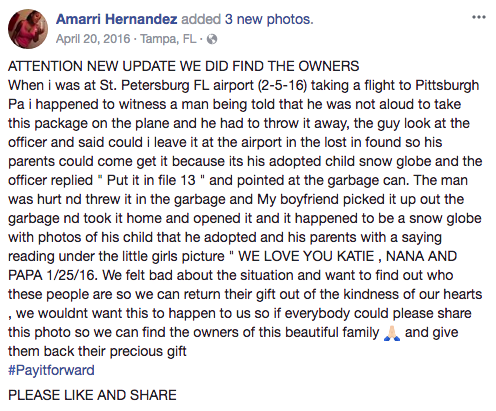 Before long, the post had been shared more than 54,000 times and received over 7,000 comments! The power of social media is truly astounding, but what happened next is the stuff of internet legend.

An employee at Things Remembered saw Amarri’s post and recognized the globe as being one of their products. Employees at the company’s Ohio headquarters and the St. Petersburg store did a little digging and found that a globe had been created in a local mall. Before long, they tracked down the people who had the item made. 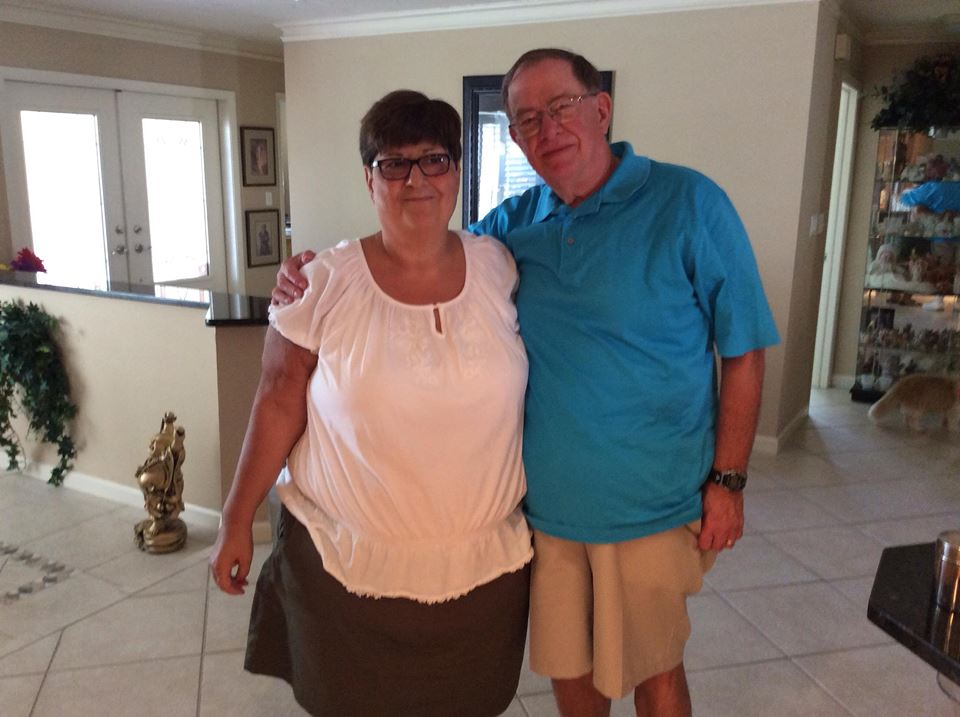 Bill and Linda Modry had purchased the snow globe to give to their son, Michael Moore, to commemorate the adoption of his five-year-old daughter, Katie.

Michael had been visiting his parents in Florida when he ran into the trouble at the airport. He’d been heartbroken to have to throw out the gift. 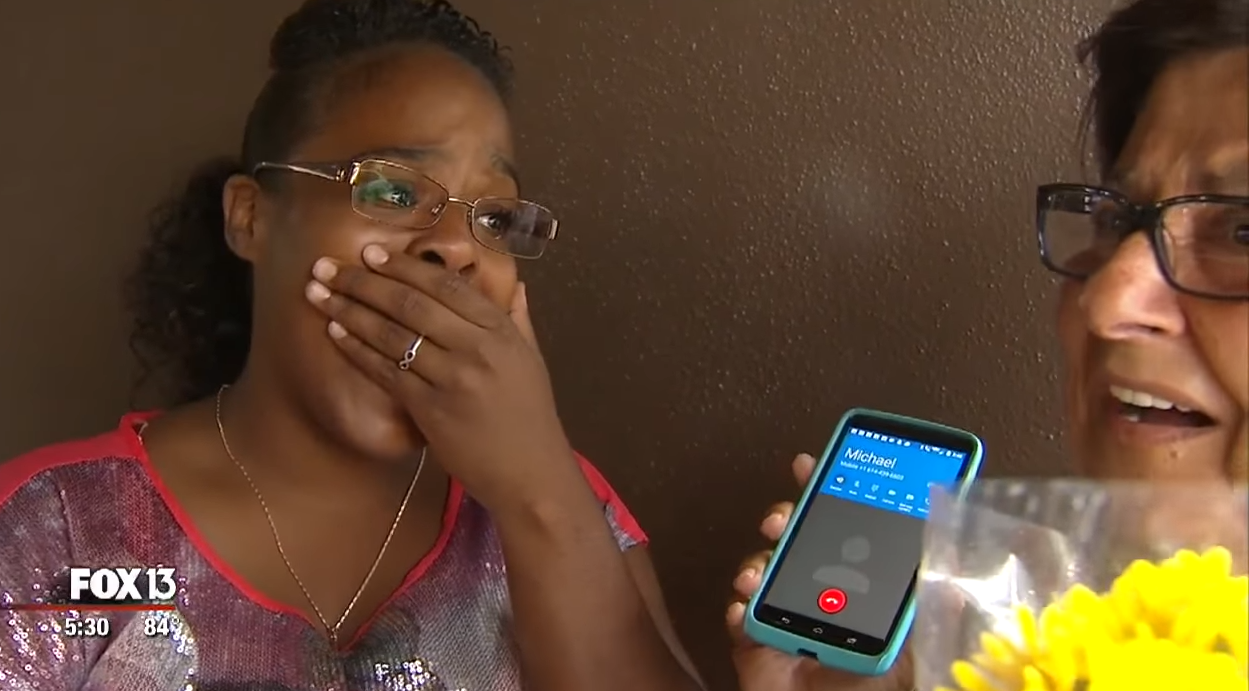 Days later, Amarri met Linda in Tampa, where she personally returned the precious gift. “It was raining when I picked it up,” Linda said. “A good thing, because we were all crying.”

The two ladies even dialed Michael, who was also blown away at the lengths Amarri had gone to help his family retrieve their lost item. 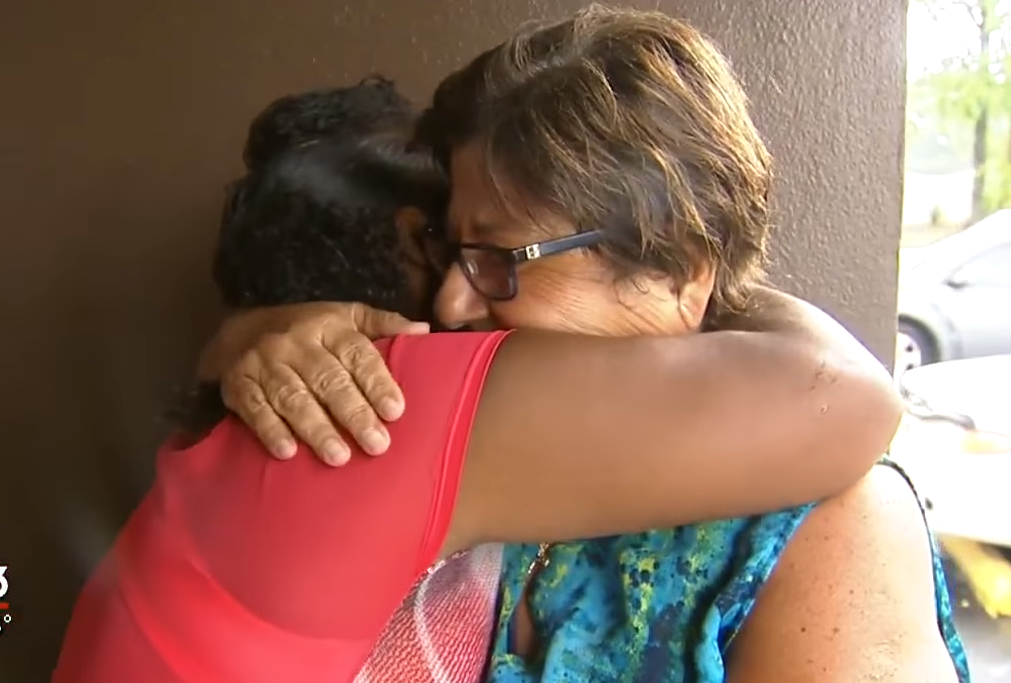 What an amazing way to go the extra mile to make a stranger happy! Amarri’s gracious act reminds us of the Golden Rule: Do unto others as you’d have them do to you.

Watch Amarri and Linda’s emotional meeting below, and please share this story to encourage others to always be on the lookout for the good deeds they can do each day!