Tom and Jerry. Abbot and Costello. Jordan and Pippen. Batman and Robin. Peanut Butter and Jelly…

These are just a few of the great duos throughout history, but now we have one more to add to the list: Frank and Clarence, flight attendants for Southwest Airlines. 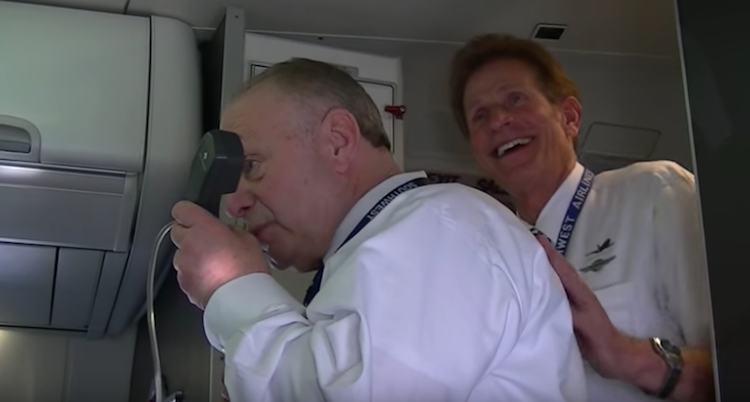 In the hilarious video below, Clarence greets his customers over the intercom by encouraging Frank to “explain the bathroom rules. It’s a long flight.” They immediately get some laughs.

Following some more fun antics, the pair acknowledges that “We need to stall while the pilots look up our destination on MapQuest.”

Then they explain to their audience that they need to make some extra money on each flight. With glove in hand, Clarence says they offer $10 flu shots. They’ll even marry you to the person sitting next to you — with an automatic annulment optional — for just $29.95. 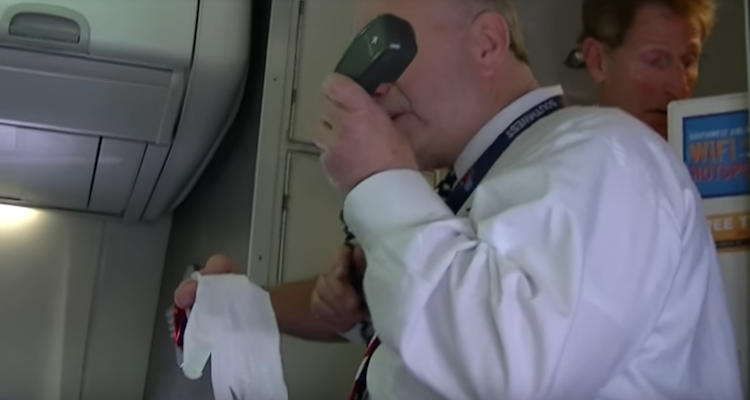 Clarence later makes some jokes about not smoking on the plane before handing the mic over to Frank again, encouraging him to ‘think on his feet.’ His response? He says they just got a TSA regulation that says passengers are no longer able to have chocolate when at a cruising altitude. He then asks everyone to hand over their chocolate. Ha! Ya right.

But my favorite ‘haha’ moment? When Clarence casually explains that if oxygen masks fall, to place it on yourself first before placing it over the face of your child. And if you have two children, decide who’s first based on “who has the most potential.” 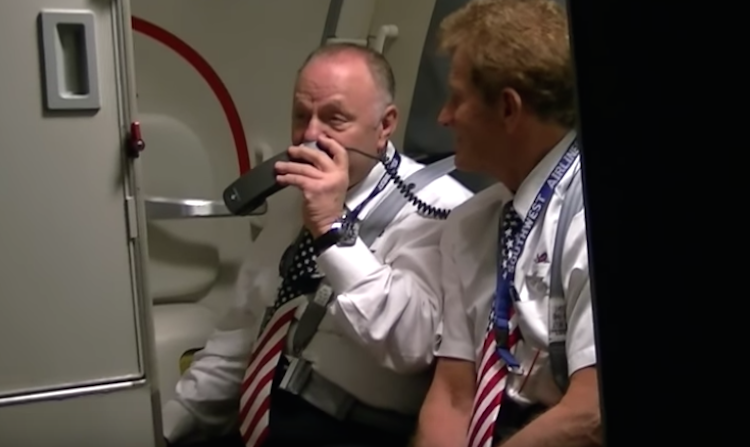 They pair were such affable hams that they received hugs from some of the passengers as they were getting off the plane. 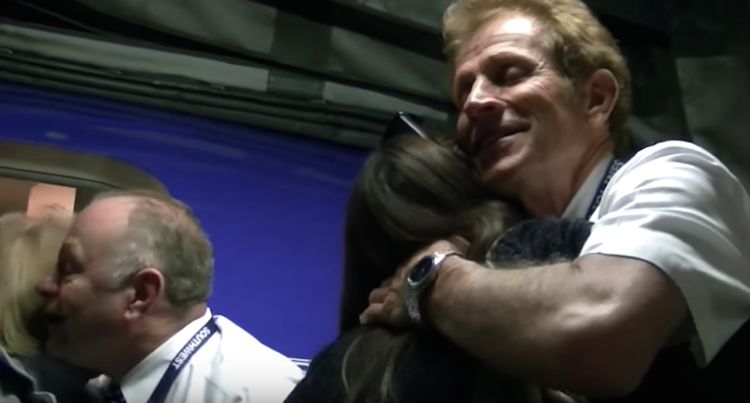 Be sure to share this story to show your friends possibly the funniest flight attendants in America!