When a father and son love each other as much as Isaiah and Joshua Jeffries do, nothing can weaken that bond — not even spending months apart.

Back in November 2018, Joshua, who lives in New Orleans, Louisiana, completed basic combat training for the U.S. Army. His dad, Isaiah, couldn’t have been more proud. But when Joshua was sent overseas shortly after, Isaiah worried, experiencing all the complicated emotions military families do. He really missed his son. 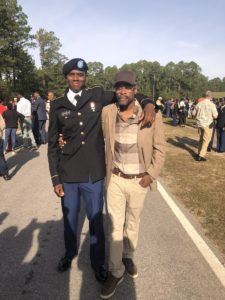 After spending six months away, Joshua finally returned home in February. He missed his dad just as much while he was gone, so Joshua couldn’t think of a better way to celebrate Valentine’s Day than by surprising Isaiah on the job.

On February 14, Joshua uploaded a video to Twitter with the caption, “I’ve been in the Army and gone away from home for about 6 months now. Today I decided to go to my father’s job and surprise him at work.” 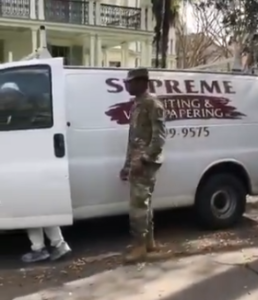 In the footage, we see Joshua approaching his dad, who’s busy pulling something out of his work van. Isaiah walks away as he hears someone speaking right behind him, not knowing who it is. That’s when he turns around and sees his beloved son. 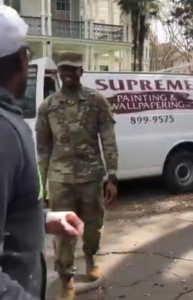 “Josh!” he screams before throwing his arms around his child and breaking down. “My baby home!” 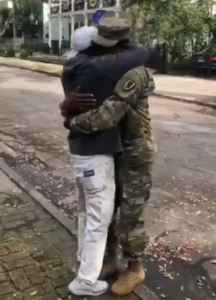 Joshua’s video touched the hearts of millions who viewed it online. “This made my day! Thank you for your service and for the great love of your father,” one person wrote.

Another added, “I literally love when men show affection like this to other men! Some dads & sons don’t, some men think that’s ‘soft’ – nah that’s just genuine love!”

Joshua went on to share photos of him and his dad together, and another showing Isaiah holding up a sweet “father appreciation certificate” from his son — both of which only made the internet love them more. 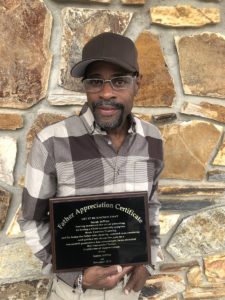 “Anybody who knows me, knows that I do everything for my father to put a smile on his face and this video was just proof,” Joshua shared. It’s clear these two adore each other and share a very powerful bond. Thank you for your service, Joshua, and congratulations on returning home!

Watch the father and son’s heartwarming reunion in the clip below, and share to spread the love.

I’ve been in the Army and gone away from home for about 6 months now . Today I decided to go to my fathers job and surprise him at work . pic.twitter.com/w2sOsPJorP