Ah yes, the perennial argument. Whose turn is it to take out the trash?

This is definitely a fight you don’t want to pick with a goat, especially this feisty guy. This little troublemaker stars in a video that Sky Garnick posted after a visit to 3 Spear Ranch in Dubois, Wyoming. By the time we tune in, it’s obvious this heated argument’s been going on for a while, and Mr. Goat is just standing there trying to come up with a zinger. If that doesn’t happen, he’ll have to take drastic measures… (Nothing like a good headbutt to show who’s boss.) 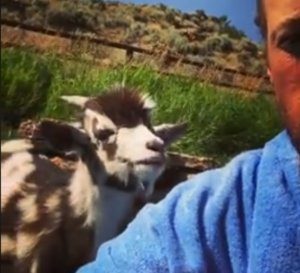 The little goat argues his case in a hilarious series of bleats, and not that we’re fluent in goat or anything, but we’ll give it a shot.

NO. I took it out last time. 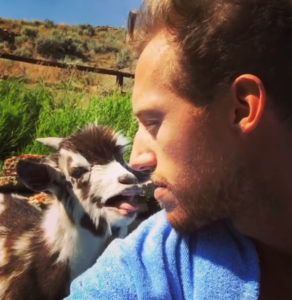 Really? That’s the best you can come up with?

“No, I won’t. No, you do it,” Sky replies calmly, completely unphased. “No matter how many times you ask, I won’t take the trash out. That’s your job.”

That’s what you get when you lose your temper while the camera’s rolling. Thankfully, Sky rises above his new goat friend’s petulance.

At this point, though, the fussy goat probably thinks Sky is either a little slow or really hard of hearing and all he has to do is refuse louder. But even that doesn’t work.

Maybe some spit will do the trick? 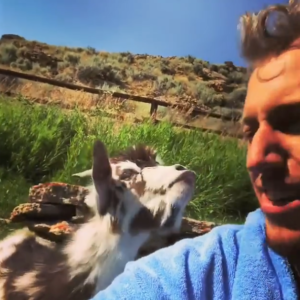 Eventually, Sky tries to make up with a loving kiss, but you can imagine exactly how that goes… 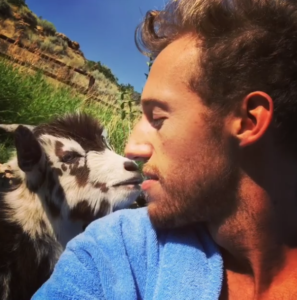 “That goat makes a much better argument than I do,” one viewer noted.

Watch the whole hysterical back-and-forth below to see who wins (if anyone), and share to spread more laughs!