Everybody needs a little mothering when they’re sick, even our furry family members.

Jill Rogers of Hopatcong, New Jersey has two pitbulls who are the best of friends. Spanky is 6 years old and has a red coat and his brother Roman is 8 years old and is white and tan. The pair have been completely inseparable ever since the moment they brought Spanky home as a puppy. 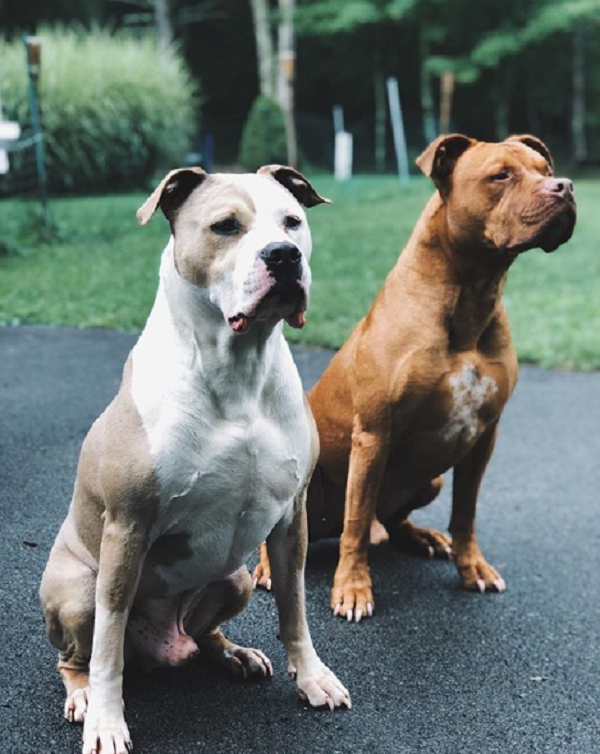 The two dogs have different personalities but agree on one thing: cuddling together is mandatory! They can often be found snuggled up together and are never far from one another’s side. When Jill discovered that Roman’s ear looked puffy, she brought him to the vet and found he had a hematoma that required surgery.

Roman’s surgery was scheduled in 2 weeks, so Jill installed a Ring security camera in her living room so she could keep an eye on her sick boy while she was at work each day. One day Jill’s phone started blowing up with notifications. When she pulled up the security footage, she witnessed a truly heartwarming moment. 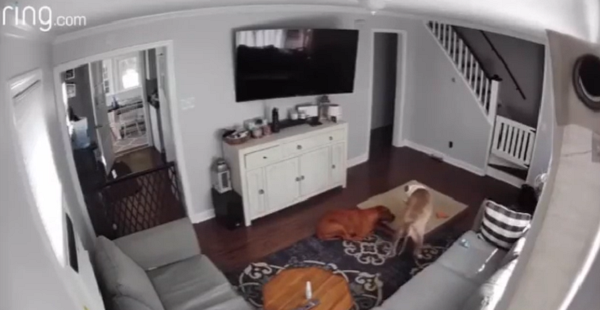 The video shows Spanky lying on the floor, clearly not feeling well. Roman must sense his brother’s discomfort, because he goes to the corner of the room and grabs his comfy dog bed with his teeth, then drags it over to Spanky. Seconds later the camera shows both dogs snuggling on the dog bed comfortably.

Aw! He brought the bed to his sick friend! Have you ever seen such cuteness?

“Immediately, I watched it over and over again, not believing what I saw! I texted my sister to watch it and I showed my coworkers as well. Later that night is when we decided to post it so others could see. I posted it on my Facebook and TikTok. That’s when it spread like wildfire!” 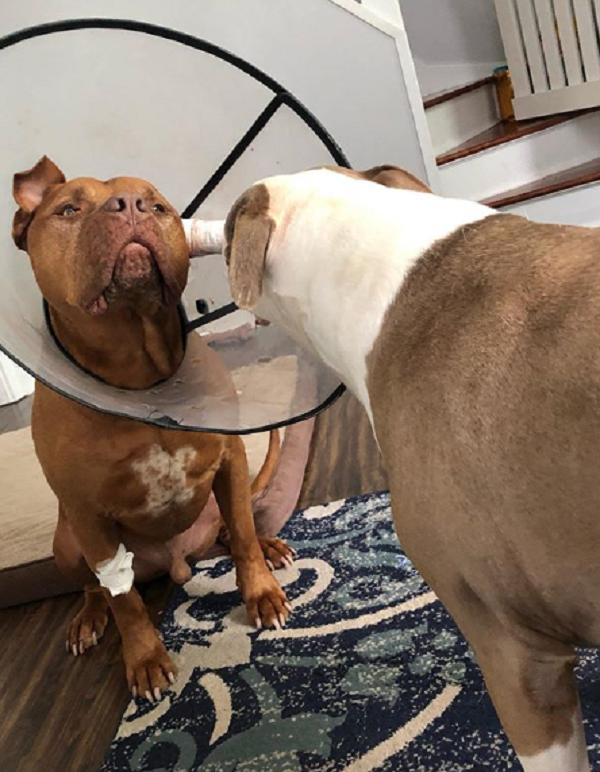 Roman has now had his surgery and made a full recovery, even if he did have to wear the “cone of shame” for a while after. He and Spanky are celebrating with some extra snuggle sessions. Meanwhile, we’re all feeling the love after watching this dog care for his friend in such a sweet way!

Watch the adorable video below, and don’t forget to share.