This little zebra was only a few days old when he was forced to escape a pack of lions.

The whole ordeal unfolded in front of a group of herdsman with their goats, who watched, frozen with disbelief. The baby zebra’s instincts took over and he ran to find safety within a herd – it just happened to be goats instead of zebras.

Knowing the baby had lost its mother, the herdsman let the animal stay with their goats, gave him some milk, and ultimately brought him to the Sheldrick Wildlife Trust, an animal rescue organization. 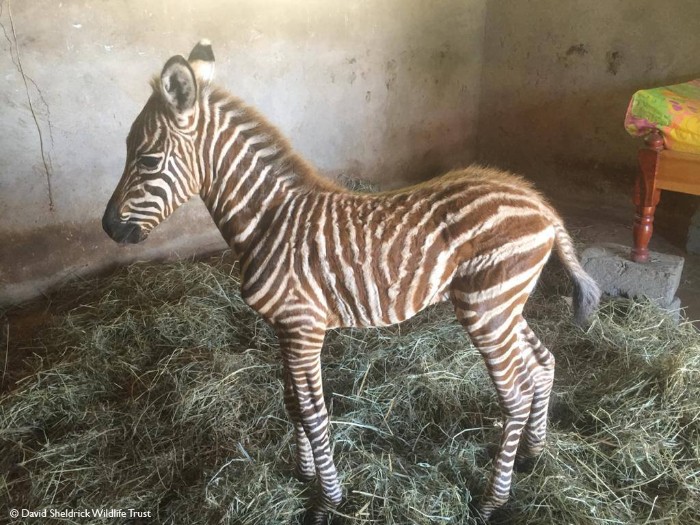 The Sheldrick Wildlife Trust took in the zebra, which they named Diria and made it their mission to help him thrive.

Being an infant, Diria needs a lot of care. In the wild, much like humans, he would have been closely tied to his mom and drank her milk to help him grow and thrive. So, the workers at the animal shelter have been giving him lots of milk and one-on-one time. In order for Diria to form his natural attachment to his maternal figure, workers share a coat with a zebra print so that it’s the coat Diria is attached to, not the person. 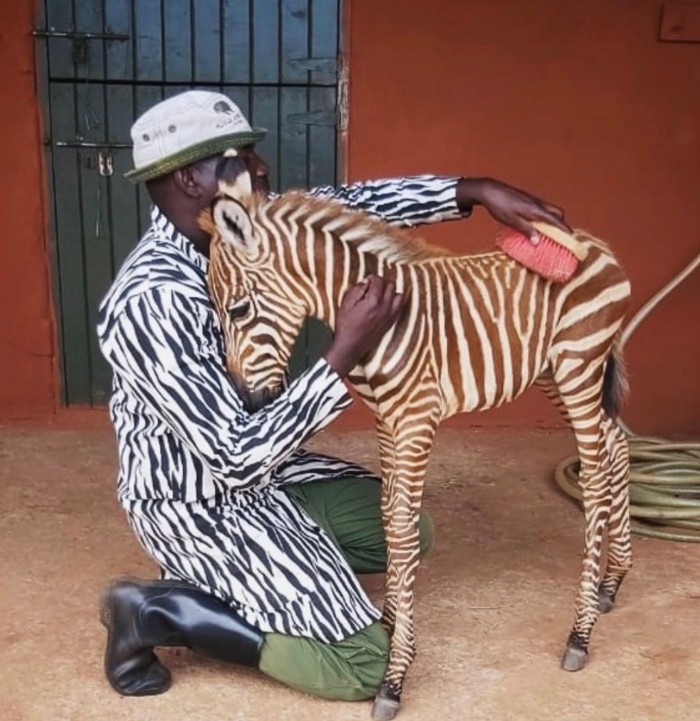 Since Diria arrived at the Sheldrick Wildlife Trust, he has done very well. On their Facebook page, the said, “Diria is incredibly affectionate with his carers and, perhaps with the exception of his milk, loves nothing more than nuzzling into them as they comfortingly groom him.”

Eventually, once Diria is grown, the Sheldrick Wildlife Trust will take her back into the wild so she can thrive in her natural habitat. But for now, they will snuggle him, feed him, and help him grow in the safety of their shelter.

Watch Diria roam around with a shelter worker in his special zebra coat in the video below (watch until the end to see what Diria does when he hides behind a bush). Help bring a smile to someone’s day by sharing this sweet story with a friend!

A little Diria to brighten your day! (And make sure you watch through to the end to see his best gallop.) Diria is a very brave little chap. After lions killed his mother and then set their sights on him, Diria survived by hiding in plain sight among a nearby herd of goats. Now, we’re raising him at our Voi Reintegration Unit, where we have successfully raised several orphaned zebra before him. You may be wondering why Diria’s Keeper is wearing such an eye-catching jacket. A zebra foal imprints on its mother by her unique striped pattern. So, our Keepers put on this special jacket when they work with Diria so he recognizes them as his carer, without becoming overly attached to any one individual. _________ Video © David Sheldrick Wildlife Trust #SheldrickTrust #DSWT #Diria #zebra #kenya #whyilovekenya #conservation #tsavo #protect #africa #wildlife