Officer Jason Smith was at work one day in Kansas City, Missouri, when he spotted something worth stopping for on the highway.

It wasn’t a speeding car, a person walking on the shoulder, or even a human in need. A tiny kitten was stranded on the median wall, and he knew he had to help her! 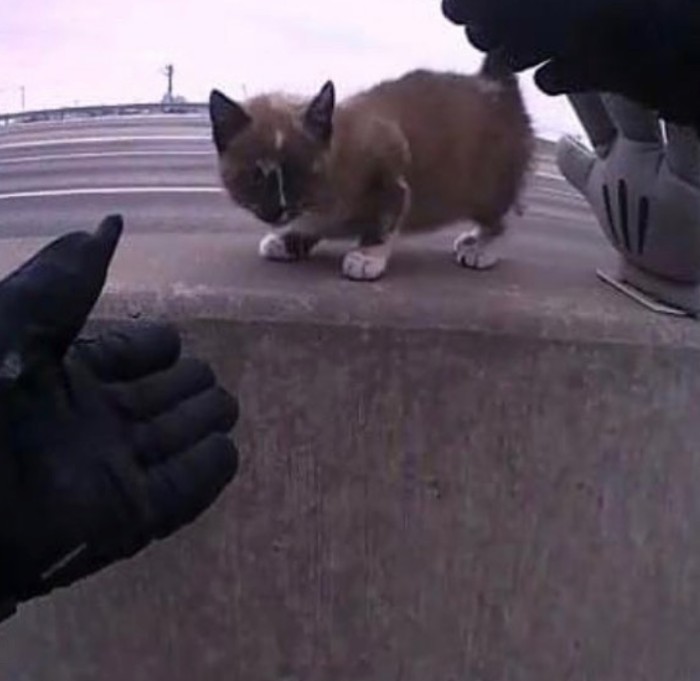 Smith immediately stopped his car and called for backup so he could slow traffic down enough to safely reach the median.

Once he’d removed the scared cat from the cement wall, he brought her into his police car. There, she let out the cutest little meows as she checked out her surroundings (and found the button to turn on the siren). Despite her scary ordeal, she clearly felt right at home with Smith!

The feeling was mutual. “I pretty immediately connected to that cat,” he said later. “I just really liked that cat, right from the start.” 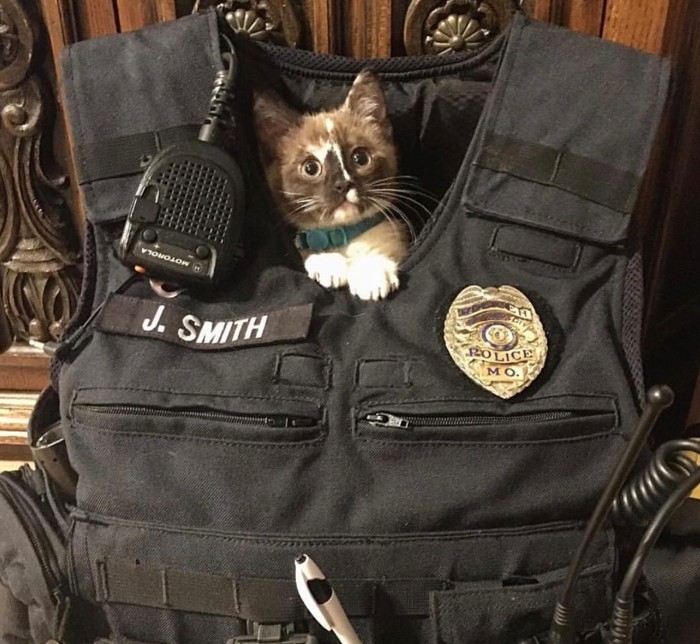 In fact, he liked her so much that he decided to adopt her! After taking Bella to a nearby animal shelter, Smith learned that she spent a few hours trapped in the cold before he arrived and needed some tender loving care before she was released for adoption.

The moment she was strong enough, the shelter contacted Smith. He rushed over to pick Bella up and brought her to her forever home for the first time!

Over a year later, Bella not only has a great dad, but she also has a huge fanbase thanks to her viral fame. The Smith family set up an Instagram account for her so we can follow her sweet adventures. 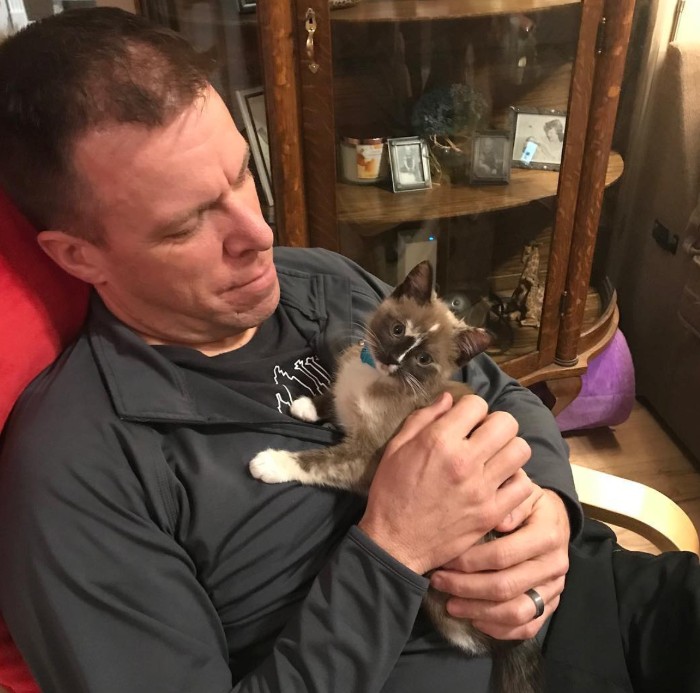 While no one is sure how Bella got onto the median in the first place, it led her to her wonderful family. Not to mention, she and Smith are the cutest buddy-cop duo we’ve ever seen!

Watch Bella’s rescue in the video below, and remember to share this story with your friends.