To Sepp Shirey, football is so much more than a sport. It’s what’s pushed him to make achievements far greater than he ever thought himself capable of.

The Virginia native was born with cerebral palsy, but it’s never held him back from doing what he loves: playing football. In fact, his dad Hunter says Sepp ditched his walker as a kid to chase the ball around with friends in his yard!

It should come as no surprise, then, that as a teen, Sepp joined Atlee High School’s football team. And almost two years ago, the senior blew millions away with his incredible accomplishment on the field. 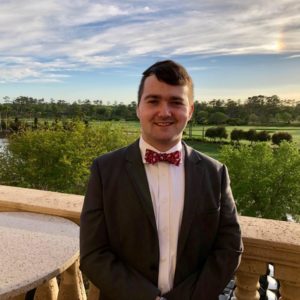 It was Atlee’s senior night in the game against Varina, and Sepp’s teammates wanted to see him play. Coach Matt Gray agreed.

The plan was to hand the ball off to Sepp to carry for a few yards. But then, something amazing happened when Varina linebacker Taesean Crutchfield watched Sepp run. “I looked at him, I was clapping him on. I just wanted him to score because I knew it would be a good feeling for him,” he said. 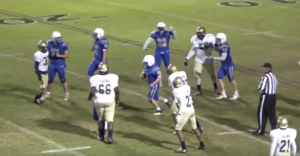 So he told his teammates to let Sepp have his moment. And they did one better. Sepp’s opponents trailed him, running alongside his teammates, all the while clapping and cheering him on. 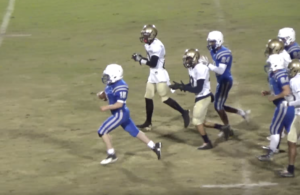 And perhaps because of their support, Sepp ran a full 80 yards — much farther than he thought possible. At the end, though, he felt all his strength starting leave his legs… 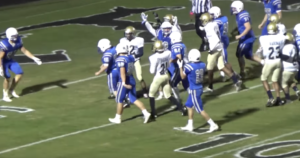 …but not before he scored a touchdown! 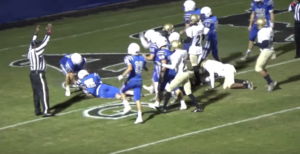 After Sepp collapsed in the end zone, all the players rushed to surround and congratulate him. It was a beautiful moment that left hardly any dry eyes in the stadium. “To watch our kids make that decision and to escort him into that end zone knowing that’s the dream of a lifetime. It meant everything,” said Varina head coach Stu Brown. 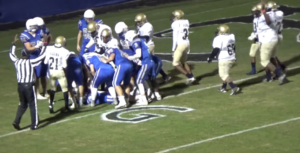 “The fact that I fulfilled a dream that I’ve had forever — of scoring a touchdown and crossing the goal line — is incredible,” Sepp added. And he’ll never forget it. Now he’s chasing even bigger dreams at the University of Alabama, where he’s studying sports media. This guy is unstoppable!

Watch as Sepp brings opposing teams together in the touching video below. Share to spread the positivity!