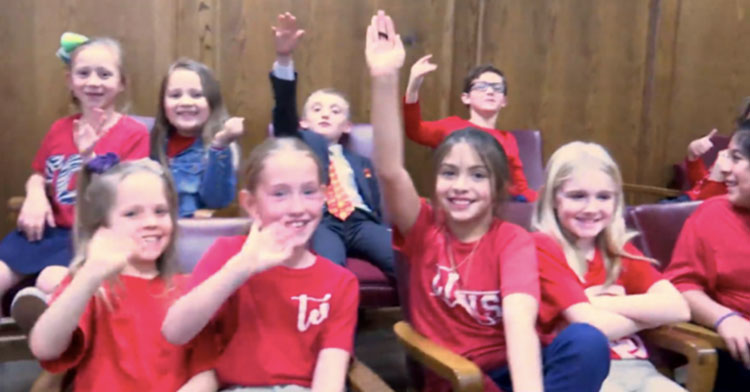 2nd-Grader Breaks Down When Classmates Surprise Her At Adopt...

Suzanne and Colt Scott of Texas knew from day one that they wanted to keep their foster daughters forever.

The sisters first came to live with them in May 2018 after leaving a home touched by addiction. Nearly two years later, 8-year-old Selah and 2-year-old Skye became permanent members of the Scott clan! 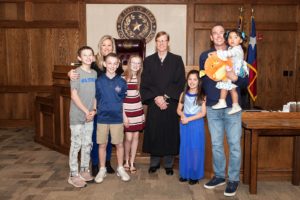 Their adoption ceremony was every bit as amazing as they imagined. Not only were they gaining two parents and three siblings, Ryder, Sydney, and Jett, but they also received some surprise visitors!

Selah had spoken about her adoption at school, but she had no idea that second-grade teacher Ms. Ramirez would bring her entire class to the Lubbock Courthouse to celebrate! But on March 5, they were there, waving and cheering.

The moment was sweet enough to warm Judge Hatch’s heart: “I can tell by this courtroom being probably as full as it ever has been in my ten and a half years that there is a tremendous amount of support for this proposed adoption.” 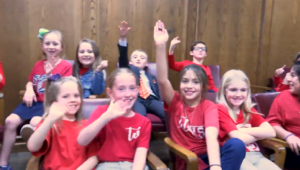 The outpouring of love was so tangible that Selah couldn’t help breaking down. It meant the world to her to share this life-changing event with her friends!

“It was the sweetest thing you’ve ever seen,” Suzanne told GMA. “She burst into tears and [the kids] got to sit in the jury box which was so cute. She covered her face with both hands and couldn’t look up because she started crying.”

Of course, she wasn’t the only one who was touched. Her mom added, “[W]e needed them in our lives just as much as they needed us.” 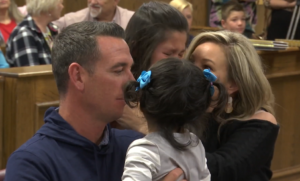 We’re so happy these girls found where they belong! Congratulations, Scott family!

Watch Selah’s special surprise in the video below, and share this story to spread the love.