We’ve seen dozens of unique proposals at InspireMore, but never one quite so ‘sneaky’ as this.

Samuel Vissers and Sarah Rosenhauer met in October 2012 while both on the swim team at Western Illinois University. Their friendship grew through hours spent talking all night at their campus library, all before going to practice together at 5am the next morning.

Their friendship quickly turned romantic, and the rest is history. 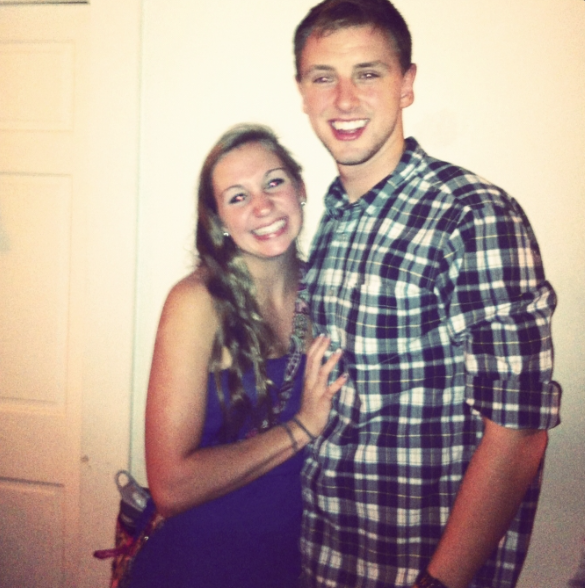 Sarah finally graduated this year and the couple decided a celebration was in order. They booked a flight to Cancun, Mexico for a week’s long R&R in paradise… and it was there that Sarah said yes to Samuel forever. 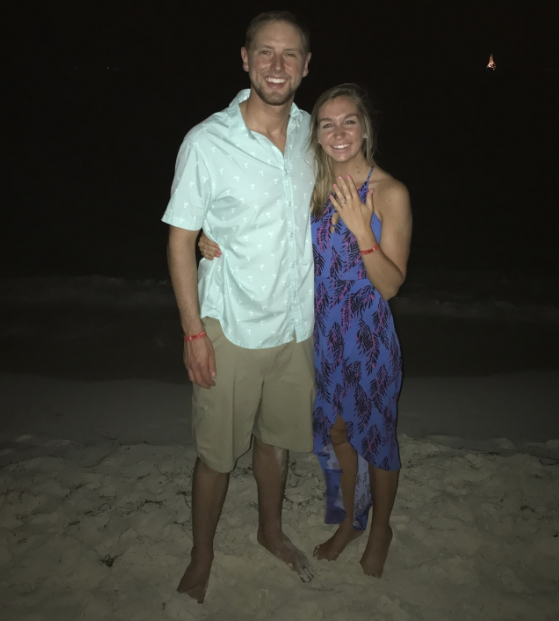 On the beach, with just the surf and sand surrounding, Samuel looked into Sarah’s eyes with a surprising admission… he’d been secretly proposing to her for months.

She had no idea. 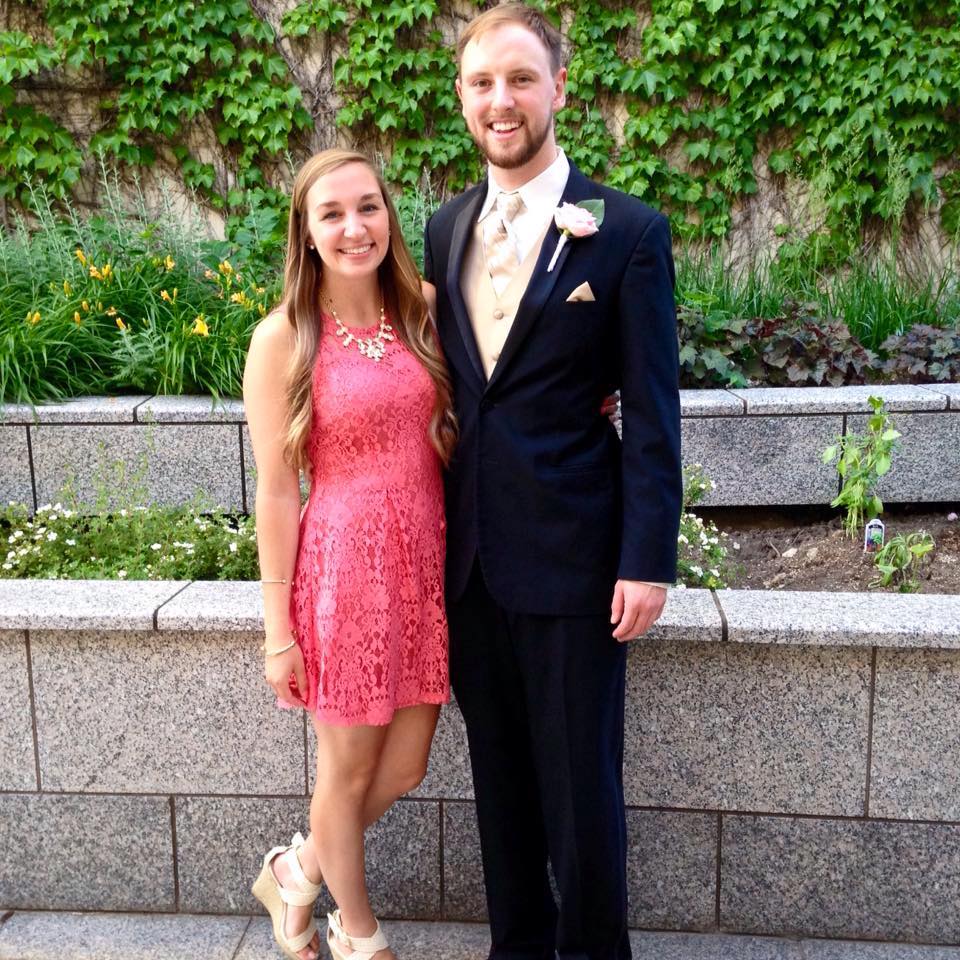 Sneaky Samuel enlisted the help of strangers, family and friends to cleverly ask Sarah to marry him months before the big proposal.

Samuel planned this from the beginning. First, he asked a stranger at a baseball game to hold a sign that simply read ‘will’ then snapped a picture with Sarah. 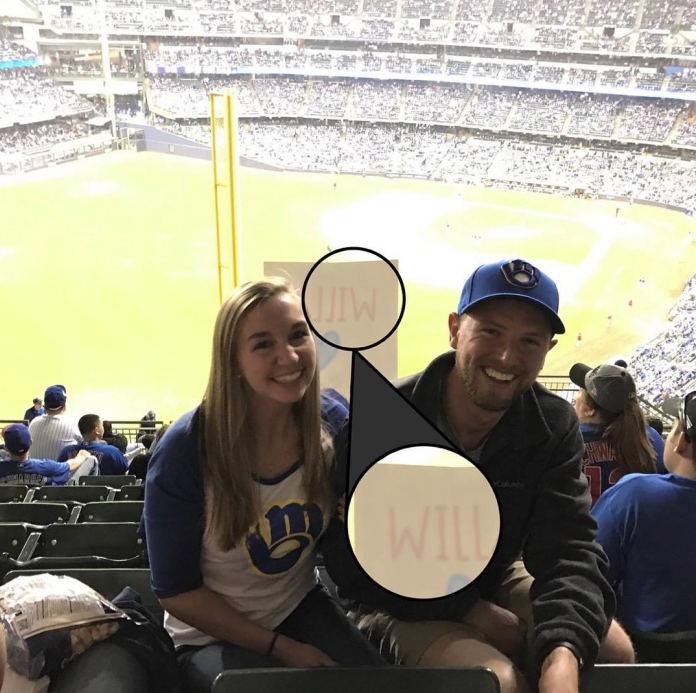 A few weeks later, Sam spotted a man nearby with a shirt that read ‘you’ and didn’t hesitate to snag the shot. 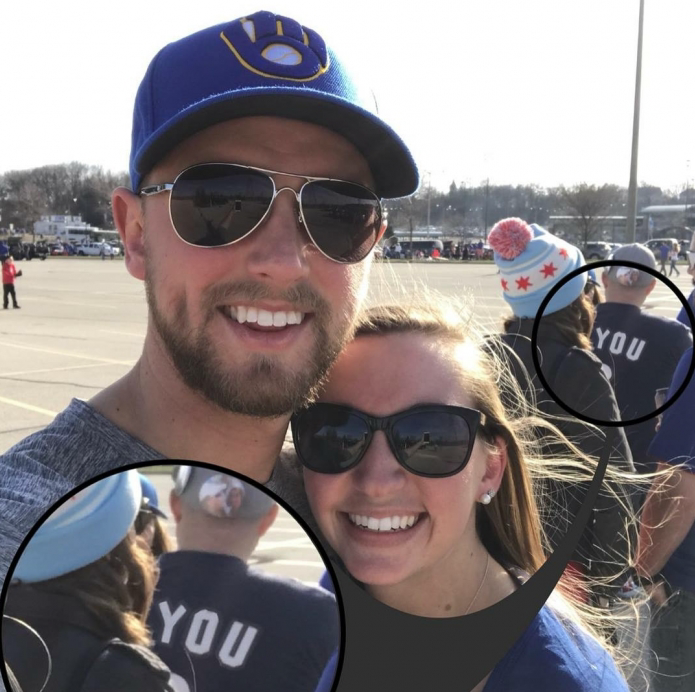 On this tricky word, Sam had to be especially sneaky. He used the labels on a Malibu and cranberry bottle to spell out ‘Marry.’ 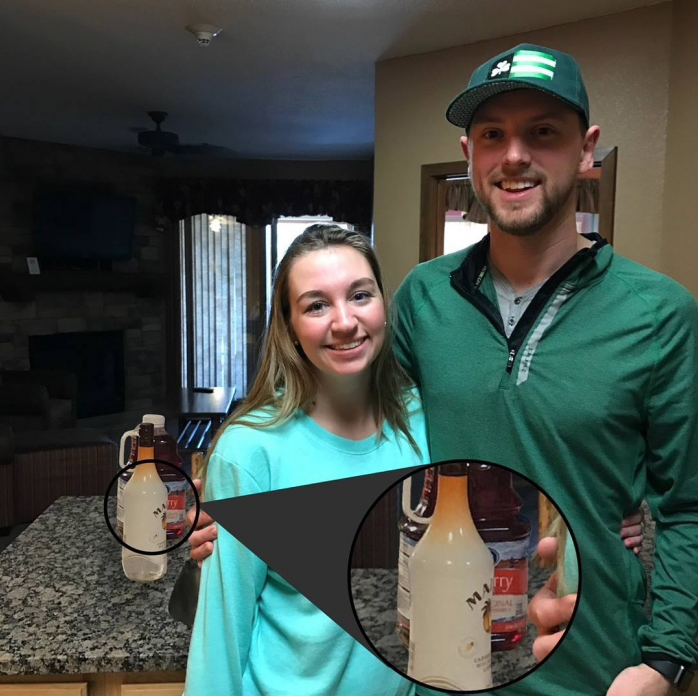 A conveniently placed license plate for ‘me.’ 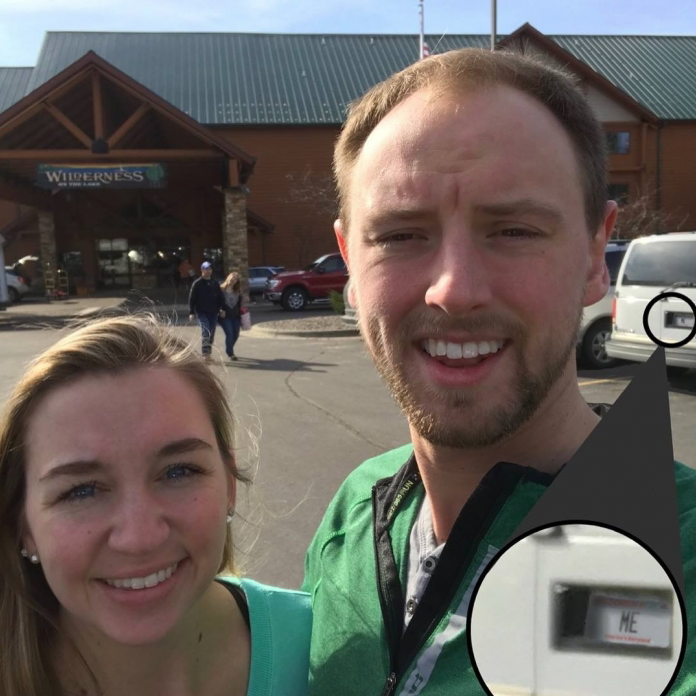 And finally a slightly blatant question mark taped to a drink machine at a filling station. 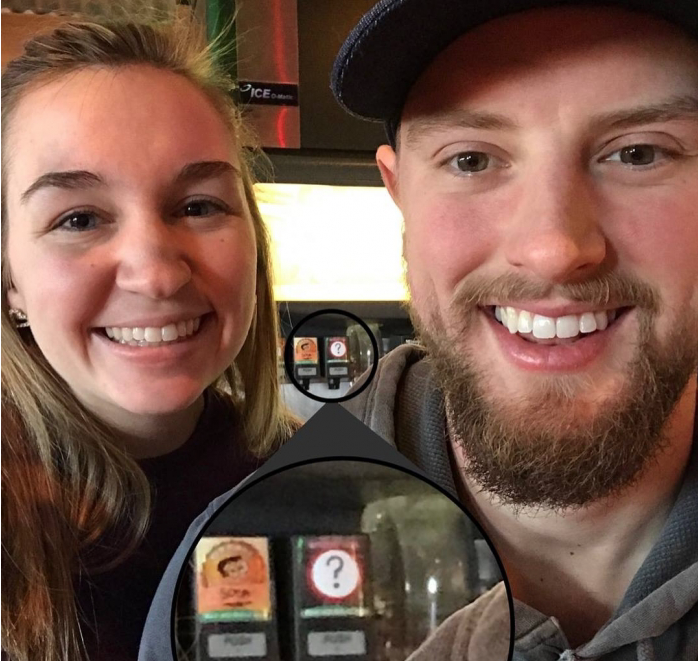 As Samuel described the lengths he went to for the photos and Sarah broke down in tears. Knowing that he loved her enough to plan such a sweet surprise meant everything her. 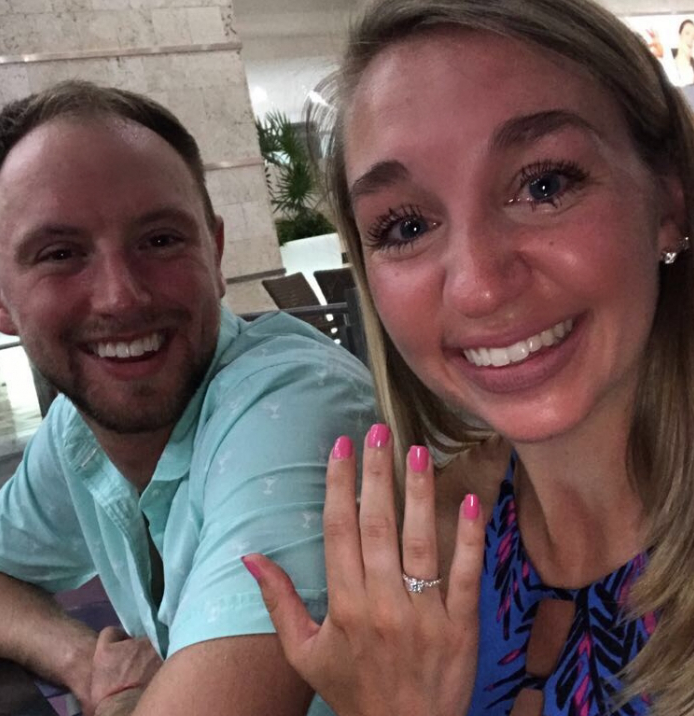 Share this adorable engagement tactic with your friends today!