Sarah Lindgren knew she was making a bad decision when she slipped a package of steaks into her grocery bag without paying.

It didn’t take long for her shoplifting to end just the way she’d feared: with an officer showing up. But his surprising response left the Minnesota mom crying tears of joy and thanking her “guardian angel.” 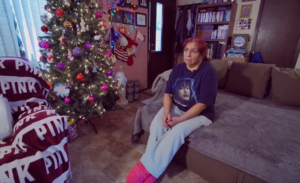 The 61-year-old never thought she would have to steal, but that was before her husband passed away a few years ago. She became the sole provider for her three children, four grandchildren, and one great-grandchild, and they’ve been struggling ever since.

With Thanksgiving a few days away, she’d promised to bring home steaks from the Walmart in Woodbury. Unfortunately, when she reached the self-checkout lane, she realized she couldn’t afford them.

“It had been awhile since we’d had a good meal,” she said. “I was determined to give them a good meal no matter what it cost me.” So she took the food anyway. 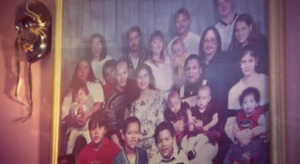 When an employee caught her and called the Woodbury Police Department, Sarah was certain she would go to jail.

Officer Bryan Wagner is no stranger to shoplifters, so when he arrived, he issued her a citation — and listened to her story. Moved, he ran a background check on her and realized she’d never done anything like this before. He understood that she’d acted out of desperation, so he decided to act out of kindness. 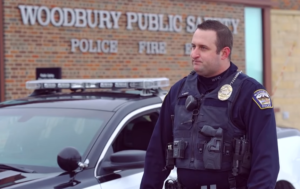 Wagner is no stranger to second chances. In 2018, a tow truck smashed into his squad car, leaving him with a brain injury. While he’s still recovering, he knows he’s lucky to be alive.

Remembering the support he’s received since then, he left Sarah and headed to the Christian Cupboard Emergency Food Shelf. 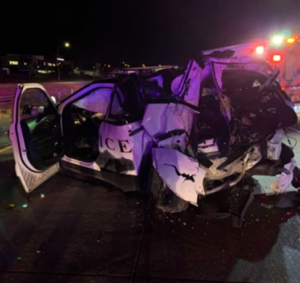 There, he shared Sarah’s story with volunteers, and they quickly got to work filling his car with fresh fruits, vegetables, and cans of food. When he had enough to go around, he went directly to Sarah’s house.

Sarah thought he was there to arrest her, but then she saw the groceries. Even better, he told her to forget about the citation. He’d taken care of it — and helped her family!

“He made me feel like I wasn’t all alone, like I wasn’t carrying the whole load by myself,” Sarah said later. “He’s my guardian angel.” 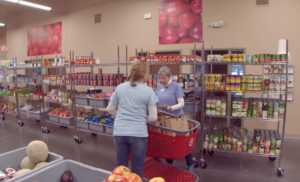 The way Wagner sees it, everyone deserves a second chance! We’re so glad he could be there for Sarah and her family during a difficult time.

Learn more about this incredible good deed in the video below, and share this story to encourage more acts of kindness.