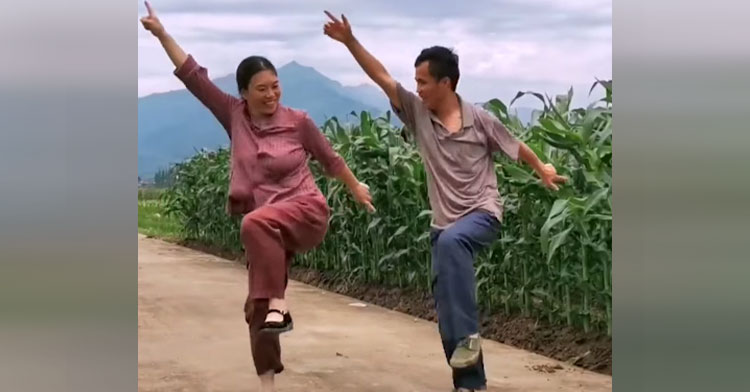 A farm is hardly the place we would expect a new dance craze to begin, but that’s exactly what’s happening in China’s Zhejiang province!

Fan Deduo and Peng Xiaoying live in a rural area with their two children. A few years ago, Fan was in a bad car accident that left him depressed. When a doctor suggested that getting more exercise could raise his spirits, Peng suggested they learn a shuffle dance together. 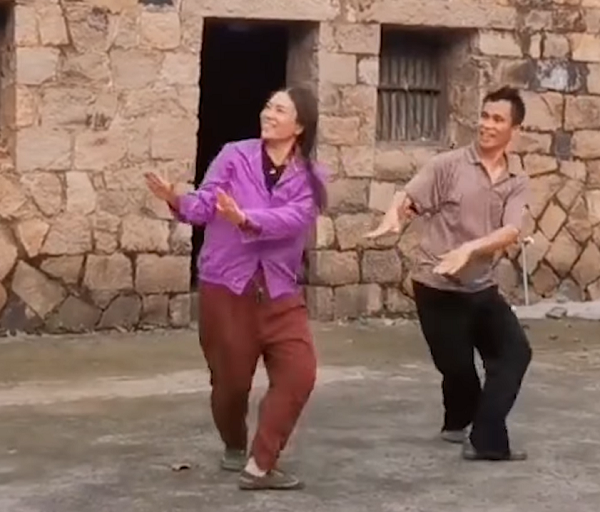 The awesome couple learned the “ghost step dance” to get started, and the change in Fan’s mood was instantaneous! He no longer felt scared all the time and was able to open up to his family more. Not to mention, the high-energy moves flooded his body with endorphins, making him feel more optimistic about the world.

Soon, the two of them were dancing every day! As they go about their chores on the farm, they often stop for the best of breaks.

“Whenever we feel upset, the shuffle dance always helps cheer us up and lighten our mood. It has been such an uplift in our lives,” Peng said. “I think the main reason we get so happy when we dance has to do with the idea of our exercising with the shuffle on the ridges. It’s really exciting.”

Peng and Fan created their own version of the moves, which they’re calling the “rural shuffle dance.” Their kids have since gotten in on the action, making these daily dance-offs even better!

When they were unable to leave their farm for weeks due to the novel coronavirus pandemic, they started sharing their videos on Douyin, the Chinese version of TikTok. Their posts were a big hit and quickly went viral. 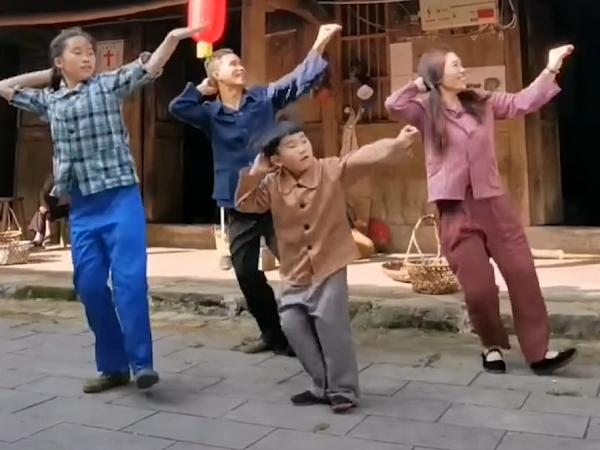 Exercise is great for the mind! We hope more people follow their lead and dance whenever the mood strikes them!

Watch Fan and Peng living their best life in the video below, and don’t forget to share this story.