Dedication, practice, and teamwork are all words the Royal Thai Navy live and breathe. You can tell by the way their drill team oozes with jaw-dropping talent. In fact, millions are still gushing over one of their performances years after it took place on the country’s Armed Forces Day. 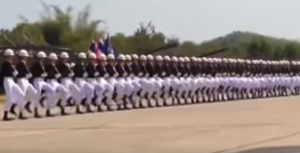 In a video recorded of the event back in 2014, they begin much like any other drill team, marching armed in unison. But then, as a military band covers Europe’s “The Final Countdown,” they start moving with insane synchronization. 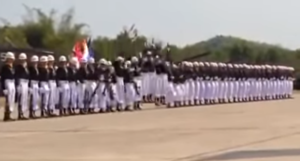 Every single member has the choreography down to a tee, which must have taken months to perfect. The team moves slow, then impressively fast with wave-like movements you’d expect to see from a caterpillar or centipede. 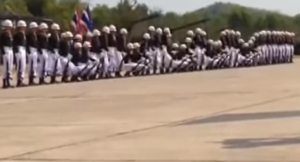 Military precision is the best way to describe their seamless transitions, but at the same time, it doesn’t do their skills justice. Watching them move together is simply mesmerizing. And the millions who’ve seen the video agree. 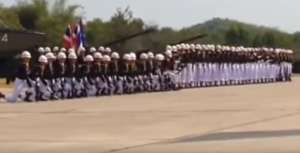 “This is amazing. Such synchronization!!! Lots of talent and coordination. I have never seen any military-style maneuvers quite like this. Loved watching,” one viewer wrote on Facebook.

Another added, “Truly amazing how fast the transitions are, and the timing to make such a visual effect! Great Job!”

It would be no understatement to call them the smoothest drill team ever. Their hard work really shows, and it’s absolutely stunning. We could go on to sing their praises forever but you have to see it to believe it.

To fully appreciate their talent, check out their amazing routine in the video below, and don’t forget to share to amaze others!