We take our ability to pick up a cup or pull on a pair of socks for granted, but for the estimated 10 million people living with Parkinson’s Disease, these are herculean tasks.

Anything involving coordination is difficult because their brains aren’t producing enough dopamine, a neurotransmitter that allows the brain to control movement. Taking medications can help the body produce synthetic dopamine, but the problem is many patients often stop responding to the drugs, at least at the initial levels. So scientist’s developed a supplemental treatment known as Deep Brain Stimulation, or DBS. 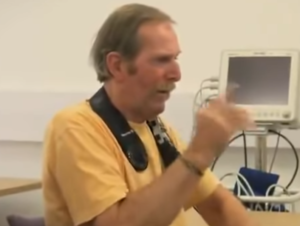 And DBS is helping thousands regain mobility. Below a retired Royal Marine who’s suffering from Parkinson’s sits in a lab, surrounded by doctors, technicians and family members. When he tries to bring his finger to his nose, it trembles and wags in mid-air, and when his fingertip finally does touch his nose, it does so with such force that he visibly winces.

Then he’s told to lift up an empty plastic cup and lift it to his lips as if he’s about to drink, but his hand has a violent trembling that almost sends the cup tumbling to the ground.

But then the technician turns on the DBS and everything changes. 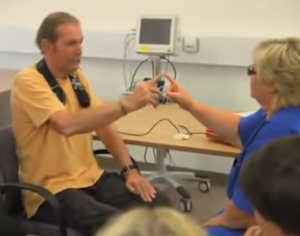 Asked to do these same tasks again, he puts almost no effort into touching his finger to his nose, then to another woman’s fingertip, and he is able to lift the cup to this mouth with so much ease. 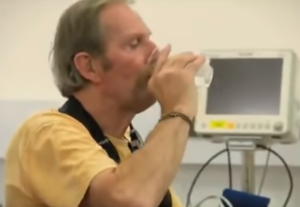 So, what, exactly, happened?

With deep brain stimulation, wires are surgically inserted into the brain and stimulate areas involved with muscle control. The wires are connected to batteries located under the skin, in the chest area, with the non-rechargeable variety able to last up to five years and the re-chargeable up to 25 years. 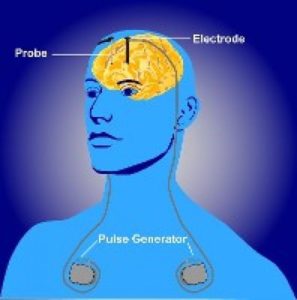 Recent research shows that patients in the early stages of Parkinson’s disease will benefit from deep brain stimulation in addition to any medication they’re taking, says Dr, James FitzGerald, a neurosurgeon at the University of Oxford.

It is worth considering as soon as on/off fluctuations become troublesome. We shouldn’t be waiting until people are experiencing very severe problems with their movement and medication before we consider surgery.

The Deep Brain Stimulation (DBS) devices are produced by Boston Scientific, which also produces Spinal Cord Stimulators (SCS) to help treat chronic pain.  There are a lot of people who see the potential for these devices to improve the lives of their loved ones who are suffering from this incurable disease.

And people who’ve viewed the video are stunned at this potentially life-changing technology:

Watch the video below to see this device at work, and share to spread the word to those who need it.

We Tried Book Of The Month And Here’s What You Should Know.

This summer, in particular, we are craving activities that allow us to get offline, unplug, and relax. One of the best ways to achieve this? Go back to the basics...

Man With Cerebral Palsy Tries On Magnetic “Button-Down” & His Smile Is Contagious.

There are many challenges associated with living with cerebral palsy, including everyday inconveniences many of us take for granted — like buttoning a shirt. One clothing company decided to get...

When people adopt a pet, we often wonder, "Who really saved whom?" In the case of Brian Myers and his German shepherd named Sadie, the answer is clear: They saved...