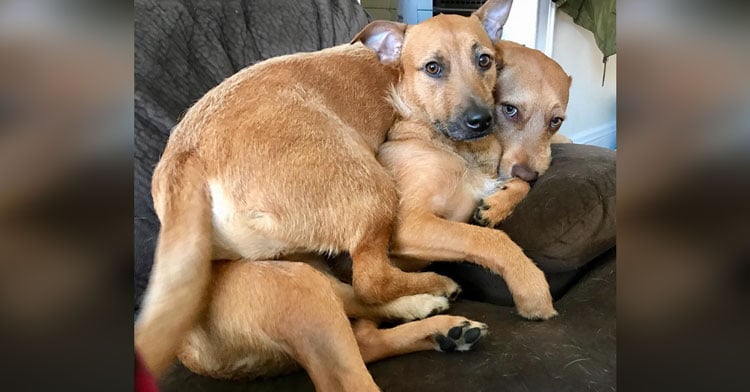 Living in an apartment in Boston can be hard enough as it is without sharing the cramped quarters with three furry companions. But as fate would have it, Bethany Coleman and her boyfriend were about to take on one more.

Bethany and Tyson already had two senior cats and a female cairn terrier mix, Rogue, who Bethany rescued from the Animal Rescue League of Boston when she was just 10 weeks old. As a bitty pup, she was more than happy lounging around with the cats and was used to being the smallest one in the family. 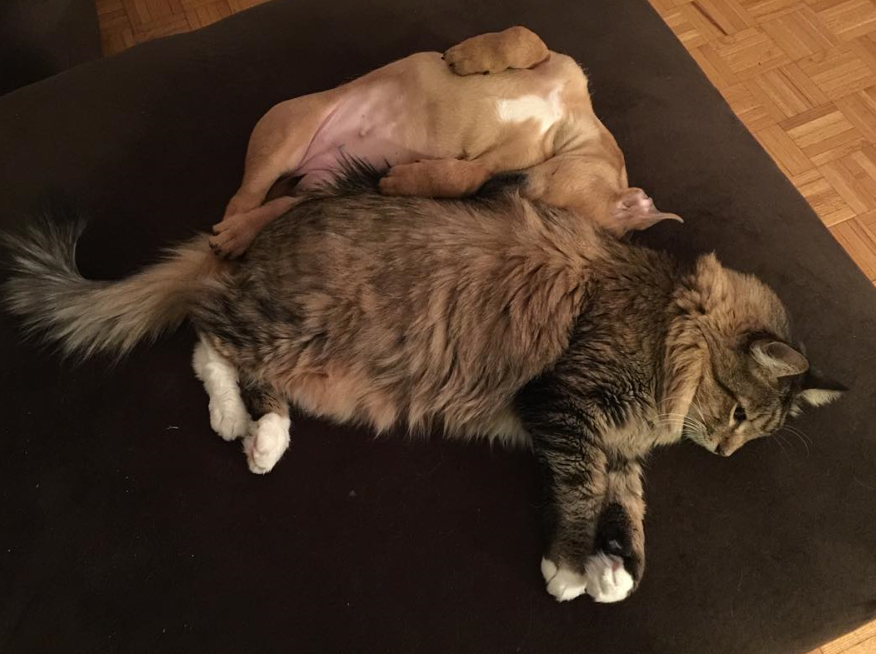 So they maintained the status quo and had no plans to change it… until mid-2016, when Bethany and Rogue headed out to the local farmer’s market. A local shelter, Last Hope K9 Rescue, brought a bunch of dogs out that day with hopes of finding them forever homes. Bethany had to do a double take when she one of the puppies… was Rogue standing in front of a mirror? They looked exactly alike! 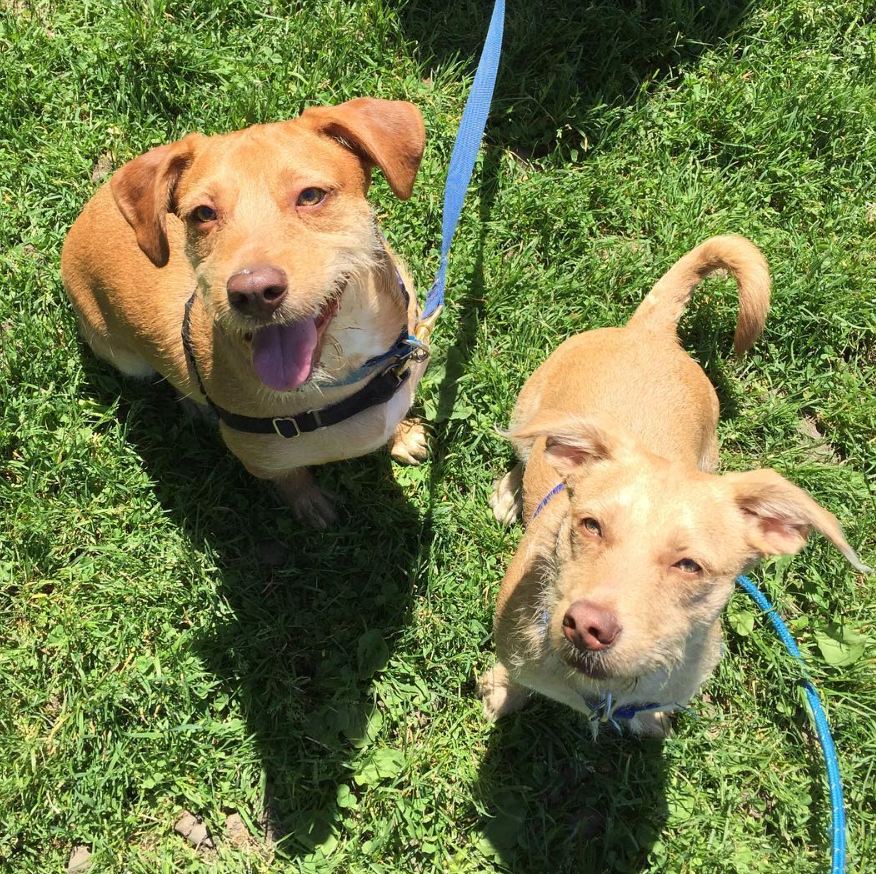 She wasn’t the only one who noticed, either. Rogue immediately took to the little guy and glanced up at Mom with pleading eyes: “Pleeeeeease? Can we, Mom? Huh, can we?” 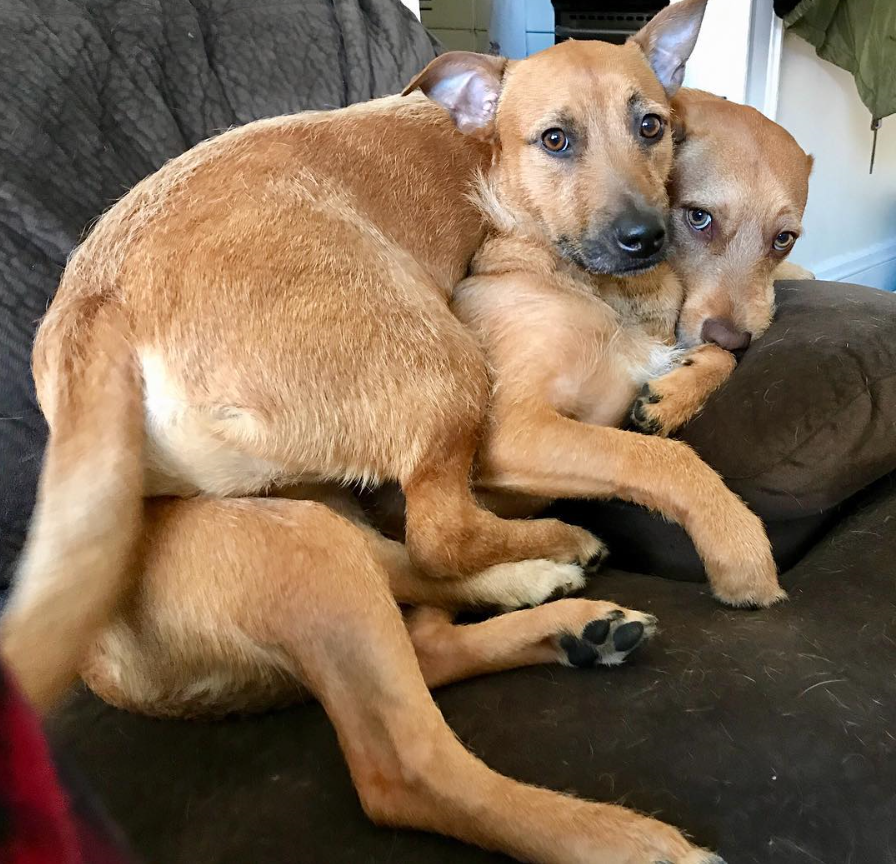 As if she could resist. And with that, they became a family of six.

It took about a month to adjust, but everyone eventually settled in to the new living arrangements (which ended up getting a pretty sweet upgrade when the family moved to Hawaii). 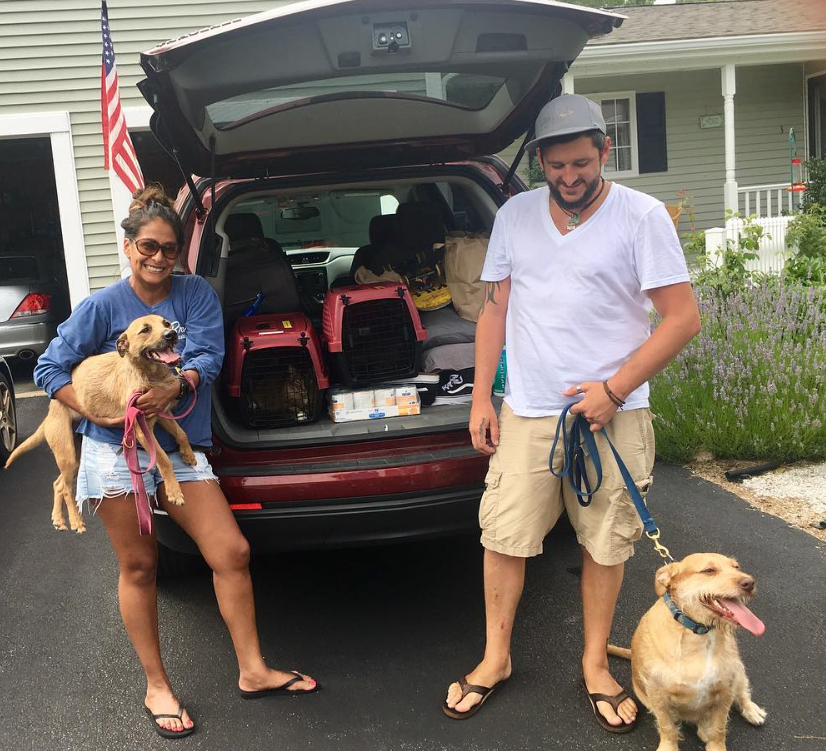 The adorable doppelgänger do everything together, including, it seems, taking one another on walks.

@rogueandbeast When you’re new puppy and “old” puppy are so happy to have each other that they insist on walking each other! 🐶🐶 We’re happy to announce our newest addition to our little family, Beast! This 8 month old came to us from @lasthopek9 and we’re both so excited to have even more pet hair to sweep, vet visits to go to, shoes to be used as chew toys and messes they swear the cats did ❤️ #rogueandbeast #xmen #alwaysrescue

…But it’s so worth it to have a best friend! 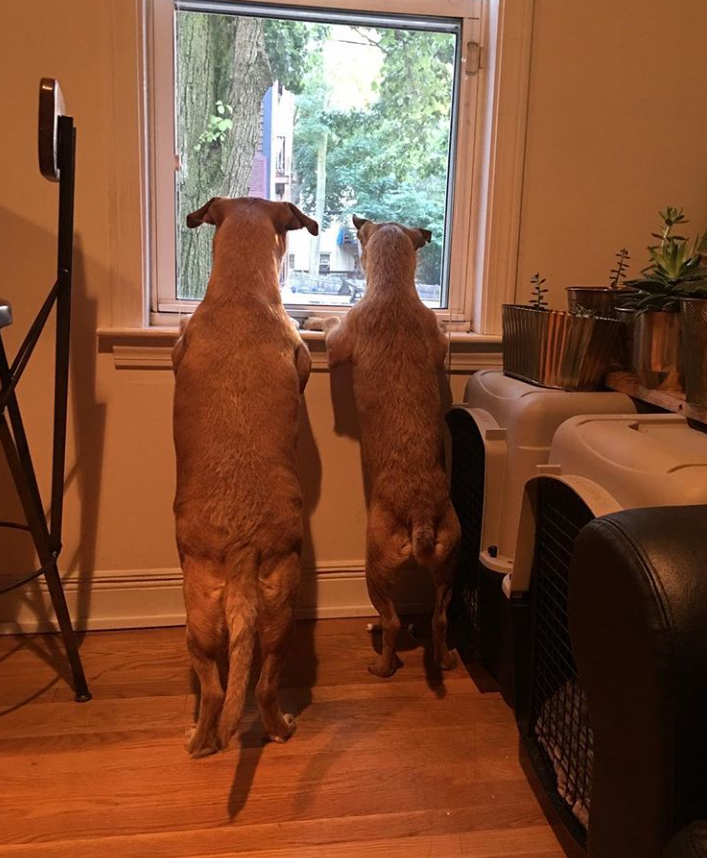 It’s been a couple years since the adoption papers were signed, and some things have changed. Now that Rogue has a little brother to look out for, she’s mellowed out from her only-dog days but remains just as smart and energetic as ever. As for Beast, he’s now bigger than his big sis but is still the same affectionate lovebug who loves nothing more than curling up with his parents. 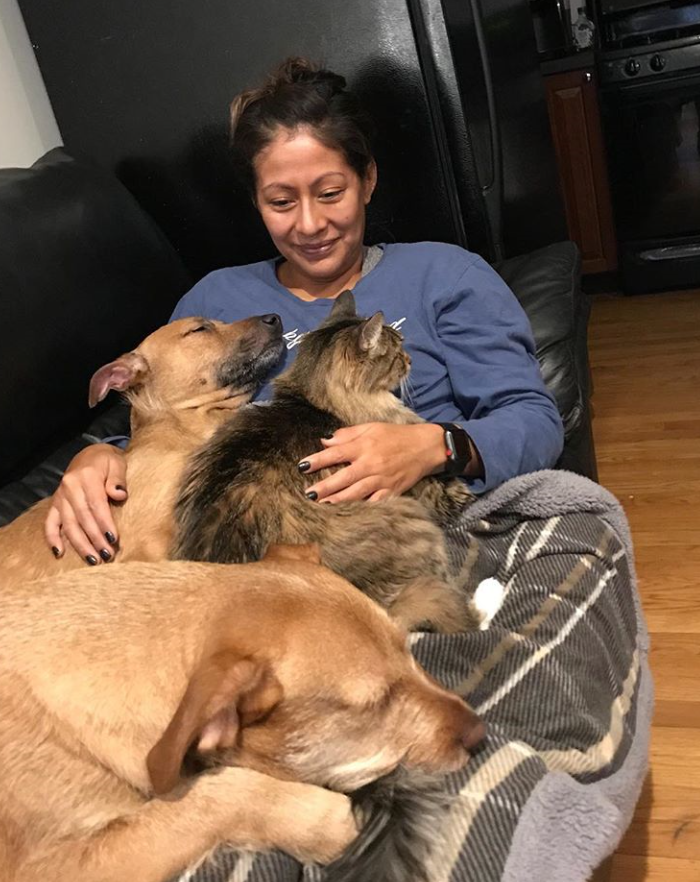 If successfully moving across (and beyond) the continent taught this family unit anything, it’s that they’ll be “always be together,” Bethany says.

(We) will always appreciate each day for the unconditional love they give us and we can’t wait for the next adventure. I jokingly say we’re starting our (own) little Noah’s ark. Two humans, two cats and two dogs.

Of course, if Beast and Bethany hit the farmers market and he spots his own mini me, that could easily change. 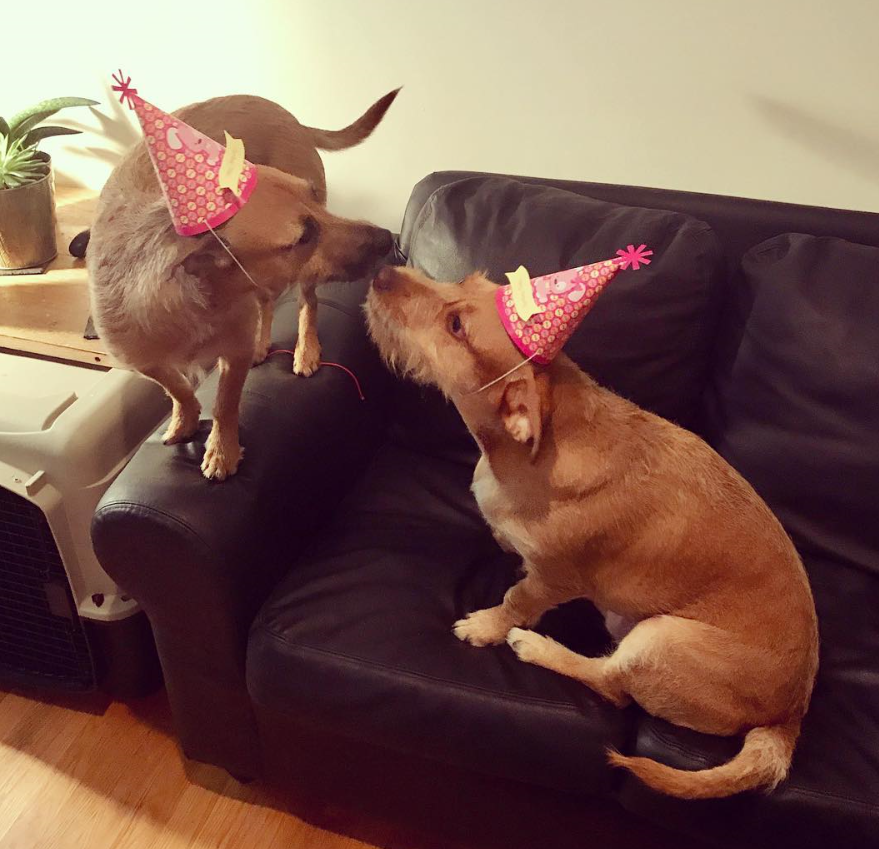