Firefighters and police officers help our communities in so many ways! No emergency is too big or too small for these hometown heroes.

So when a first-grader at Heritage Charter Academy in Cape Coral, Florida, threw another student’s favorite teddy bear onto the school’s roof, resource officer Carl Cannady decided to call in the pros. 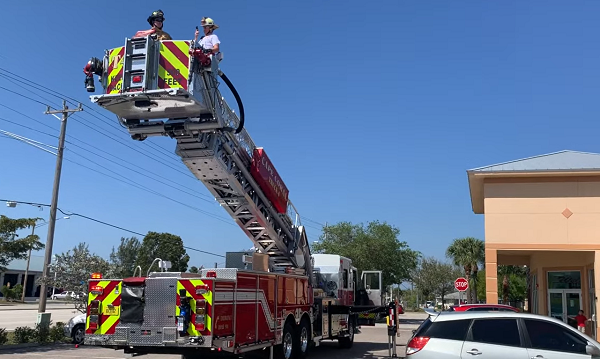 The bear’s name is RockStar Freddy, and he’s Ashton’s favorite toy in the world. When poor Freddy ended up on top of the school, his friends rushed to help him.

“A week ago they started saying, ‘RockStar Freddy’s up on the roof and we need to get him,'” Cannady said later. “I spoke with the fire department, and they were like, ‘Yeah, I think we can do this.'”

And they were right! The Cape Coral police and fire departments showed up, and one of the firefighters used a cherry picker to save “the victim.” The good news is RockStar Freddy looks no worse for wear! 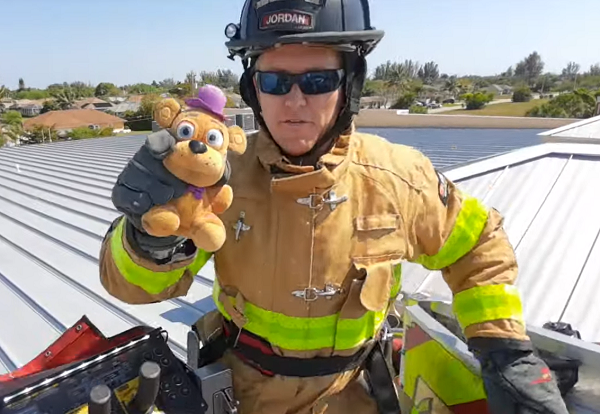 Then the firefighter had the pleasure of reuniting Ashton with his toy! The little boy shyly accepted RockStar Freddy and immediately cradled him to his chest.

“He’s not a hugger,” his mom told the firefighter, but the boy still managed to give his new hero a high five to thank him for the rescue mission.

“I think we’ve made his day,” Cannady added. Sure looks that way! 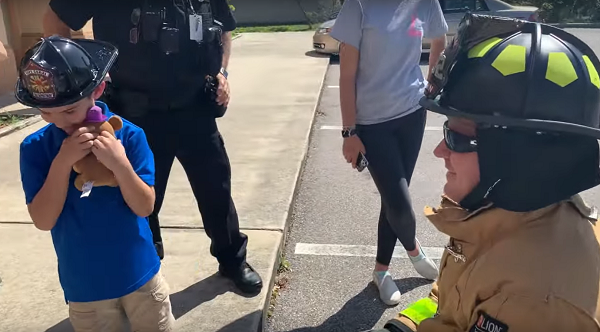 Of all the brave rescues we’ve seen, this is one of the sweetest! Plus, it’s a great lesson for every student. Firefighters and police officers are here to help us!

Watch RockStar Freddy’s incredible rescue in the video above, and be sure to share this story.