In February, we shared with you the incredible story of Robert Mendez, Jr., the football coach known by his motto and team battle cry, “Who says I can’t?”

Despite being born without limbs due to a rare disorder called tetra-amelia, Robert has spent his life focusing only on what he can do. That mindset has propelled him further than anyone expected. It’s what drove him for more than a decade toward fulfilling his dream — becoming head coach for the junior varsity football team at Prospect High School in Saratoga, California. 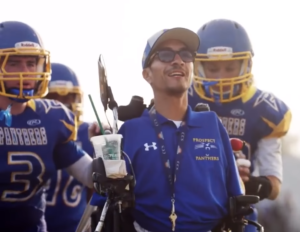 In his first season, Coach Mendez taught his team the meaning the perseverance, leading them to an 8-2 record. And despite losing the league championship game, he won his players’ loyalty forever — and, recently, recognition for his incredible spirit.

This year, Rob received the Jimmy V Award for Perseverance, presented at the ESPY Awards to “a deserving member of the sporting world who has overcome great obstacles through perseverance and determination.” Nobody could have been a better fit. 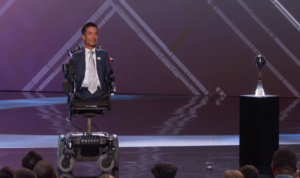 As Rob accepted his award, he thanked a number of people for helping him get to where he is today, including his mother for planting the seed of optimism in him, his father for nurturing his passion for sports, and Prospect High School students and administration for giving him a chance. Then, true to his character, the passionate coach shared a piece of his unending wisdom. 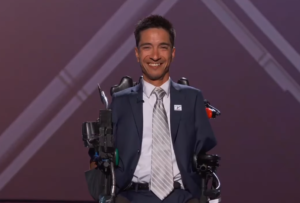 It’s honestly been hard for me to fathom receiving this award, being recognized alongside heroes of mine like Coach Valvano, Stuart Scott, Jim Kelly and so many others.

But the reality is that I am here. And if there’s any message that I want to give you guys tonight, it’s to look at me and see how much passion I put into coaching and how far it’s gotten me. When you dedicate yourself to something and open your mind to different possibilities and focus on what you can do instead of what you can’t do, you really can go places in this world. 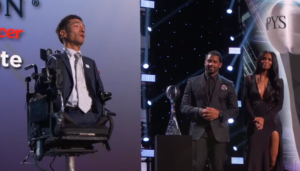 The best part of coaching is seeing someone’s potential and making them realize what’s possible. So for anyone out there not sure if they can do something … I’m here to tell you that you can do it,” Rob added. “It can happen. And I’m not done yet. I’ve made it this far. Who says I can’t go further? 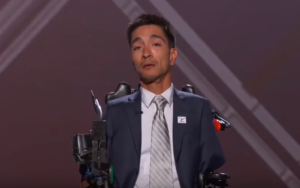 Rob may have been born without arms or legs, but he was clearly born with the amazing ability to motivate others. As he’s already well aware, there’s nothing this man can’t do!

Listen to Coach Mendez’s moving acceptance speech in the video below, and share his wise words to inspire others!