Richard Karoliussen is dead serious when it comes to studying and researching orcas in his native Norway. Most of the time, anyway.

He and Eve Jourdain (pictured below, left and right) are co-founders of the research group Norwegian Orca Survey, and during an outing a few months back, they came across a pod of killer whales. And Richard simply couldn’t resist: He started whistling. And the way these majestic giants of the sea responded is nothing short of incredible! 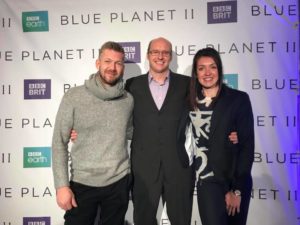 And as we all know, whales use whistles, clicks and all sorts of other sounds to communicate as well as navigate. So these big guys were probably confused in the beginning (“Dude needs to work on his pronunciation”).

But they were curious and decided to stick around and play, since this was probably a once-in-a-lifetime thing for them, too! 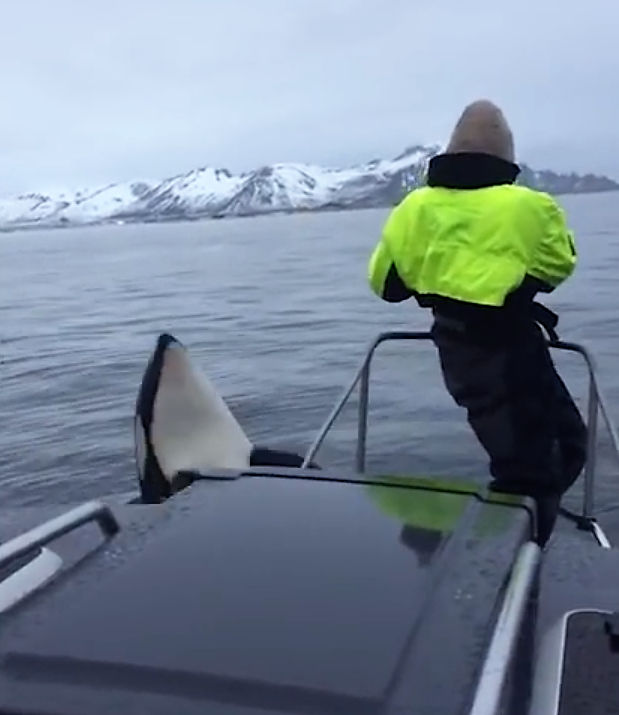 These particular orcas “played around the boat for hours,” the non-profit group wrote in a Facebook post shortly after the encounter, and the video below is just a little snippet of some of the action they got to witness. And if there’s anything that’ll make you ditch your staycation plans this summer, head up to Alaska or British Columbia and book a whale-watching trip, it’s this.

During the nearly two-minute-long video, the orcas pop out of the water like a Jack-In-The-Box, have a look around, then disappear in a cloud of bubbles before resurfacing elsewhere. At one point or another, you get to see almost every surface of their bodies, from their heads and dorsals to their white bellies… and of course they have to show off their mighty flukes! 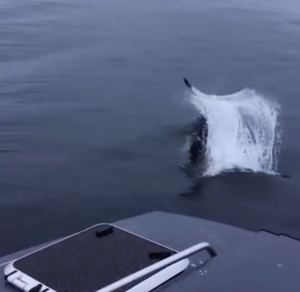 Who else here wants to reach down and scratch that massive tummy?

Check out the entire incredible encounter in the video below, and share to spread amazement!