The best parents are the ones who don’t mind getting a little dirty in the name of having fun!

Former NBA player Rex Chapman shared a sweet video to his Twitter feed that’s swiftly going viral across the internet. The video is short and sweet, but it tells a very important story about what it really means to be a dad. 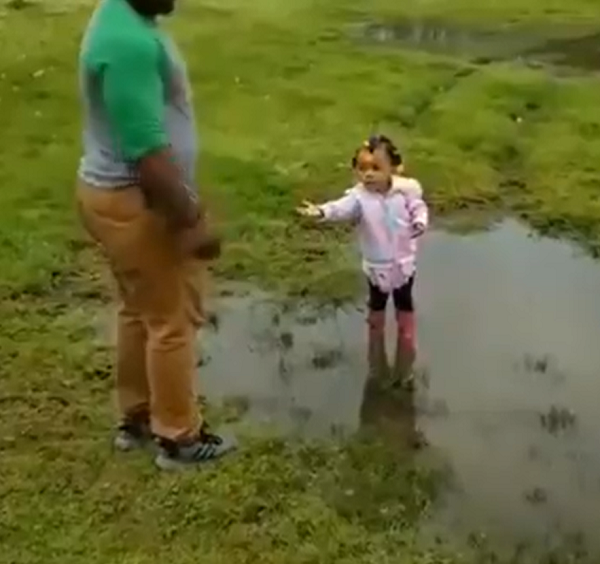 The video starts with a little girl standing ankle-deep in a vast puddle. Her dad stands on the dry ground until she reaches towards him and insistently begs him to step into the puddle too.  “C’mere, c’mere. Hold my hand,” she tells him in her adorable voice.

Here’s what separates this dad from many others: without thinking about his dry sneakers, socks, and pant legs, he hesitates only a moment before taking his daughter’s hand and stepping obligingly into the puddle. That’s when the cuteness really begins! Following the toddler’s lead, dad starts jumping enthusiastically in the mud puddle as she giggles with glee.

The video is only a few seconds long, but it had an immediate impact on the Twittersphere! It’s already been veiwed over 4.4. million times, for starters. The comments have also been overwhelmingly positive.

“The best thing about this perfect example of fatherhood is he probably did not want to get in that puddle and get his shoes all wet but he did anyway just to share that moment with the love of his life that’s fatherhood,” wrote one viewer. “I wish all parents understand their kids like this guy does. Most would worry about getting dirty rather than share their kid’s desires,” remarked another viewer. 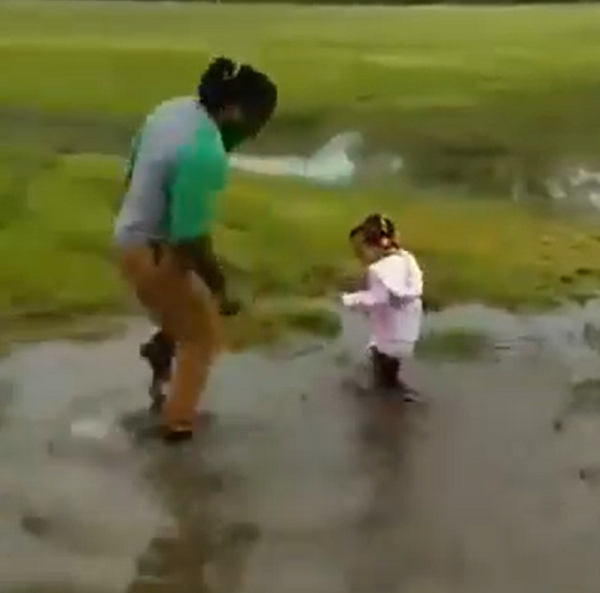 We couldn’t agree more! This dad is doing parenting right. Sometimes you’ve just got to get a little muddy to give our kids some of the best memories of their lives.

Watch the video below to see this great dad in action, and be sure to share.