Stuffed animals can bring a lot of comfort to little ones. And as it turns out, some creatures in the marine world are also big fans of plush toys. Who knew?

At the Okhotsk Tokkari Center in Monbetsu, Hokkaido, Japan, caregivers are dedicated to rescuing and treating earless seals that have been injured in the wild. The center takes seals that have been caught in fishing lines or otherwise battered by the sea, treats their wounds, and rehabilitates them.

One such earless seal who lives at the center made international waves all because they gave him his very own stuffed toy. 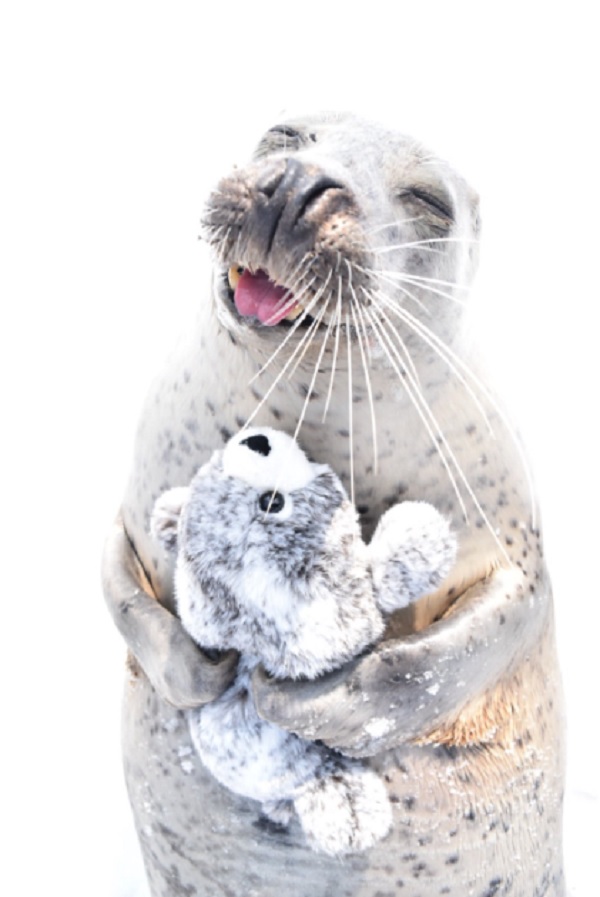 Clearly, it was love at first sight. Look at how happy he is!

The Center shared photos of the seal with his new little buddy on their Twitter page, and the response was (obviously) instantaneous. Nobody could get enough of this sweet animal and his adorable lookalike. 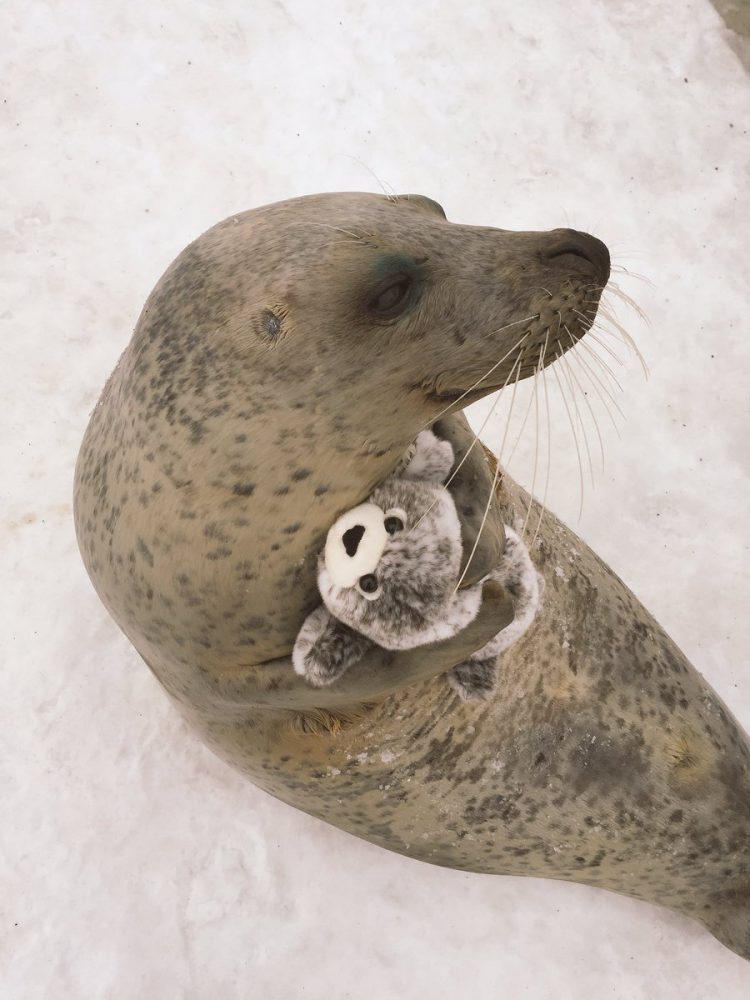 Honestly, we can say without hyperbole that we’ve never seen a seal smile before today, but clearly these “dogs of the sea” are capable of a host of emotions we’ve never before contemplated. There’s simply no denying that this seal loves his toy, and it’s very likely that he loves the toy because it looks like him. Aw! 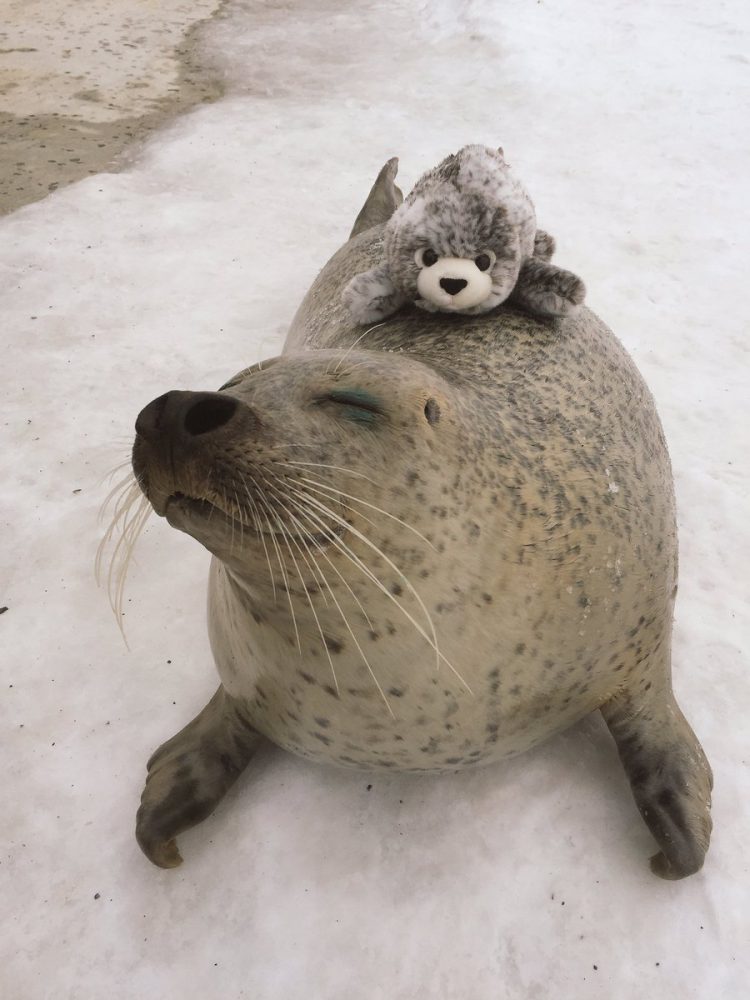 It’s unknown whether or not this seal was released back into the ocean after he was fully rehabilitated, but we do hope one thing was made clear — if he got to leave, they’d better have let him take his toy with!

How could you ever take it away when his face looks like this? 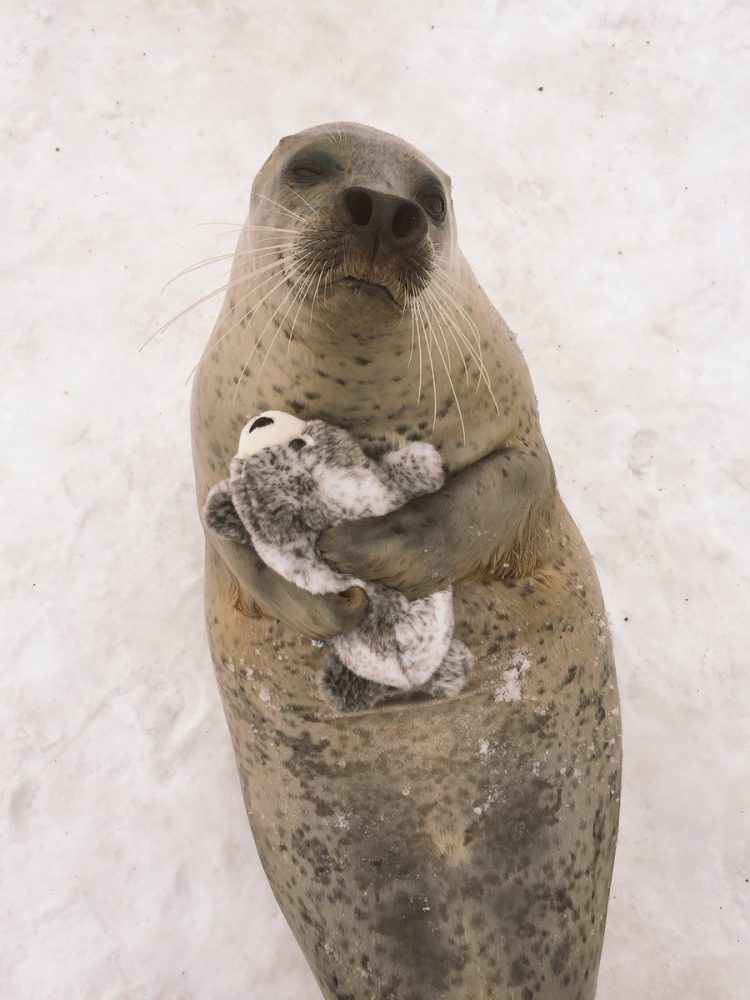 Visitors to the Okhotsk Tokkari Center can observe these graceful and playful creatures and even interact with them. It’s currently the only marine animal conservation facility in Japan, and with their continued help, more seals like this little guy will find their way back into their native habitat. 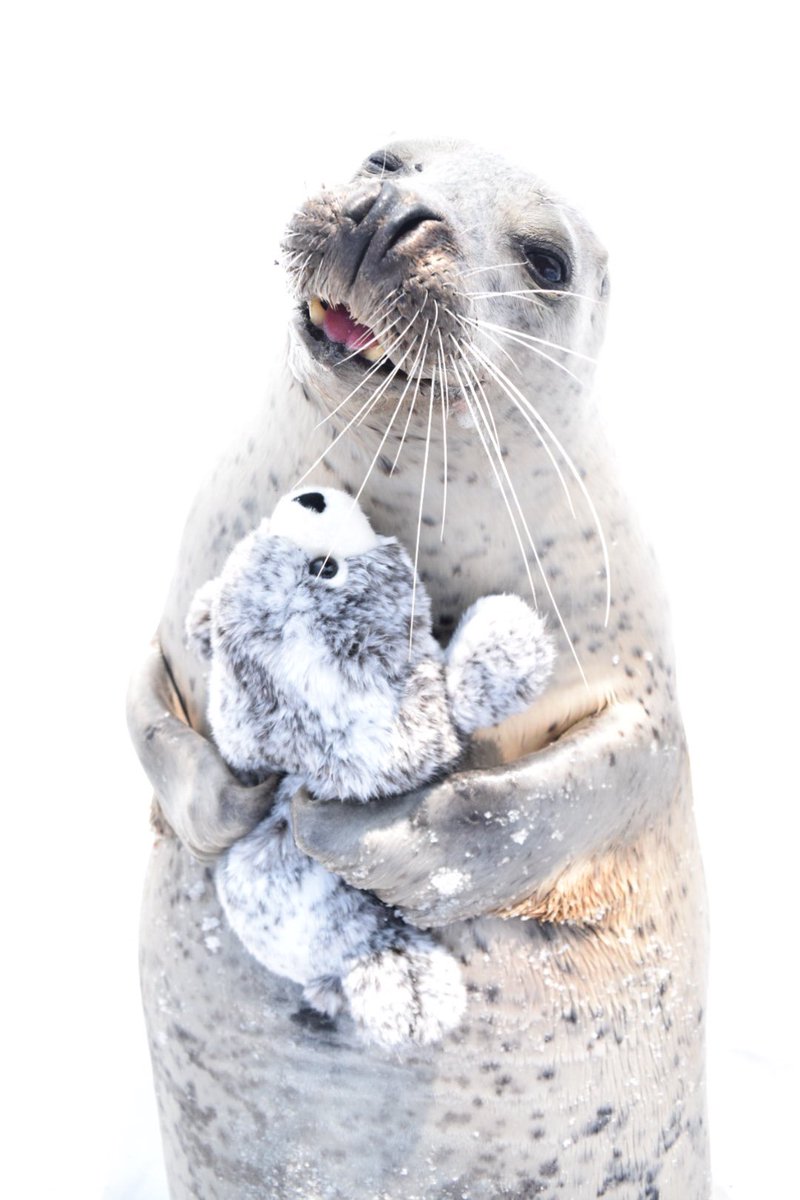 If you’re like us and this is one of the cutest things you’ve ever seen, please share these incredibly sweet pictures to make someone smile today!