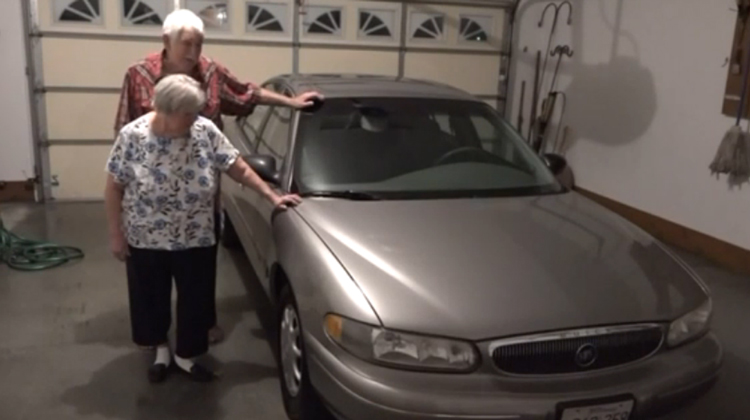 When repo man Jim Ford got a call about an overdue car note that required him to take action, it seemed like another day on the job. A credit union contacted him to repossess a 1998 Buick that was a few hundred dollars overdue, so he drove out to the neighborhood to grab the car.

As he headed out to the house, he noticed a police officer in the area. Thinking he might know the owners or their situation, Ford asked the officer who told him the vehicle was owned by an elderly couple. Ford realized his the day was quickly turning for the worse.

Ford pulled up to the house but decided not to disturb the couple, Pat and Stanford Kipping, at the late hour. The next day, Ford called the Stanfords and asked them to contact their bank and see if anything could be done. When it became clear that repossession was the only option, Ford drove back to their house with a heavy heart.

When he arrived at the residence, the Kippings invited Ford into their home to talk things through. Thinking his hands were tied, Ford proceeded to take their car… but before he made it around the block he knew something had to be done.

Ford called one of his buddies to pick his brain on options for the couple. The bank was hesitant to allow Ford to pay the $350 balance himself, but his friend had the genius idea to set up a GoFundMe account for the Kippings and just “see what happened.”

By the next morning, the GoFundMe raised over $3,000 for the elderly couple. Ford drove to their place to give them the news with their newly paid off car in tow. But that wasn’t all. Ford and his friends detailed the Kippings Buick, changed the oil, and handed over the extra $1,000 from the crowdfunding effort.

“I got up this morning and I looked up at the sun and I said, ‘I hope we get our car back.’ It’s just unbelievable,” said Kipping, a retired dock worker.

Ford only hopes that his act of kindness will inspire others to make a difference where they can.

“Luckily, I’m fortunate enough to be in a position that I can help somebody out like that.”

Update: Sadly, Stan Kippling, owner of the car, passed away over the weekend due to complications from a fall – just a week after his wife, Pat, survived a heart attack. Jim Ford is back to help Pat raise money to help cover the funeral, transportation and hospital bills in lieu of what’s happened.

Jim has reactivated the original GoFundMe page that paid off the Kippling’s car. Donate here if you feel led! It’s just shy of its $30k goal.