Every day, life presents us with countless opportunities to bless others with acts of kindness. Whether it be something huge or something simple– like the time an Enterprise employee held a distressed customer’s baby for her– kindness has the power to change lives, even the world.

A man named Marcos is exhibiting kindness in a random, but totally heartwarming way: by stuffing $100 into Redbox DVDs! And now his kindness is now going viral.

It started when a Twitter user named Liz posted the Tweet below, about her mom stumbling upon Marcos’s surprising gift.

My mom was just hoping to relax & enjoy a movie, but instead God blessed her with more. Marcos whoever you are, God bless you. @redbox pic.twitter.com/Jxk6uzjwZ0

She said her mom was just settling in for a quiet night when she found money in her Redbox DVD! 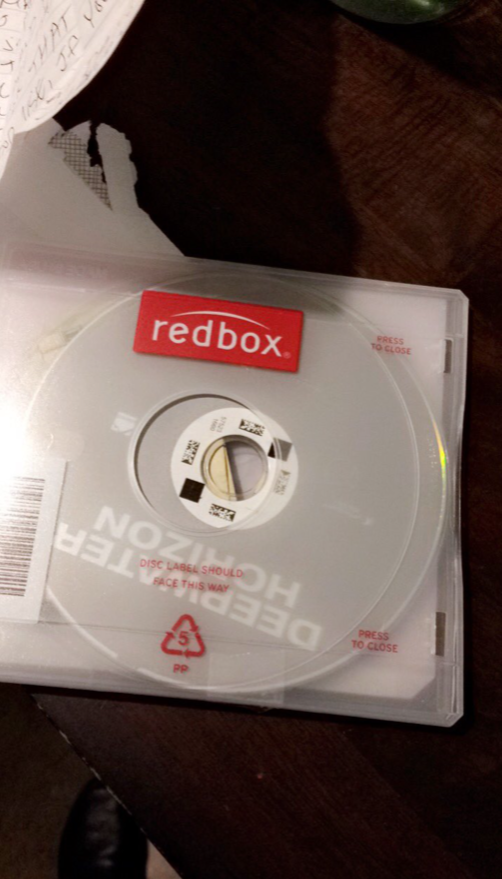 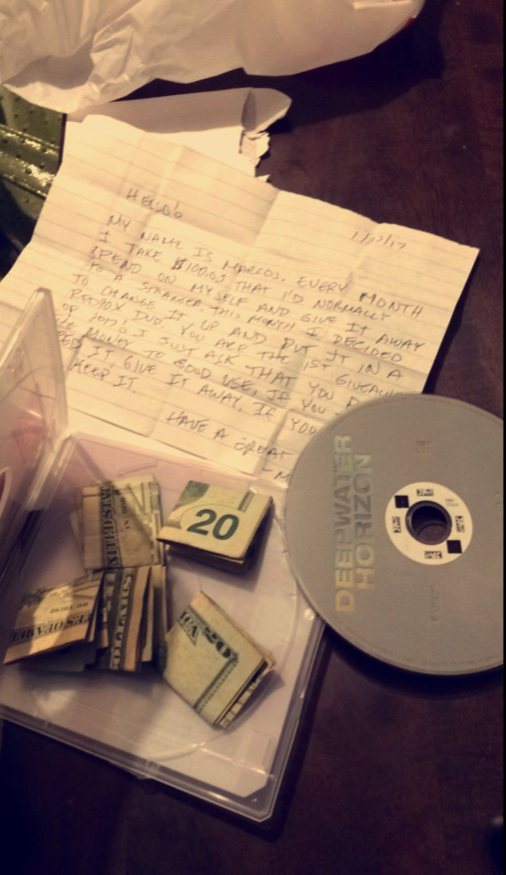 A note from Marcos explained everything… 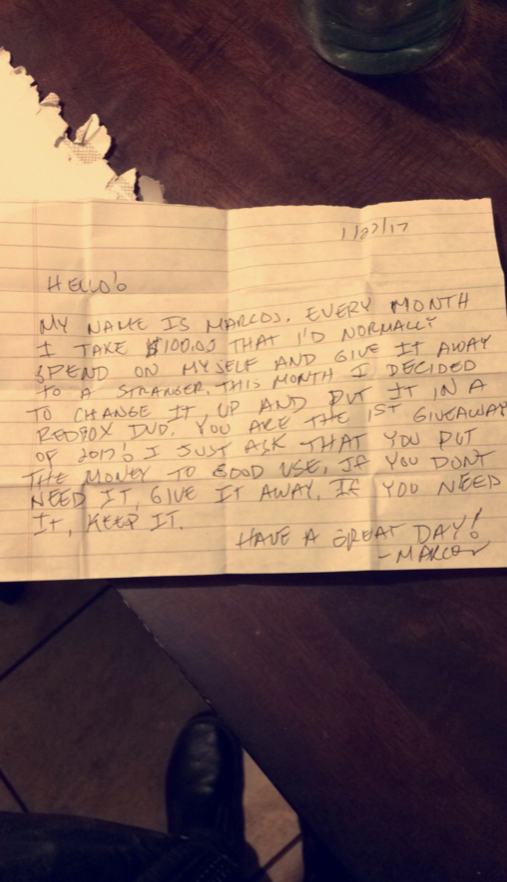 My name is Marcos. Every month I take $100.00 that I’d normally spend on myself and give it away to a stranger. This month I decided to change it up and put it in a Redbox DVD. You are the 1st giveaway of 2017!

I just ask that you put this money to good use. If you don’t need it, give it away. If you need it, keep it.

Have a great day!

Since Liz posted her mom’s story, the tweet has been shared almost 30,000 times in less than 3 days.

Relatives of the mysterious Marcos saw the viral tweet and responded, letting Liz know that Marcos has been giving away $100 a month for years! Normally he gives to homeless individuals, but this month he felt like changing it up.

@lifeaslizz__ @redbox, he is has been doing this for a few years now, first time this way. So happy your Mom was on the receiving end.

That is my uncle and he’s the kindest person I know!!! Glad he could help your family! https://t.co/0wVOw8HK10

Marcos himself saw Liz’s post, and added he was happy to have made her mom’s day. Others have commented saying the story renewed their faith in human kind.

@lifeaslizz__ @redbox What a cool thing to do! There are still sweet giving people out there in the world. Marcos, you’re great for sharing the love!

Even the official Twitter profile for Redbox got in on the story!

Who knows? Maybe Marcos’s Redbox surprise will inspire others to spread the love!