Whenever you gather a group of people together there’s bound to be one who can’t resist becoming the “class clown.”

For the Oklahoma State Cowgirls softball team, clowning duties are inevitably assigned to #13, catcher Raquel Dominguez. Raquel loves to dance and can often be found goofing off in the background of pictures and videos on game days, and now her antics are making people laugh worldwide thanks to a viral video. 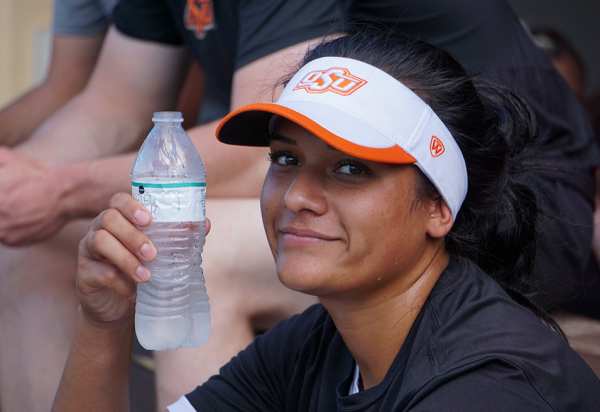 During the super regional game between Florida State and Oklahoma State head coach Kenny Gajewski  was giving a serious interview to ESPN in front of the dugout when Raquel spotted the camera. Without skipping a beat the player began to clown around behind him, making a big show of chugging her water bottle and then smashing the empty plastic bottle against her forehead. 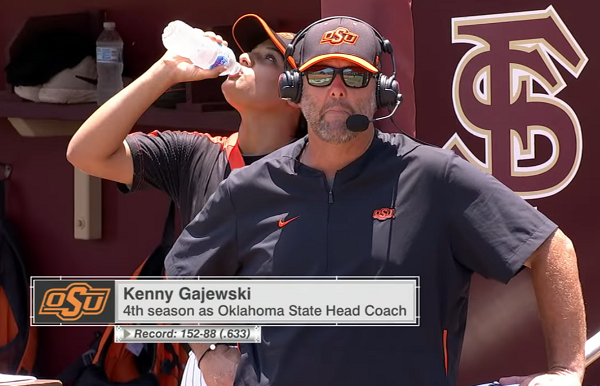 Ever the professional, the coach never turns around to acknowledge the player as she continues to steal the show, at one point dancing and then “making it rain” with her hands as if she’s showering the dugout with cash. She seems as determined to create the perfect videobomb as her coach is determined to keep a straight face! 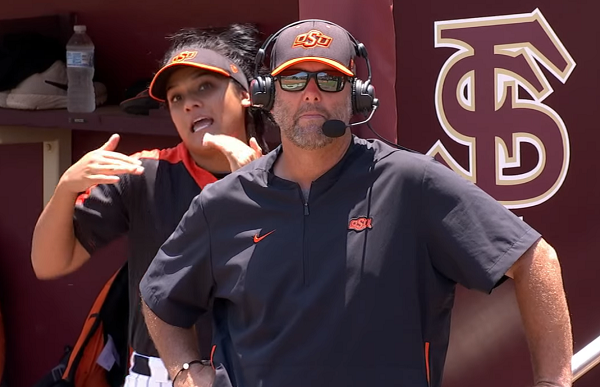 After a solid minute of Raquel’s hilarious dance moves and funny faces, the ESPN reporter finally breaks character to laugh. After she points out that Raquel is “going at it” behind him, coach finally cracks a smile and admits, “She is the team clown. Love that kid.” 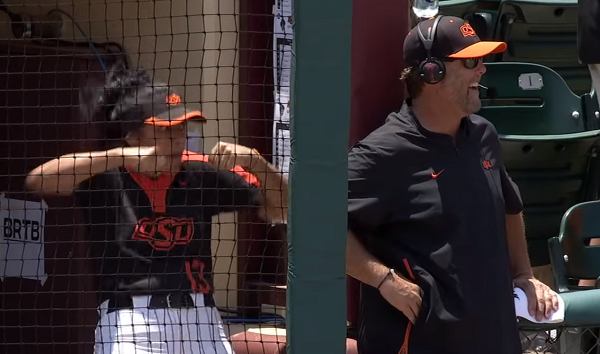 Oh there it is!

Raquel seems to have the sort of joy for life that is seldom seen these days, so we say go get it, girl! Let that freak flag fly! After ESPN shared the video it began circulating online and we’re sure Raquel obtained a lot more fans as a result. This is the kind of fun-loving attitude that wins championships and unites teams!

Watch Raquel’s hilarious videobomb in the video below, and don’t forget to share.

Oklahoma State's Dominguez puts on a show during coach's interview

This is how you crash an interview 🤣(via espnW)