We have read some fantastic letters written by mothers. Like the one by a single mom responding to the strangers who judged her in a grocery store, or this one called “Why I Still Need My Mom” written by a mom in her mid-thirties about her own mother. The words below aren’t to any one person in particular, but to every parent who is raising a child and anyone who may ever raise a child. The letter, written by Christine Organ, is called “Raising Kind Kids — Because The World Needs It,” and it’s an eye-opening look at the importance of asking a simple, daily question: “Who were you kind to?” Check out Christine’s words below.

I am that mom. You know, the kind who embarrasses her kids every morning at drop-off. Except that I don’t embarrass mine with kissy goodbyes and I-love-yous and wet finger face cleaning. Nope. Instead, I embarrass my kids with something far more strange. Every morning when they jump out of the car, I loudly shout the same farewell: “Be kind!”

Every afternoon when I pick them up, I ask, “Who were you kind to?” Sometimes they’ll think long and hard, only to eventually tell me they were kind to their teacher because they didn’t get in trouble for talking that day.

Other times, the kindness rolls off their tongues in bubbles of happiness: “I made Ryan laugh.” “I told John he had a nice backpack.” “I helped Susie after she dropped all of her books.” “Joey walked me to the nurse’s office when got I hit in the face during dodgeball.”

Only after we’ve exhausted the “Who were you kind to?” question will I then ask them about their school day. “Do you have any homework?” “How did your math test go?” “Do we need to go over spelling?” These questions are of little importance to me compared to the kindness they have shown and been shown throughout the day. This is because, quite frankly, I don’t care nearly as much about homework, math, and spelling as I do about whether they are kind.

It’s hard to ignore the anger infesting our world these days. The news makes me want to weep and scream — sometimes at the same time. Comment sections on internet articles are filled with hate. Public shaming is rampant, and everyone seems angry about everything. People are sad and angry and hurting.

And the antidote to all of this? Kindness. Don’t be [a jerk] seems to be the motto of good and decent people, but it takes more than not being [a jerk]; it takes kindness.

We can talk to our kids about being kind all day, but talking about it only gets us so far. We need to show them how to be kind too. The other day while we were driving to dinner, a car pulled in front of my husband. He beeped and swerved out of the way and all seemed fine — until the car pulled up right next to us and the driver rolled down his window. Oh no, I thought. Please don’t let there be words in front of the kids. But the other driver leaned over and apologized profusely. He shook his head and laughed at his own mistake. My husband laughed too and reassured him that it was all fine. In the end, we all drove away calmer and happier.

“What was he saying?” one of my kids asked.

“He was apologizing,” I said. “Mistakes happen. You just apologize, forgive, and move on. Laugh if you can. Be kind.”

Isn’t that the way the world should work all the time?

I fall short of my own fairly high kindness standards on the regular, though. As much as I wish I were perfect, alas, I am not. I yell more than I probably should. I’m impatient. I forget birthdays and don’t call my BFF as much as I should. And I can get downright volatile when I’m stressed or hungry or tired. This is why our family gets a lot of practice with apologies and forgiveness — a lot.

I don’t just try to tell my kids to be kind, but I try to show them how as well. I compliment strangers in front of them. I explain that a driver who cut me off might just be distracted. I show them the importance of grace and flexibility. And I show them that it’s okay to mess up every now and then as long as your heart is in the right place and you try to clean up your mess. I don’t just want my kids to not be [jerks]; I want my children to be kind humans.

It might seem like anger and ignorance abound. It might seem like most parents only want their kids to be extraordinary students, athletes, musicians, or artists. We hear the horror stories about parents who blame teachers for their kids’ laziness. The word “gifted” gets thrown around often in casual conversation. Parents humblebrag about their kids’ travel team schedule. And we talk about advanced this and exceptional that.

Well, I don’t buy it. There are far more good and kind people in the world than there are [jerks]. I think that most parents care more about raising kind people even if that means they are just meh at all that other stuff. I think that most people are shouting out to their kids “be kind!” The thing is, our kids are programmed to be kind. They want to be kind. We just need to show them that their ability to spread kindness is more valuable to the world than their power to score the winning goal or ace a science test.

So I’ll keep being that mom. The one who shouts “Be kind!” instead of “Have a good day!” The one who asks about kindness instead of spelling tests. The one who wants to talk about friendship and teamwork at parent-teacher conferences instead of reading levels and math facts.

Because not being [a jerk] isn’t enough anymore. 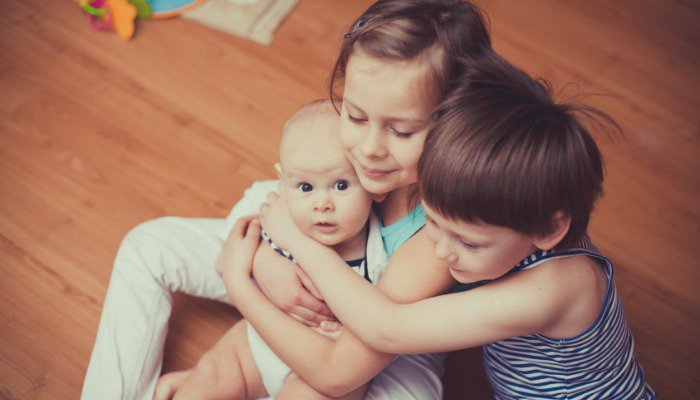