When Jess and Kevin were expecting their first child, Corbin, the pregnancy was documented by a professional photographer, but unfortunately the photographer they hired never sent them the photos. The couple was upset that they wouldn’t have maternity photos, but they knew they planned to become pregnant again soon! Over the next four years, Jess and Kevin endured 6 pregnancy losses, but now they’re finally getting the baby they’ve been hoping for… And they captured the beautiful event with a dream maternity shoot!

“I was touched by Kevin’s words and his goal of making sure that, this time, his wife would get all the maternity photos that she always dreamed of having!” said photographer JoAnn Marrero with From Labor to Love. “I knew I had to do something extra special for her family.”

When JoAnn heard about Jess’s pregnancy struggles, she became inspired to do a rainbow photo shoot for Jess’s rainbow baby.

A rainbow baby is a baby born after a miscarriage or stillbirth. “Think of it like a rainbow following a storm.”

Together with photographer Mary of Pebbles & Polka Dots, JoAnn came up with the idea to use colored smoke bombs to create a rainbow. Below is a photo showing one attempt at creating a perfect, colored cloud behind Jess. 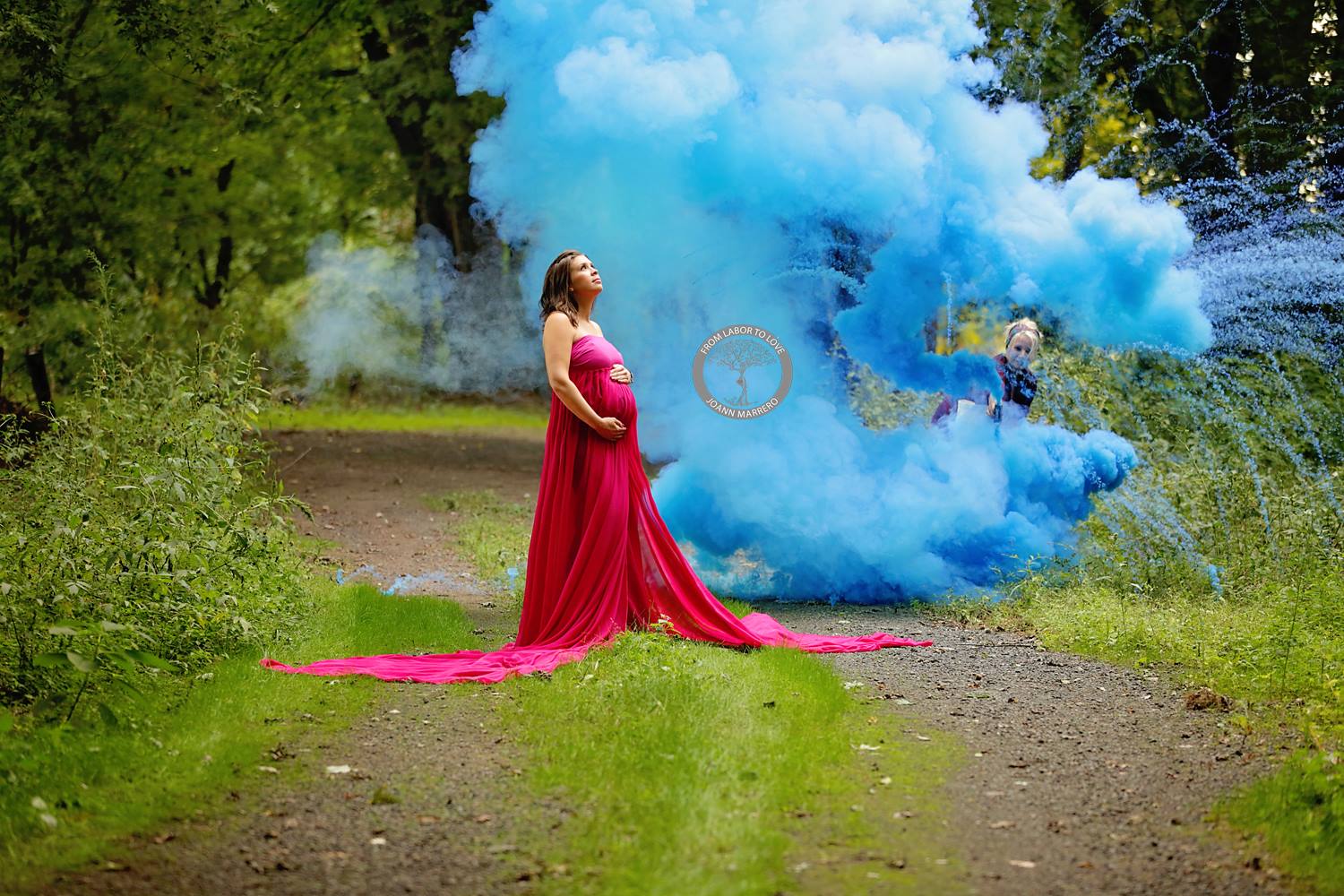 “Behind the scenes at the start of our incredible shoot.” wrote JoAnn on Facebook. “We def used real smoke bombs and double sided grenade ones too! Lots of them, some failed ones and trial and error, smoke everywhere! … We enjoyed every single moment of it.”

“It was as if we were shooting a Skittles commercial but sweeter!”

All their hard work paid off… The final portrait is beyond what JoAnn, Mary, or Jess could’ve imagined. 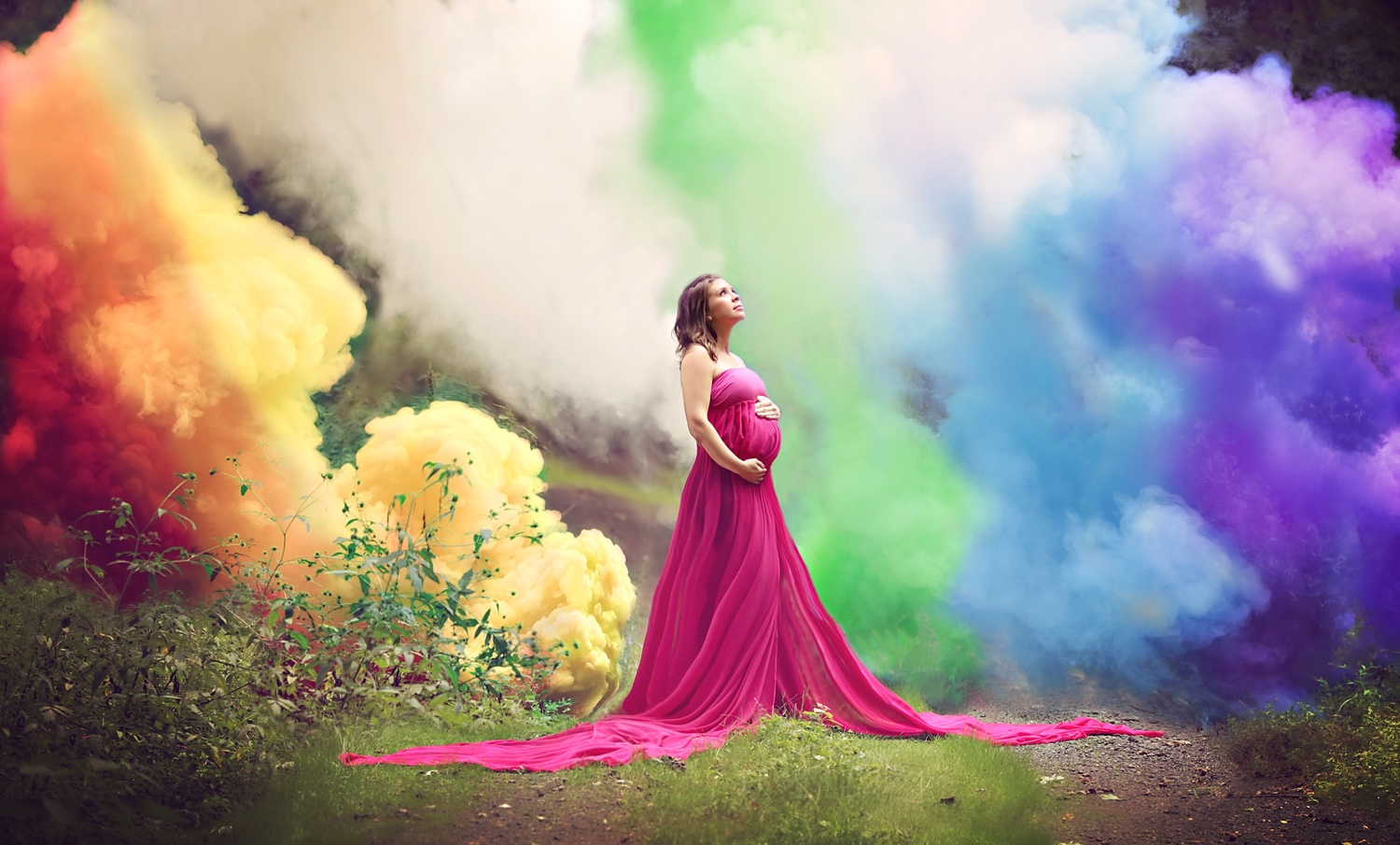 From Labor To Love

“In then end, our final portrait was nothing short of perfection in our eyes and very emotional for all of us. Certainly, it was an ‘OMG! Look what we’ve created!’ moment.” said JoAnn. “Mary’s final and meticulous refinement of this portrait was the final touch of perfection.”

“Beautiful things happen when artists come together as a team to create something memorable, in this case for a family who is so very deserving. We are incredibly proud and honored to be a part of such special moments.”