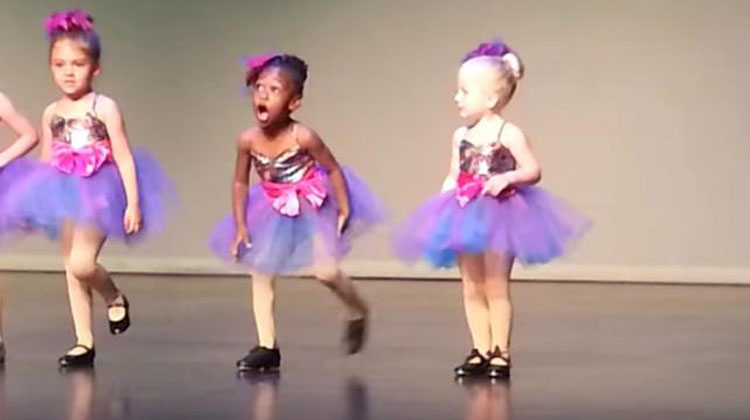 Little Dancer Hijacks Boring Recital With Her Own Adorable M...

If you’ve ever been in a dance recital or attended one, you know that they often feature adorable little kids nervously making their way through a routine.

Rarely, though, are there standout dancers like the little girl in the video below. As soon as the music starts she confidently begins bopping along to the music. There’s just one thing that’s a little different… she’s not even trying to hit the choreographed steps. And that’s what makes her performance so amazing!

As the song “Broadway Baby” begins, the camera zooms in on three little preschoolers standing at the end of a dance line onstage. 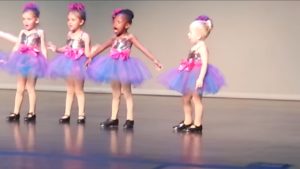 It’s immediately clear that although they’re super adorable, all three of the girls are dancing to the beats of their own drums.

However, while two of the girls are trying their hardest to follow along, the girl in the middle — named Jordyn, has decided to dance an entirely different routine. 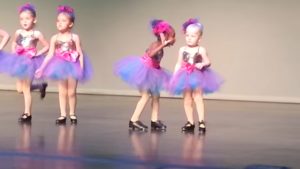 Throughout the hysterical video, Jordyn is clearly having the time of her life.

She goes through the entire tap number performing for the audience, occasionally kneeling and twisting her little heart away. At one point she turns to her friend with a huge smile as if to say, “Isn’t this the best day ever?” 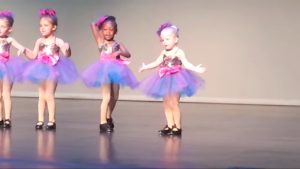 Everyone in the audience cannot help laughing at the adorableness of her animated moves and a huge smile.

The best part about Jordyn’s whole performance is that through all of the laughter she never once acts embarrassed or shy. Instead, she is fully confident and obviously having the best day of her life onstage!

Watch the video below and share if you loved her performance!