“I’m twelve years old, and when you come here, I really want to sing at your concert. And I promise I’ll be ready.”

When you’re a 12-year-old aspiring singer, you’ve got to work hard to get people’s attention. For Victoria Anthony, it was Twitter that gave her the platform to get superstar Pink’s attention. The little Canadian firecracker wasn’t about to take no for an answer either! 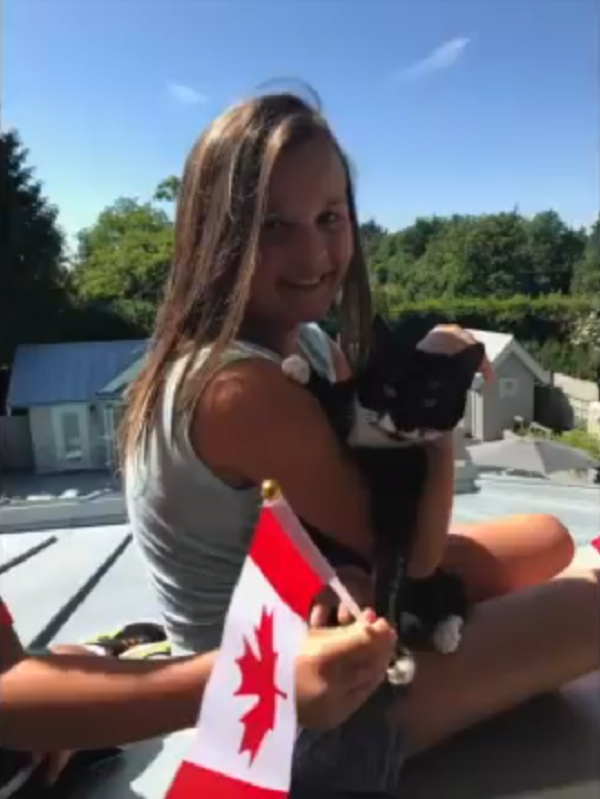 Victoria is a self-taught musician who plays piano and guitar and has been singing and writing music since she was a small child. She’s definitely got talent to spare. 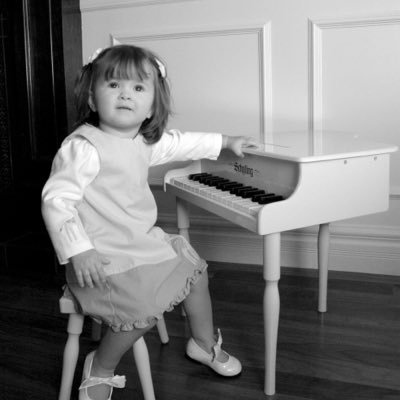 An avid fan of Pink’s music, when she heard the musician would be putting on a concert in Victoria’s own hometown of Vancouver, she decided to go all out to make sure she got the performer’s attention.

Hey @Pink , please let me sing on stage with you in #Vancouver May 12. I’ll be ready! – Victoria (age 12) Share this video and tag #vicandpink to make my dream come true. https://t.co/tlv4FhjtDm #BeautifulTraumaWorldTour @RogersArena #WhatAboutUs pic.twitter.com/FqoYuiekcT

With help from her mother, Christina Anthony, Victoria uploaded videos of her musical chops to YouTube, then created a video appealing directly to Pink, asking if she could sing with her at the concert. 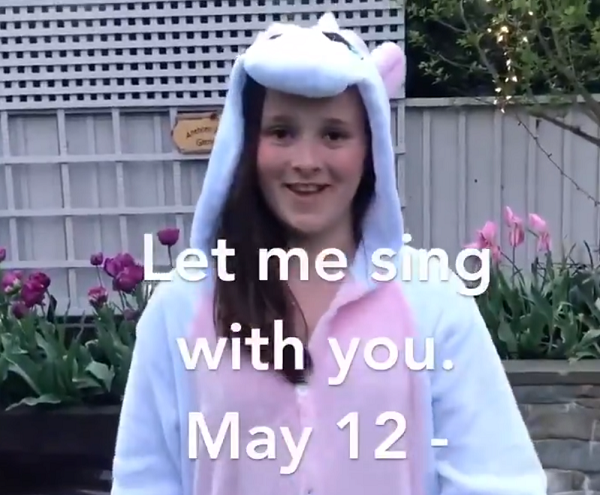 But Victoria didn’t stop there. The pre-teen took her campaign several steps further, coming up with the “VicandPink” hashtag and peppering Twitter with requests for help. She even got her little brothers in on the action.

My 3 brothers sent me this message & I wanted to share it with you @Pink. Can’t wait for your concert May12 in #Vancouver. #familyfirst #VicAndPink #brothersisterlove #BeautifulTraumaWorldTour #JustDoIt @Nike pic.twitter.com/95MQER4NtE

Although Trudeau was likely too busy running the country to respond, Victoria did get the attention of the Jeff O’Neil Show, who featured her Pink video on the air. 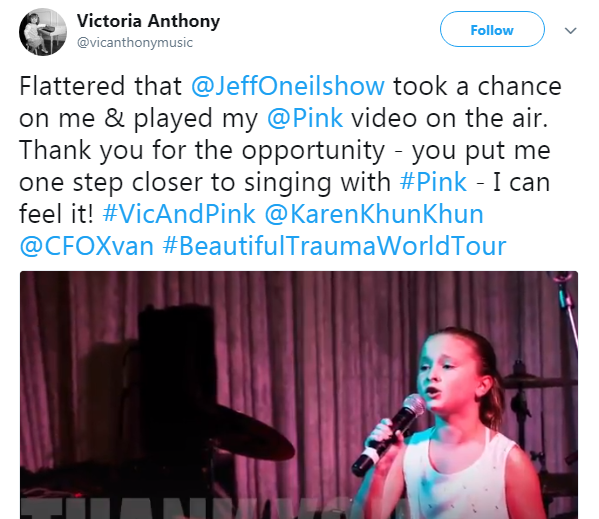 Soon, even musical heavyweight (and fellow Canadian) Sarah McLaughlin was getting in on the action, urging Pink to take a look at this talented and tenacious youngster.

On May 12, Victoria and her mother headed to the Rogers Arena to see her idol perform. She had no idea whether her pleas to Pink had been heard, but she was filled with excitement and hope. 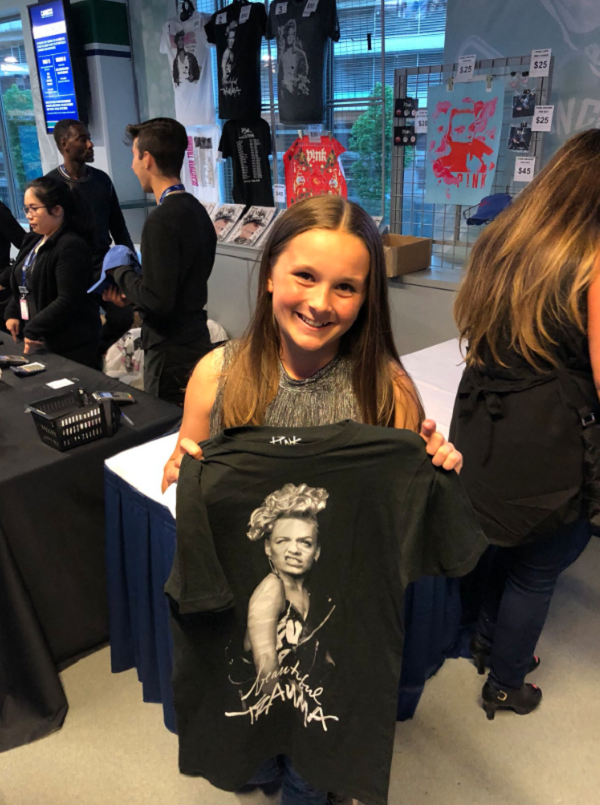 Pink’s show is notoriously high-energy, and this show was no exception. As she soared through the air doing acrobatics, Victoria found herself so engrossed in the show that she was utterly shocked when halfway through, Pink called out the little girl’s name.

“Are you who I read about on the news?” Pink asked as Victoria headed down from her seat towards the stage. “Do you want to come sing something?” 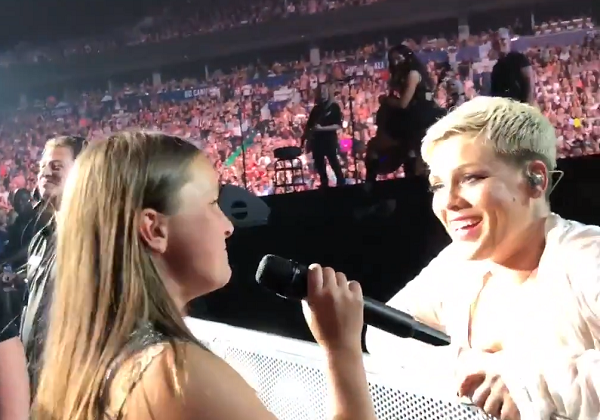 Pink handed Victoria the microphone, and it was finally her time to shine! And boy, did she ever! 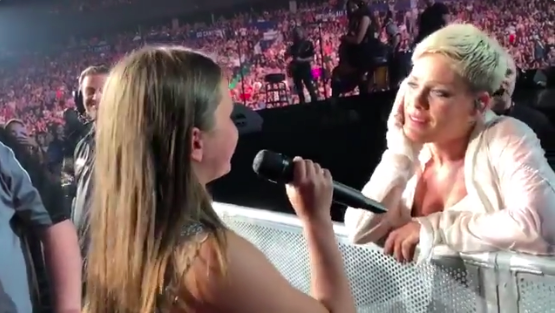 Victoria sang a few bars of Pink’s song, “Perfect,” and it was, well… perfect. Pink appears to be completely astounded by Victoria’s pipes!

“Wow,” you can hear Pink saying over and over again. 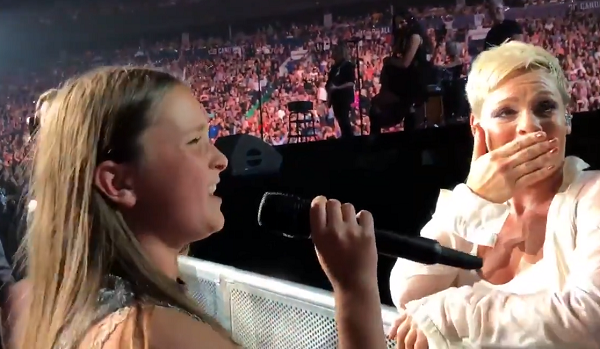 Victoria and her mother say this might be the beginning of a career in music, although she’s still too young to know what life will bring her way. 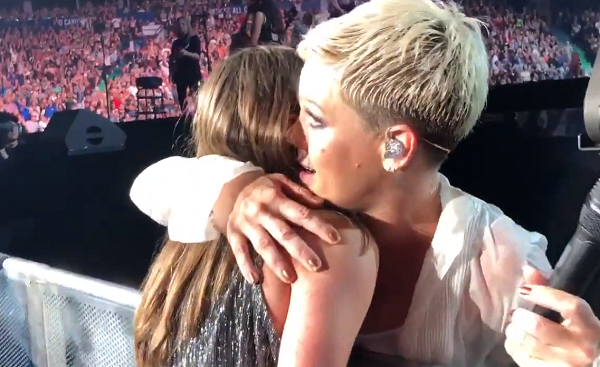 “I really want music to always be a part of my life, no matter what, because it makes me feel so happy,” she said.

Way to go, Victoria, and thank you to Pink for giving this girl a shot! It just goes to show that you’ll never get a “yes” unless you ask… and ask, and ask!

Watch Victoria’s incredible performance with Pink below, and don’t forget to share.