Many people don’t think of birds when talk of devoted household pets comes up, but they obviously haven’t met Shadow.

Shadow is a white-bellied caique (pronounced “kah-eek”) who lives with his family in Toronto, Ontario, Canada. He’s got a dedicated Instagram page with over 29,000 fans, and every single picture and video reminds us that yes, birds can have huge personalities just like more traditional indoor pets. 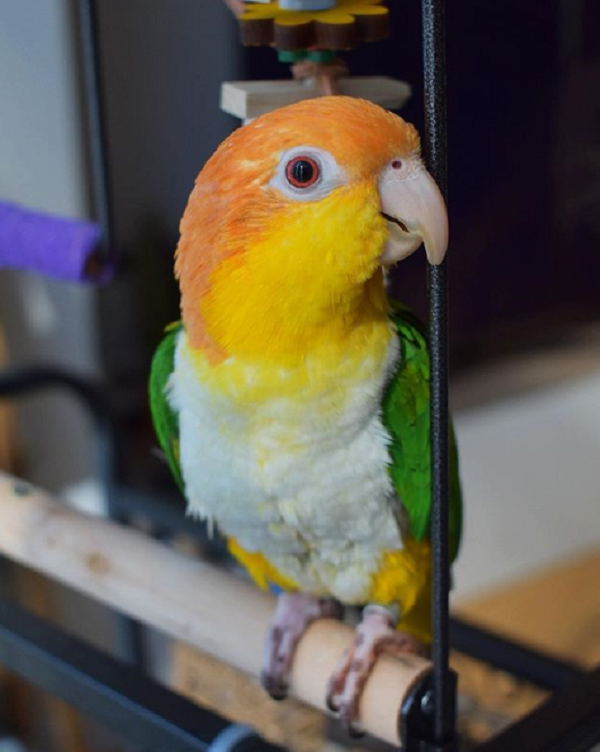 Not only is Shadow absolutely gorgeous with his vivid coloring, but he’s got tons of character as well. Caiques are well loved by bird fanciers because they’re very outgoing and love to goof around. They’re even known as the clowns of the bird world! They’ve got lots of energy and enjoy a fair amount of mischief, plus they’re super attached to their human family members and often mimic their actions. 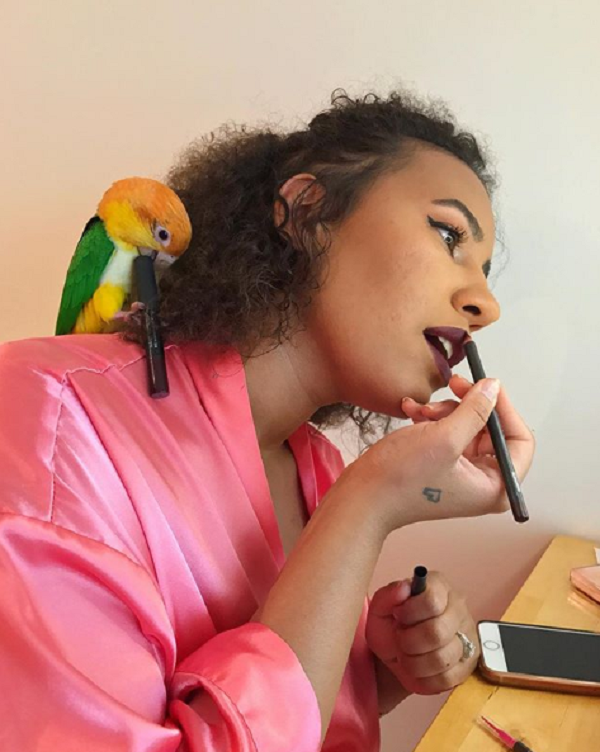 One April evening, Shadow’s owners shared a short video of the bird displaying some other human characteristics that shocked everyone who isn’t familiar with this breed of bird. Shadow’s “dad” was lounging on the couch holding a tiny stuffed penguin. As he brought the fake bird to his lips for kisses Shadow came hopping in from out of nowhere to throw himself between dad’s lips and the “other bird.” 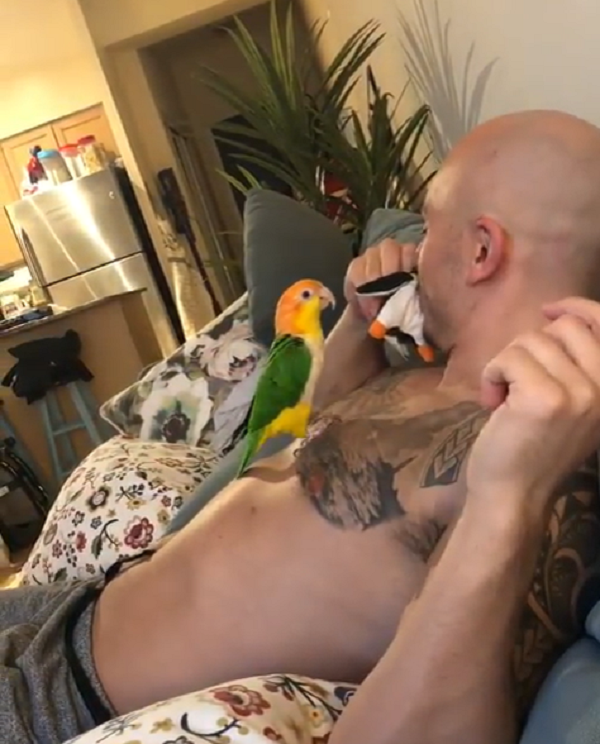 Even novice bird fans can see that Shadow is jealous! Whenever dad smooches the other bird he shoves his little beak in between them as if to say, “Hey, break it up!” Dad can’t help but crack up as he does it again and again.

“My human has some nerve kissing other birds right in front of me,” Shadow’s owners wrote on Instagram when they uploaded the video. The clip has already been viewed about 20,000 times and continues to gain popularity because it’s just too cute, plus it’s surprising for those of us who are just learning that birds can have such strong personalities. 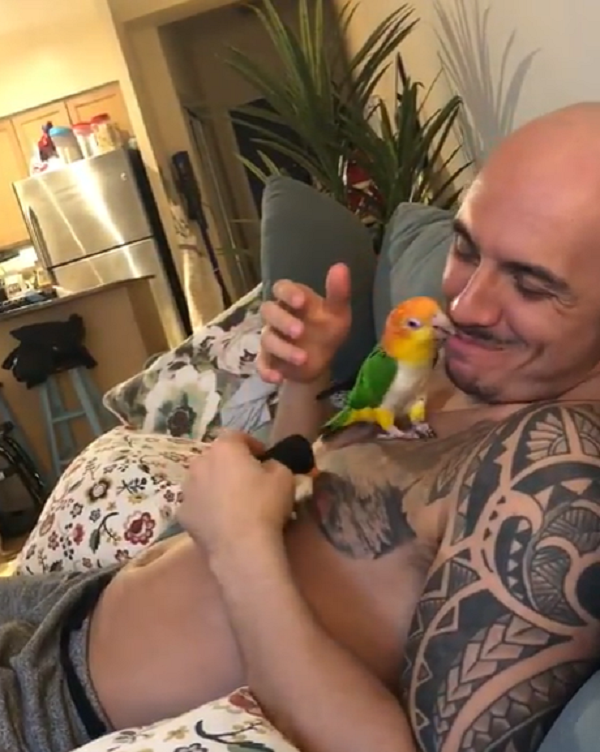 Poor Shadow is so jealous, but it looks like his dad still loves him best. Thanks to this viral video he will no doubt add a few thousand more fans to the mix as well. Move over, dogs and cats — we all suddenly want a caique!

Watch the cute video below to see Shadow intervening in dad’s kisses, and don’t forget to share.