Ally Polries Mast was preparing for the happiest day of her life when she suffered the worst pain any child could imagine. Her beloved father, Paul Polries, passed away unexpectedly a few days before her wedding in 2017.

Paul would never get to see Ally exchange vows with her husband, Derek Mast, whom he’d grown to love as a son. Nor would he get the chance to walk his little girl down the aisle. But the father of the bride was there with his words, comforting her one last time. 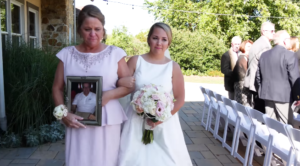 Paul had already written his wedding speech before he died. Lindsay and Scott Beegle, the husband and wife team behind Revelation Video, had the honor of capturing his last message to his daughter in a video his family will cherish forever. Paul’s final words were immortalized as his wife, Jeanne, read them on his behalf.

“On the day that Ally was born, as a new father, I imagined two events in her life: her college graduation and this, her wedding day. So today is really a realization of that dream and it takes me back to what made this day possible.” 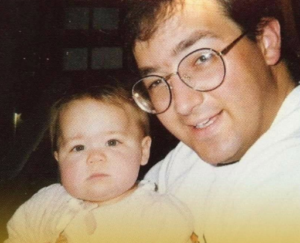 Paul detailed how Ally met Derek back in college. They both spent six months in China as part of a study abroad program. When Paul flew out to visit, he met Derek as well, and had nothing but good things to say about the young man. Back in the U.S., his wife, Jeanne, asked if he thought the two were dating.

“I said ‘No way! He’s not interested in her,'” Paul joked. “Thank goodness I was wrong and here we are today celebrating the beginning of their new lives together.” 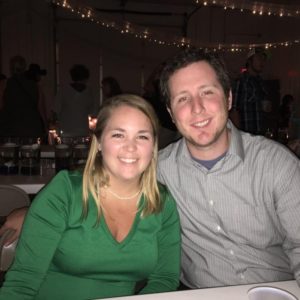 “Around the time that Hurricane Irma hit Florida, I was thinking about what advice I would give Ally and Derek as they start this new adventure. A hurricane made landfall on Florida peninsula at Marco Island, the very spot that we have spent countless family vacations.”

Despite the devastation, Paul remembered a small glimmer of hope. It came in the form of a Facebook message posted during the clean-up efforts: “the worst storms test the strength of our anchors.” 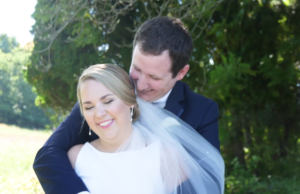 “Keep your faith, and remember the people you loved and loved you and have passed away. I would like to make a toast that your lives together have many sunny days and that your anchors are strong enough to hold you steady in life’s storms. I give you my wholehearted blessing, best wishes, congratulations. We love you both.” 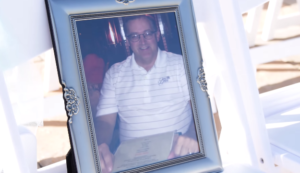 The Beegles said it was one of the hardest videos they’ve ever recorded. But that it was also one of the most beautiful. “The love this father had for his daughter was so real and unmistakable,” they wrote. And, they added, it’s a love that still touches the hearts of people around the world years later. Rest in peace, Paul. 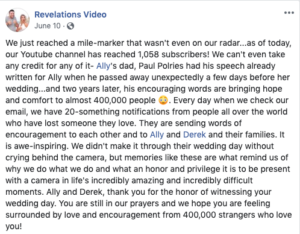 Keep some tissues handy as you listen to Paul’s final message below, and share to spread the love.