“You can easily judge the character of a man by how he treats those who can do nothing for him.” – Ron Clements

Take heart — there are plenty of good people with strong character and moral fiber out there, and when you spot one, you’ll recognize them instantly. On a recent trip to the Appleton International Airport in Wisconsin, Twitter user Momica saw just such a man helping an elderly woman when no one else was around. 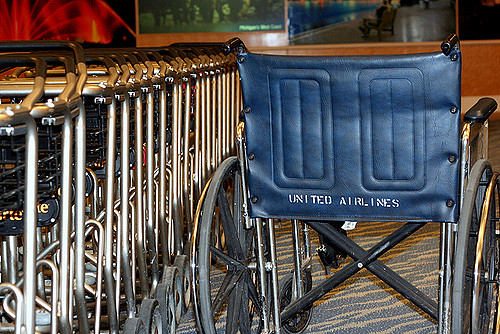 While it may not be unique for a total stranger to step up and offer to push a disabled person’s wheelchair for them, Momica’s jaw hit the floor when she realized who this helpful fellow was.

His name is Aaron Jones, and he’s a running back for the Green Bay Packers. 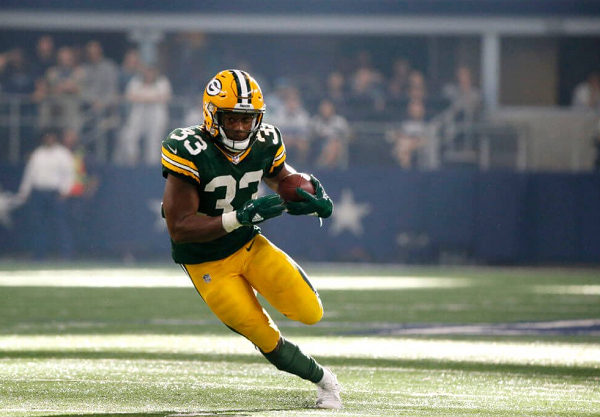 Yes, a professional football player, #33 himself, just happened to be walking through the airport when he spotted someone in need. It didn’t matter that he didn’t know the lady, and he didn’t take a “not my problem” approach, as many others might have.

Instead, the NFL player just lent a hand, without ever being asked to do so.

Just watched Packers Aaron Jones push a random lady through the Appleton airport because there was no there to push her ?? GO PACK GO @espn @packers @Showtyme_33 pic.twitter.com/4h4BGEVTip

Just watched Packers Aaron Jones push a random lady through the Appleton airport because there was no there to push. GO PACK GO.

Twitter users were quick to praise the twenty-three year-old player, and soon Teresa Lingg saw the image and chimed in, “That’s my grandma!” 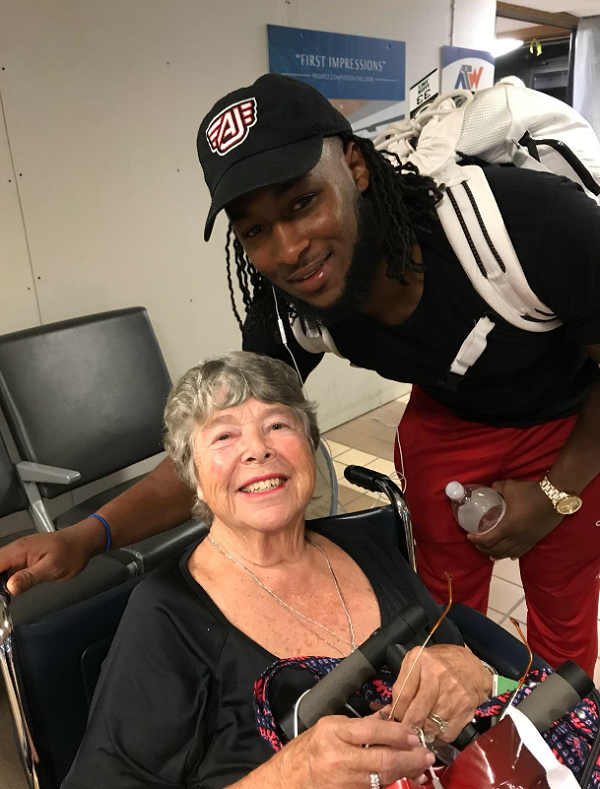 Teresa shared a few photos that Aaron had thoughtfully taken with her grandmother, and the internet’s crush on this kind hearted player grew to a whole new level! 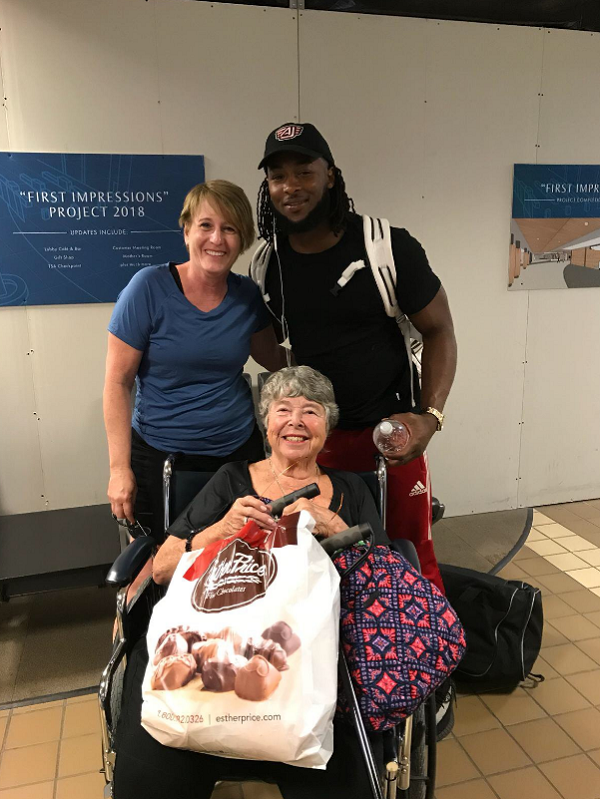 “This is him with my 92 year old mom and our nephew with Down Syndrome. He has a genuine loving heart that we get to witness all the time. I’m so happy that other people get to see it now too!” 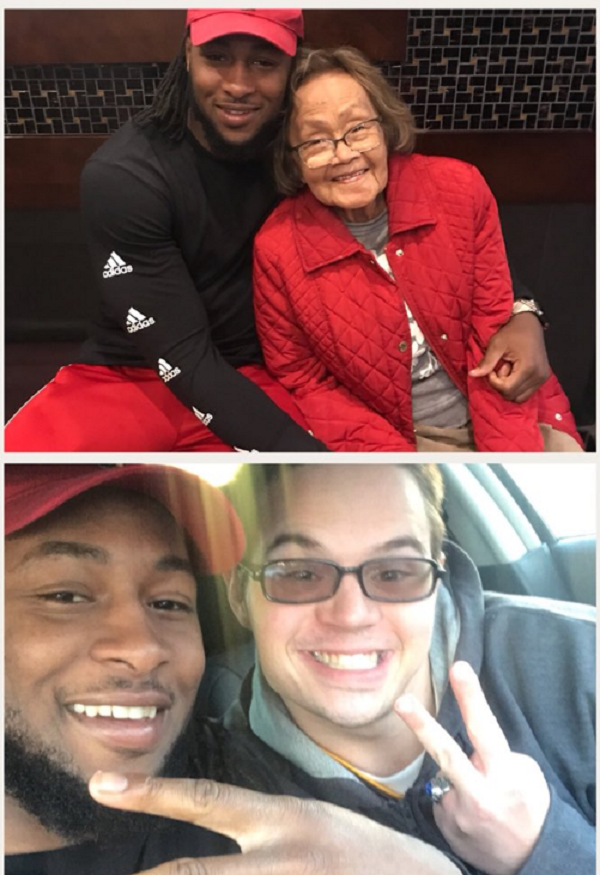 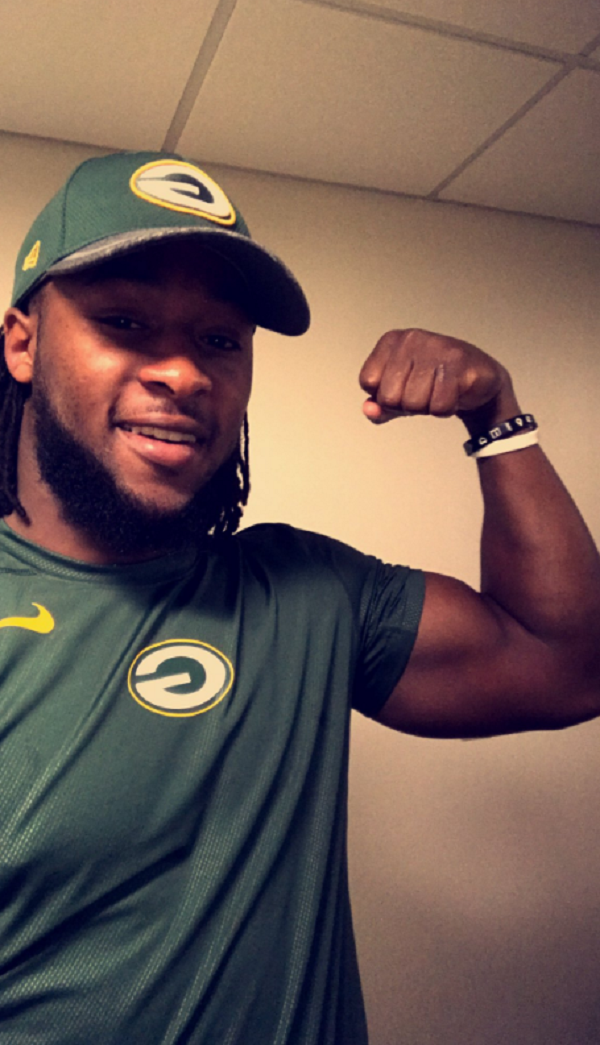 It’s so wonderful to see someone who hasn’t let fame or success go to his head. Aaron Jones is still the same humble guy that he was before he signed his football contract, and his actions are a terrific role model for us all.

Please share this message to thank Aaron Jones for stepping up to help out!