When Cassie Lea Parker was on her lunch break, an exchange between an officer and a homeless person caught her attention. She quickly grabbed her phone to catch the moment on film, which has since made its way across social media platforms.

What spread across social media wasn’t a video meant to wage war, but a photo of a Goldsboro, North Carolina, police officer sitting on the ground next to a homeless woman as they share pizza and conversation. 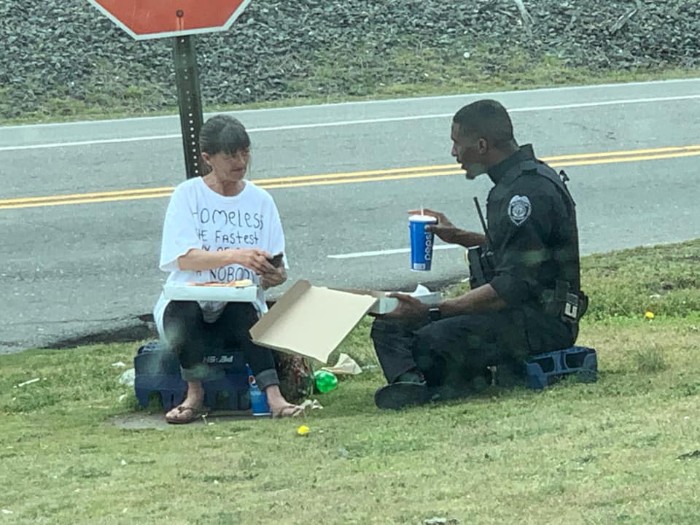 Cassie’s photo was shared by a friend, Chris Barnes on Facebook. Along with the picture, Chris wrote, “Cassie was out on her lunch break and observed Goldsboro’s finest enjoying lunch with a homeless person. Law enforcement does so much for our community, with a lot of it going unnoticed. We see you Goldsboro P.D. Keep up the good work.”

The post was then picked up by the Goldsboro Police Department and shared again. They identified the officer as “Officer Rivers” (Michael Rivers), who the department has highlighted on their page several times for his involvement in the community. 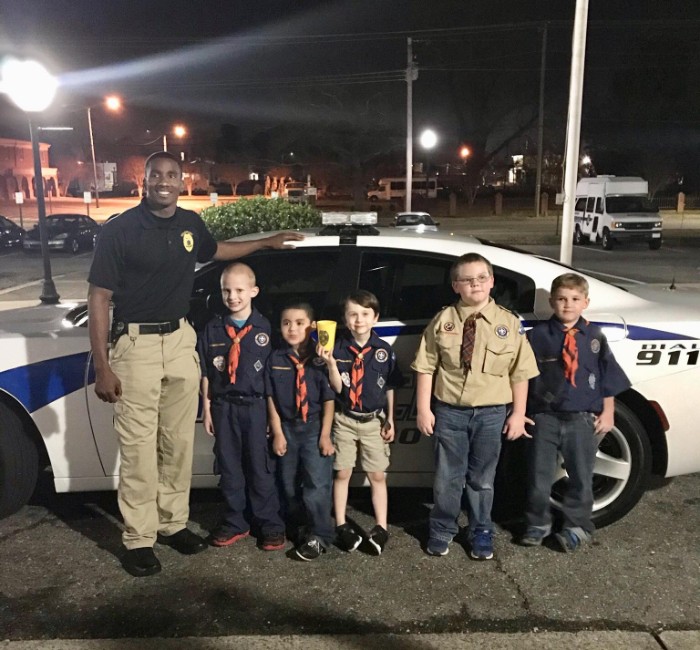 The picture has garnered likes, reactions, and comments on both Chris and the police department’s pages.

Cassie’s inclination to snap a photo is one that is bringing joy and warmth to so many people. Officer Rivers’ kindness and service is an inspiration and a welcomed reminder that it doesn’t take much to help someone out (just a little bit of pizza will do the trick!).