For eight years, Pasco police officer Josh Madsen and his K-9, Lemon, served their community side by side.

After spending nearly a decade together, the two had become much more than partners. They were dear friends. So when Lemon retired from Washington’s Pasco Police Department at 10 years old, the milestone was bittersweet for Josh. Then, he suffered a heartbreaking loss. 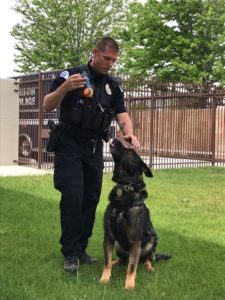 Back in September, the dog underwent emergency surgery for a stomach flip. The life-threatening condition had caused his intestines to become knotted. While Lemon seemed to be on the mend following the operation, he passed away from complications in December — just weeks after retiring from the force. 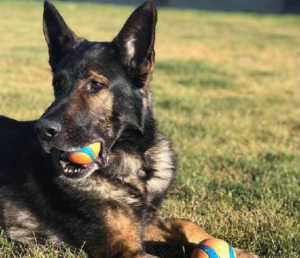 Madsen wasn’t the only one left reeling in the wake of Lemon’s death. The entire community mourned the dog who not only protected them but made them smile. Groups of children who’d previously visited Lemon at the police department brought cards, sandwiches, and a cake honoring the late K-9 for all the officers to enjoy. 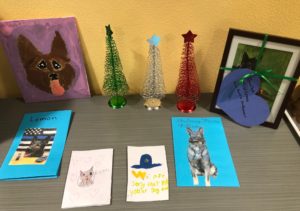 But one of the most meaningful gifts came from Cassandra Berg and her children, who met Lemon during their time of need. As she told Fox 5 Atlanta, Officer Madsen helped her family through a rough time and even invited her kids to come see the K-9s at the station.

“It was one of the best days of mine and my kids’ lives because with what we were going through,” Cassandra said. “We thought there was no hope but just that one day with some caring officers and their dogs, it just showed me and my family that we had hope again.” 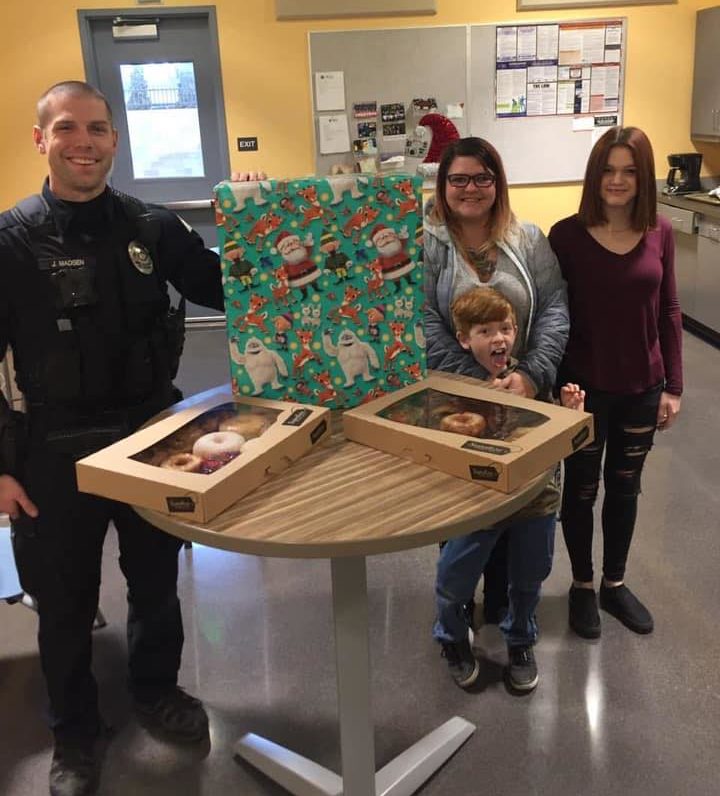 When the Bergs heard about Lemon’s death, they decided to memorialize the late canine with a tribute. The day before Christmas Eve, the family presented Officer Madsen with donuts and a present.

As he tore the wrapping paper off and peeked into the box, he nearly lost it right there. Nestled inside was a furry creation from Cuddle Clones, which makes custom stuffed animals resembling people’s pets. The cuddly toy looked just like Lemon. 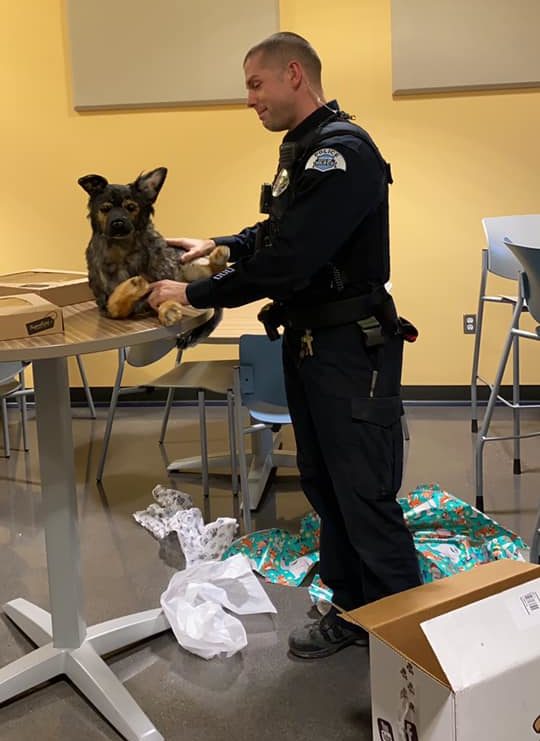 Madsen had a hard time finding the words to explain how much this meant to him. But his face said everything he couldn’t. Cassandra, on the other hand, poured out all her gratitude in a heartfelt Facebook post.

“This officer helped us out so much in our time of need so it was so awesome to give back to him something so special,” Cassandra wrote. “Thank you for all you did for us, Officer Madsen! Can’t wait to meet your new K-9 when he comes!” 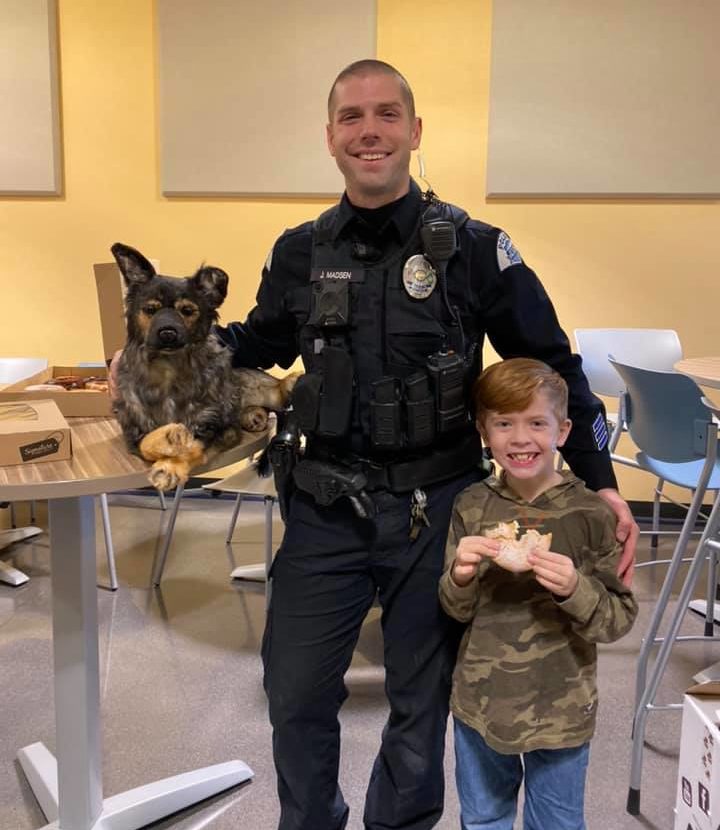 What a beautiful way to remember a fallen officer. Now Madsen will always have a piece of his beloved friend. Rest in peace, Lemon, and thank you for your service.

Watch as Officer Madsen unwraps his special gift in the video below, and share to spread the love for Lemon.