Anyone who has ever been pulled over knows the wave of anxiety that falls over a person when they see those flashing red and blue lights in their review mirror. Even if you know you did nothing wrong, once you see those lights you have to remind yourself to “act natural” as if you’re being caught for a huge crime (or, is that just us?).

Christy Carter knew exactly what she was being pulled over for when she saw the flashing lights pull up behind her. The single mom pulled over expecting to get a ticket but instead was given compassion and help from the officer. 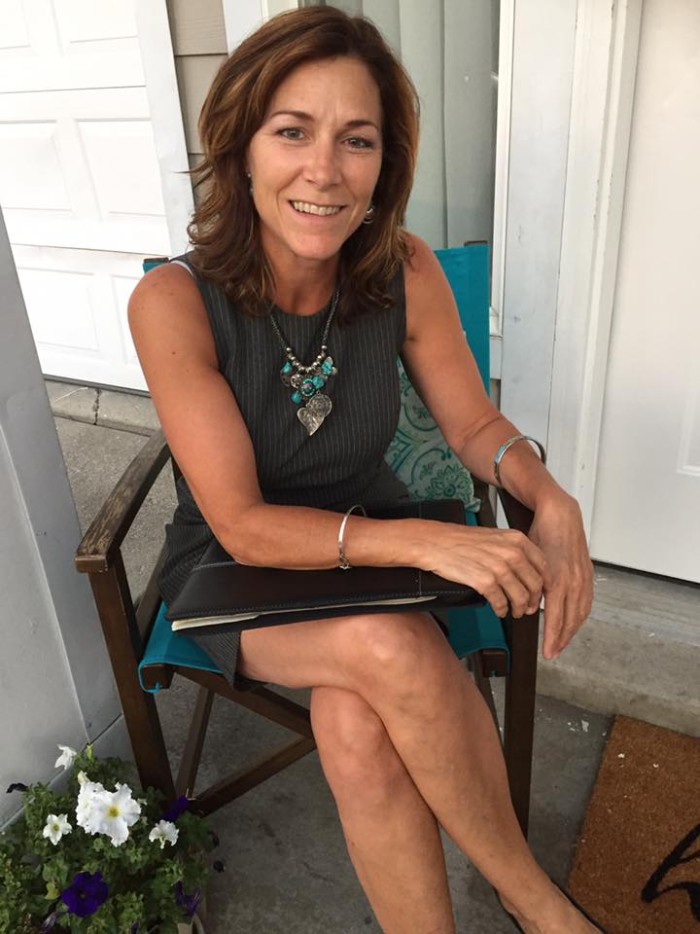 Christy was driving her son, Jake, to meet up with his friends for their Homecoming dance. They were running late, Jake hadn’t tied his tie (and Christy didn’t know how to do it for him), and both of them were stressed and frustrated. So, Christy was trying to make up for some lost time and get Jake to meet up with his friends, so she rolled through a stop sign instead of coming to a complete stop.

Then, Officer Mike Carrill pulled up behind her and turned on his lights. Christy knew that there was a ticket coming her way, and Jake was even more stressed and panicked at yet another setback in the schedule. When Officer Carrill walked up to them, Christy said he could clearly see the “stress on [her] son’s face”. 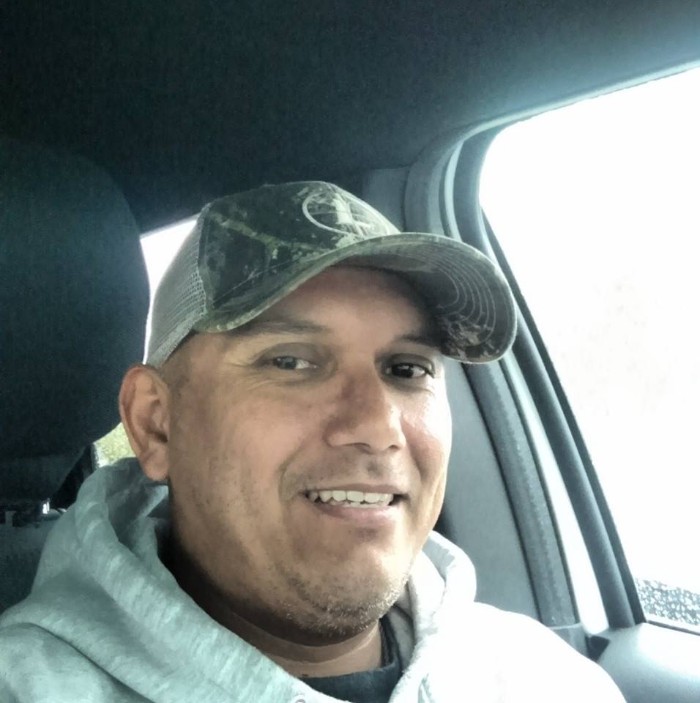 After hearing the story and the situation Christy and Jake were in, Officer Carrill opted not to write a ticket, and instead offered to help Jake with his tie. Christy quickly grabbed her phone to record the moment, and was in awe over the kindness the officer was showing her son. 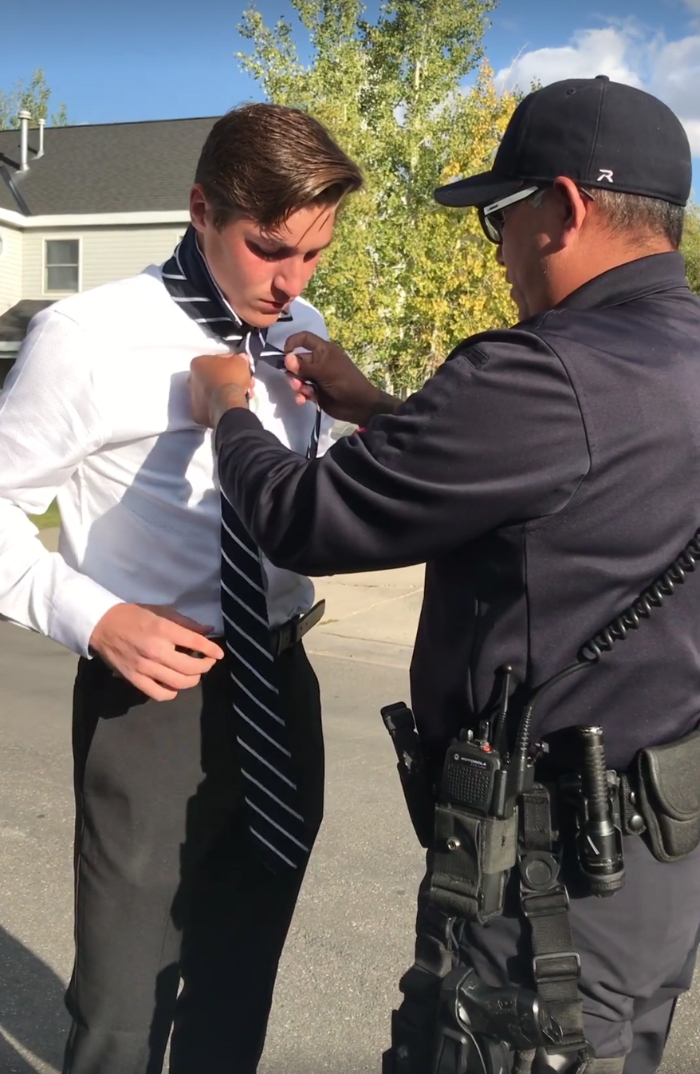 She later posted the video to her Facebook page saying, “A big shout out to this Park City Police Officer who saved the day in an unusual way for a stressful, sinking, single Mom moment”, and it didn’t take long for it to gain a lot of attention.

Local citizens filled up the comments section, applauding Officer Carrill’s kindness. The police department he works for didn’t seem to mind that he skipped out on writing a ticket because they also shared the video and said, “Officers like Mike Carrillo of the Park City Police Department’s Uniform Section are the kind-hearted Officers who quietly do good deeds for Parkites in need. We are proud of Officer Carrillo and his actions to turn a potentially negative experience into a positive one. Our thanks to Christy Carter for highlighting the often unnoticed.” 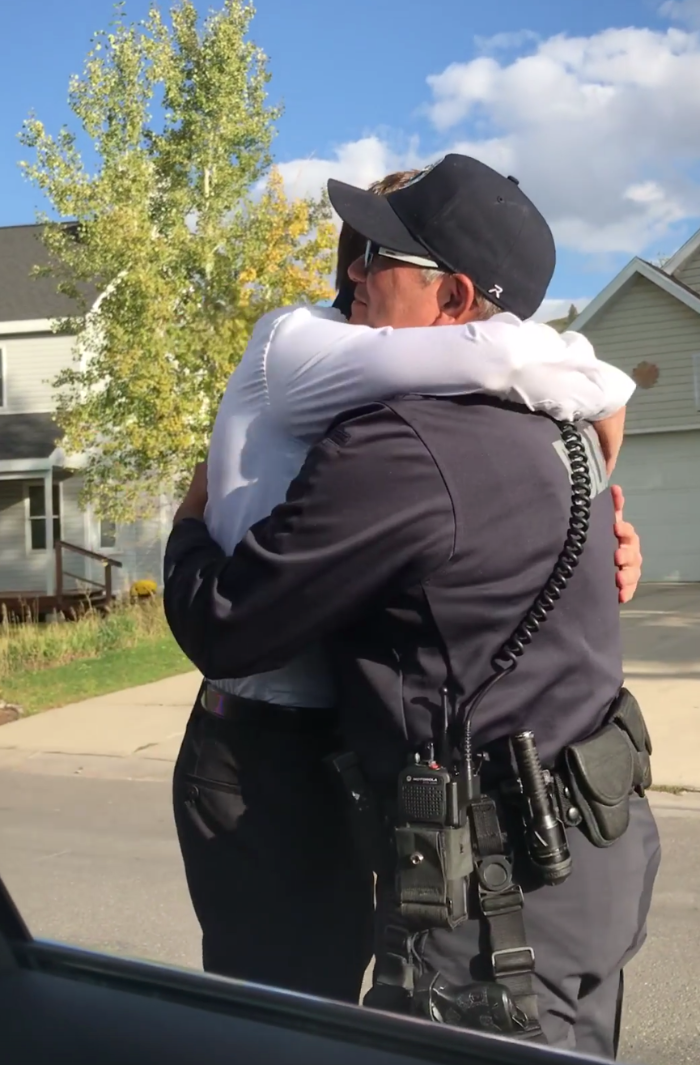 Officer Carrill took the opportunity to show some kindness, offer support, and help a frazzled mama in need. Something tells us that despite getting off without a ticket this time, Christy will never forget to come to a complete stop at a stop sign again.

Watch the sweet teaching moment in the video below, and don’t forget to share it with your friends!