It’s always a good idea to let your boss know when you’re too sick to come into work. But sharing the news with the entire company might be overkill.

That certainly wasn’t Nick Vasos’ intention when he emailed his superiors at Kansas City’s FOX4 News on November 21. The anchor and traffic reporter was feeling under the weather, so he wrote that he’d be taking the next day off to recuperate. Then, he accidentally sent the email to nearly 200 TV stations under FOX4’s parent company, Nexstar. 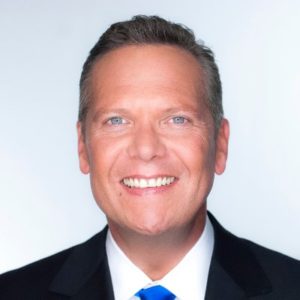 But what started out as an embarrassing mistake turned into one of the most hilarious trending hashtags on Twitter. Well-wishers from stations around the country tweeted out their support under the hashtag #PrayersForNick. Here are 14 of the best responses to Nick’s sick day.

2. It got so overwhelming, in fact, that Nexstar eventually shut it down. 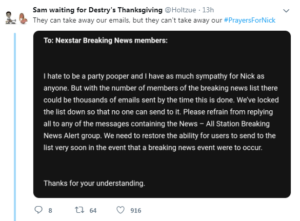 3. The tweets, on the other hand, were just getting started. 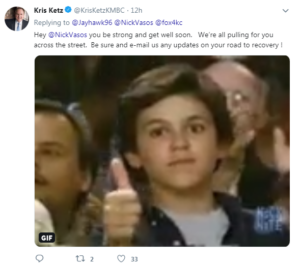 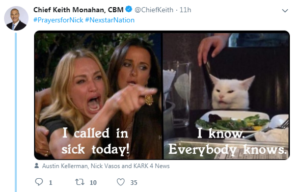 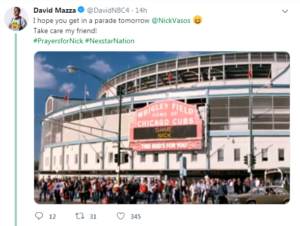 6. Other on-air reporters poked fun at Nick’s “convenient” choice to call in on a Friday…

8. The best part, though? The intended recipients didn’t even get the email!

9. But as soon as Nick’s coworkers at FOX4 got the news, they set up a vigil in his honor. 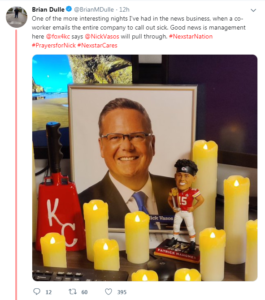 10. They lit candles, determined to see a healthy Nick back at the station. 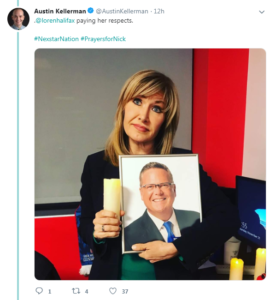 11. They prayed feverishly over his photo… 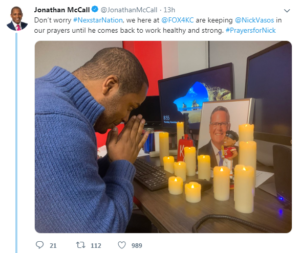 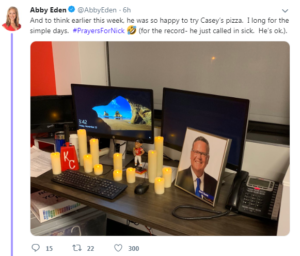 13. But while he’s on the mend, they’ll be sending plenty of ginger ale, soup, and tissues his way. 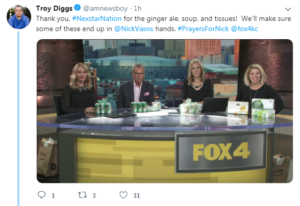 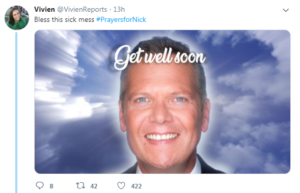 As much as he enjoyed the hysterical outpouring of support, Nick wrote that he learned a very important lesson that day. “Take it from me, when calling in sick don’t email [everyone at Nexstar].”

Share this story to spread the laughter — and your own prayers for Nick.