We love classic songs, but it’s always interesting when a group comes along and makes those old songs sound brand-new again.

For musical group The Newfangled Four, putting a new spin on old favorites has taken their career far beyond that of your average barbershop quartet. Their particular blend of talented vocalists and slapstick comedy is a big hit with audiences around the world. They’re so good that even their mic-check has the power to go viral! 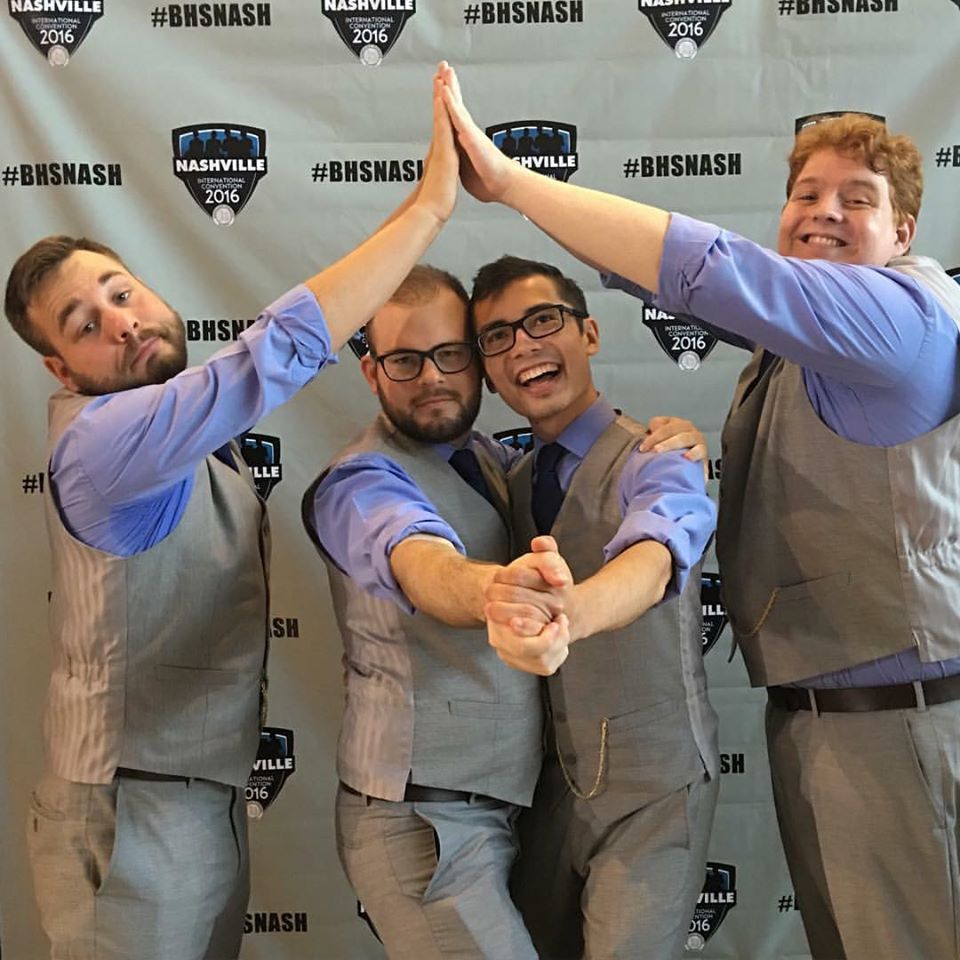 Members Joey Buss, Jackson Niebrugge, Ryan Wisniewski, and Jake Tickner have been touring as The Newfangled Four since 2012, getting their start in Long Beach, California, and now delighting crowds worldwide. While the award-winning quartet was attending the 2016 Barbershop Harmony Society International Convention in Nashville, Tennessee, they performed a mic test ahead of the Quartet Finals that became an instant hit online.

The song is an old barbershop quartet standard and favorite called “Hello My Baby.” While the chances are excellent that you’ve heard of it, you probably haven’t heard it like this before! During the mic check before their performance, the Newfangled Four showed us what this classic song would sound like when sung in the style of Blues, Swing, Doo-Wop, and more. 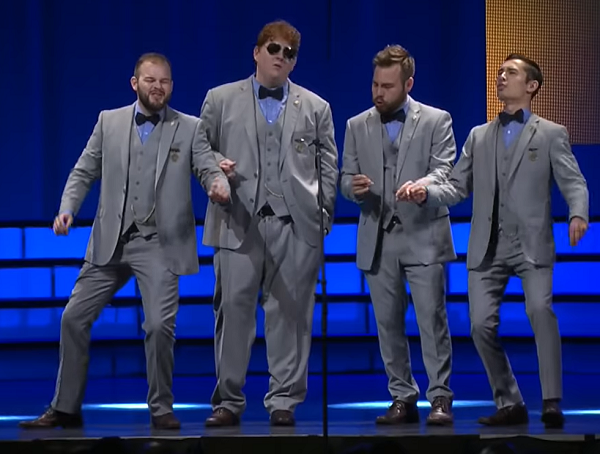 “The Newfangled Four wouldn’t be the Newfangled Four unless we did something a little awkward and weird for ya,” said baritone Ryan Wisniewski as he introduced the act. Sure enough, the guys came prepared with props and gadgets to perform “Hello My Baby” as if it were written and performed throughout the decades. They start with lead vocalist Jackson donning sunglasses to take on the song from a Blues perspective, before moving into 1920s Swing style and then a 1950s Doo-Wop that would make The Big Bopper proud. 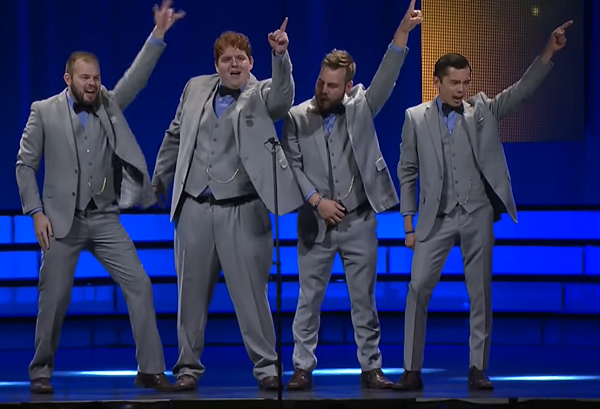 The group continues their performance with more quirky comedy, tackling a country version of the song before moving on to the disco era. They even bring out a special guest to help them perform a late 1980s/’90s rap song that isn’t half-bad.

Watching this video makes it clear why this group has found such success around the globe. As their website states, “The Newfangled Four merges their talents as top-notch harmony singers and first-class entertainers. Their show is a blast from the past and a look into the future of barbershop quartet singing as they evolve the art form into their own style, captivating audiences of all ages.” 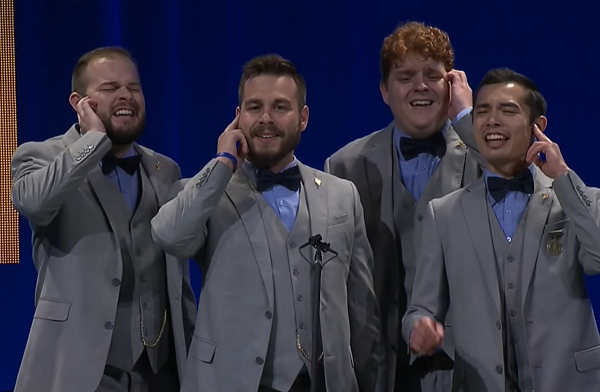 As they wrapped up their mic check, an honor bestowed on the 11th-placing act in the competition, the guys even treated us to a classic version of the song, demonstrating the full power of four-part harmony at its finest. We definitely won’t think of “Hello My Baby” the same way ever again! Which version is your favorite?

Watch the video below to see the Newfangled Four in action, and don’t forget to share.

Man Puts A New “Dad Joke” On His Lawn Every Day To Amuse Neighbors During Quarantine.

No matter what's going on the world, you can count on dads to make corny jokes. When Reddit user JulesGirth shared photos of the signs his neighbor has been placing...

Most of us are more than a little stir-crazy after spending days upon days in self-isolation. For many, it's starting to feel as if there's nothing left to do. Staying...

Texans Scared Of Hailstorm Protected Their Cars In The Most Hilarious Ways.

April showers bring May flowers, but what if those showers happen to contain golf ball-sized hail? The weather report for North Texas looked increasingly grim one spring day, and meteorologists...

Woman Spots “Dead Dog” In Road But When Animal Control Arrives They Bust Out Laughing.

When it comes to cases of mistaken identity, this one takes the cake. Kristen Polletta of Providence, Rhode Island was driving down the street one day when she spotted a...