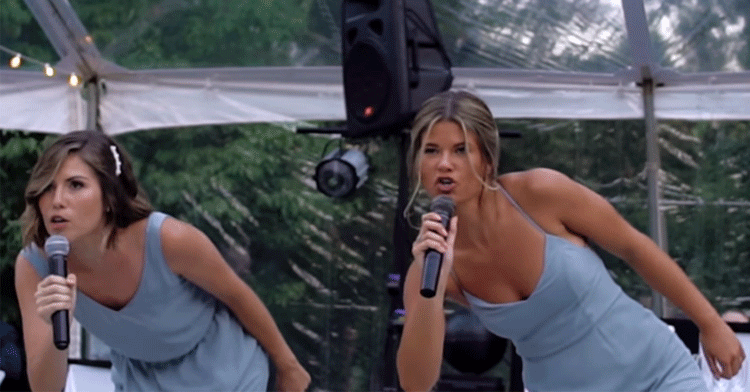 Rapping Bridesmaids Are Back And Have Guests Rolling At Sist...

Weddings are all about tradition, but some families have their own unique traditions that are anything but typical.

The Cox family of Louisville, Kentucky, have three lovely daughters. Jessica, Jordan, and Cassidy are all close in age and have a tight bond, so when oldest sister Jessica got married in 2015 her sisters knew that giving a boring old speech at the reception was out of the question. 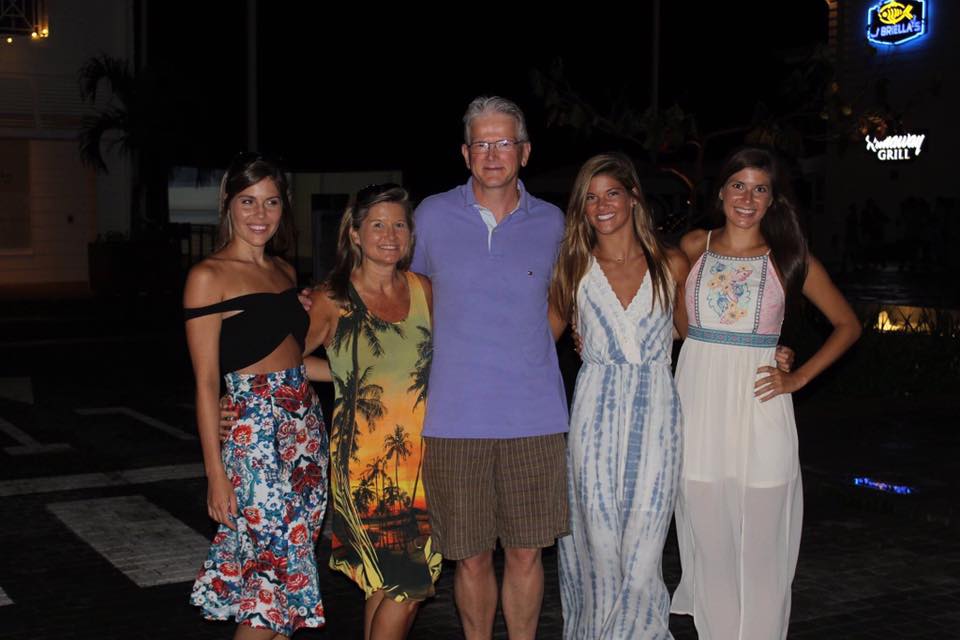 Instead, Jordan and Cassidy got together and created a funny rap to perform during the reception. The two sisters entertained everyone in the crowd and had the bride and groom in stitches. After they uploaded the video to YouTube they were shocked when it went viral!

Once they had a taste of viral stardom there was no turning back. As middle sister Jordan prepared to marry her longtime sweetheart Connor Schwartz in 2019, Cassidy and Jess immediately started scheming. 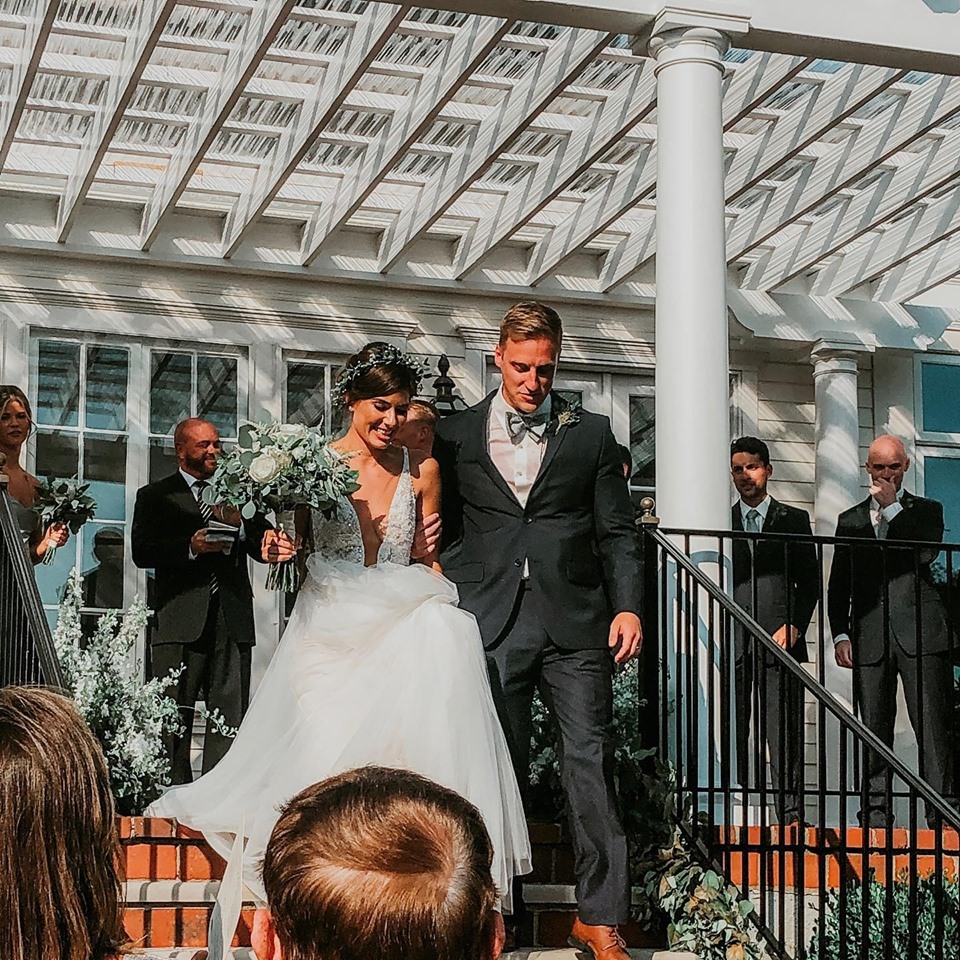 Once the wedding was done and guests had assembled under the tent for the outdoor reception, Jess and Cassidy took the stage. At first, it seemed that the sisters had had a change of heart and decided to go the “normal” toast route, but where’s the fun in that?

“So I know Jordan and Connor were expecting us to do a big to-do, but since we didn’t live together it was a lot harder,” Jessica began. “It’s easier said than done. They put on a big production for my wedding and it got 2.5 million views. We just decided to leave it at that because we’re never going to be able to top something like that, so anyway, we have a very heartfelt speech so, I guess I’ll go ahead and get started.”

But instead of starting a toast, you guessed it! A certain iconic sitcom theme song began to play. “Friends,” anyone? 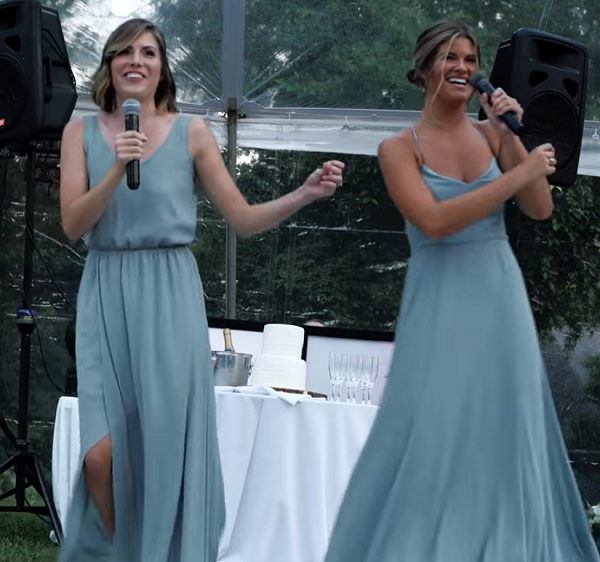 The two sisters gamely sang a few verses of the famous song, but with their own lyrics that they’d custom-written about Connor and Jordan. As the YouTube description warned, “They are not professional singers,” but they still make us laugh!

The sisters didn’t stop there. They soon moved on to an energetic version of “U Can’t Touch This,” complete with choreographed dance moves that would make MC Hammer proud. But wait, there’s more! We haven’t even mentioned the cowboy costumes yet… 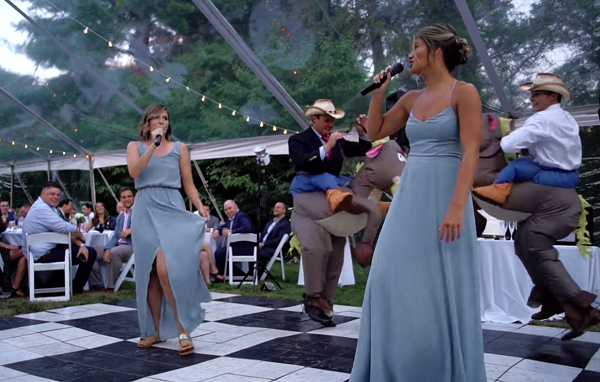 Two groomsmen came out in costume to provide backup dancing for “Old Town Road,” and the entire place was laughing hysterically at their antics. You’ve just got to love people who aren’t afraid of looking foolish if it means making others laugh this hard.

The ladies finished up their awesome performance with an original rap they made for Connor and Jordan, including a few jabs about old boyfriends and the fact that the groom is a dentist. Good stuff! 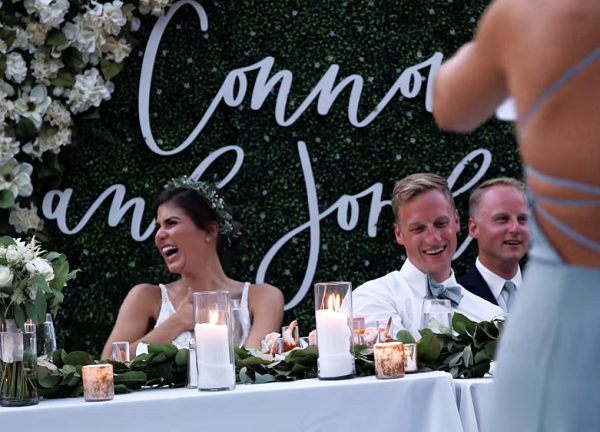 Now this is the kind of wedding we want to get invited to! This family clearly knows that there are few occasions where humor isn’t welcome. We’re not sure how Jordan and Jess will top these wedding toast performances when it’s Cassidy’s turn to walk down the aisle, but we can’t wait to find out.

Watch the hilarious bridesmaid performance below, and be sure to share.