It may surprise you to learn that animals can have best friends, too.

Nicole Ackehurst of Melbourne, Australia says that the moment her family moved into their new house, their Staffordshire Bull Terrier Aeida has been utterly head-over-heels in love with the dog next door, Cashew. They love to play together so much that the families eventually built a doggy doorway between their two properties so the dogs can spend time together whenever they want. 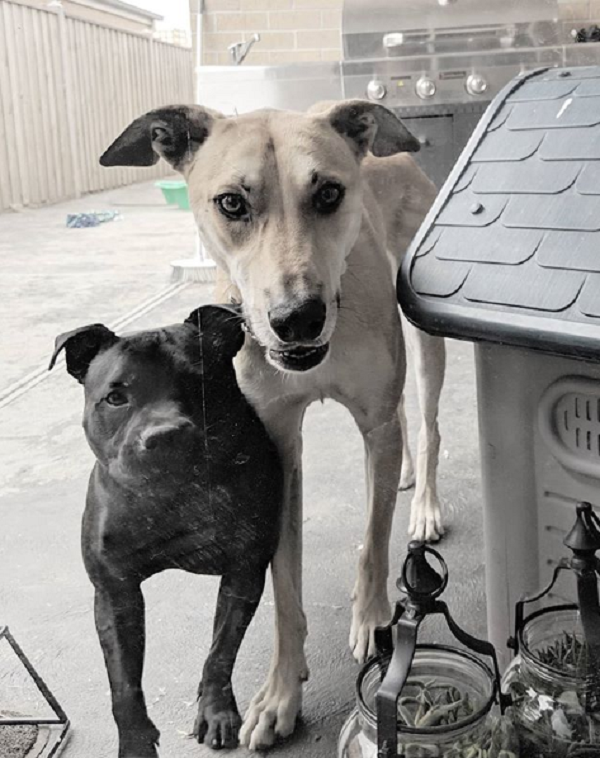 From the start, Aeida was enamored not just with Cashew, but with Cashew’s family. The black Staffy loves to play with the kids next door, rolling on the floor with them as they laugh and play. “Aeida is very friendly and loving. She really just loves everyone and anything — especially our neighbors’ children,” said Nicole.

Aeida’s fondness for the kids next door became hilariously apparent one day when Nicole received a message from the neighbors on Facebook. It seems that their dog, who normally hates taking baths, had jumped right into the tub with their two children at bath time that night. “Our neighbors sent us a Facebook message with Aeida sitting in their bathtub,” Nicole said. “We believe that was the first time she had done it.” 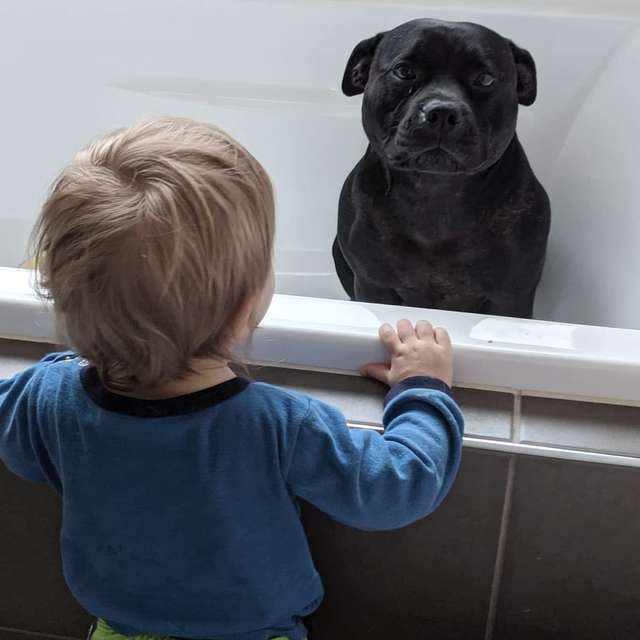 Nicole and the neighbors all had a good laugh over the silly dog. She apparently loves those kids so much she’d even brave the bath tub just to spend some time with them! How could you even be mad at a face like that?

This wasn’t the last time Aeida would join the kids for an evening soak. Now she heads over nearly every single night at bedtime to do her part to help them get ready! “She will join them at bath time at every chance she gets,” Nicole said, adding, “I’m pretty sure our neighbors love having her over, just as we love having Cashew come over too Aeida and Cashew are great friends, and have such a strong bond. They’re both considered great parts of our families.” 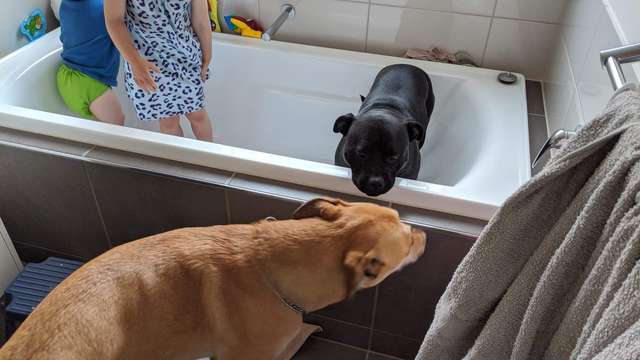 How adorable is Aeida for joining the kids for a tub?This is a terrific arrangement for both families. They get even more canine love and companionship than they signed on for — plus a bath time buddy! If that isn’t incentive for the kids to take their nightly bath, we don’t know what is.