Imagine spending every day with your best friend, and then the two of you suddenly get taken from the home you share and thrown into a shelter.

This was the case for pups Maggie and Ollie who were surrendered to an animal shelter by their owners. Their shelter put out a desperate plea for someone to adopt the dogs together – but had no idea a Hollywood hero would end up being their real-life hero. 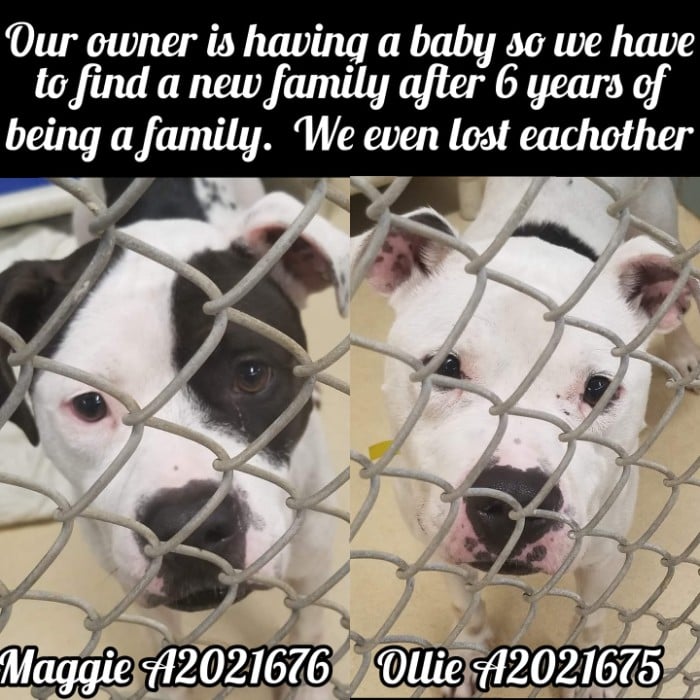 Maggie and Ollie were surrendered by their owners to an animal shelter after living together as a family for six years. The owners were about to welcome a new baby into the family and apparently no longer had room for the dogs. Once they were dropped off at the shelter, the scared pups were not only separated from their humans but from each other as well.

Maggie and Ollie had a rough life as it was because they had been “neglected and abused” by their previous owners. So being separated from each other made their lives all the sadder. Eventually, word spread about them and got all the way to “Guardians of the Galaxy” star, Dave Bautista who swooped in to prove he’s more than just a Marvel hero. 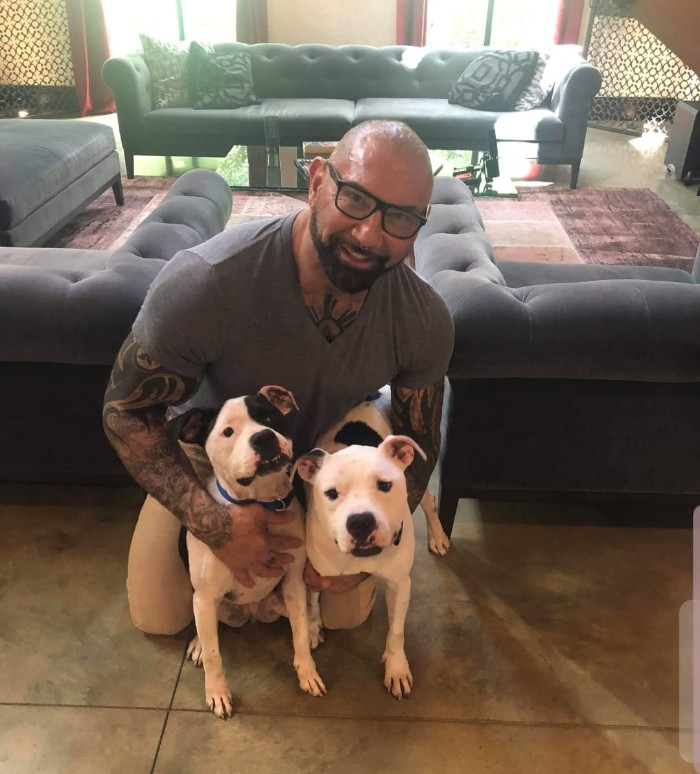 Dave is an ambassador for the nonprofit, Frankie’s Friends and has even helped convince Marvel to agree to donate up to $50,000 to the organization. When they caught wind of Maggie and Ollie’s story, they immediately thought of the former-wrestler and asked if he could help.

He didn’t just help, Dave gave these pups a new life. In an Instagram post, he said,

I needed them, they needed me. These beautiful babies spent the first six years of their lives neglected and abused. And now they are going to spend the rest of their lives being spoiled and loved.

According to Lisa Bricker, the director of development at Frankie’s Friends, Dave and the dogs seemed to fall in love with each other almost instantly. In fact, in a photo Dave posted, Lisa said that the dog laying on his lap hadn’t even known the actor for four hours and was already that comfortable with him. 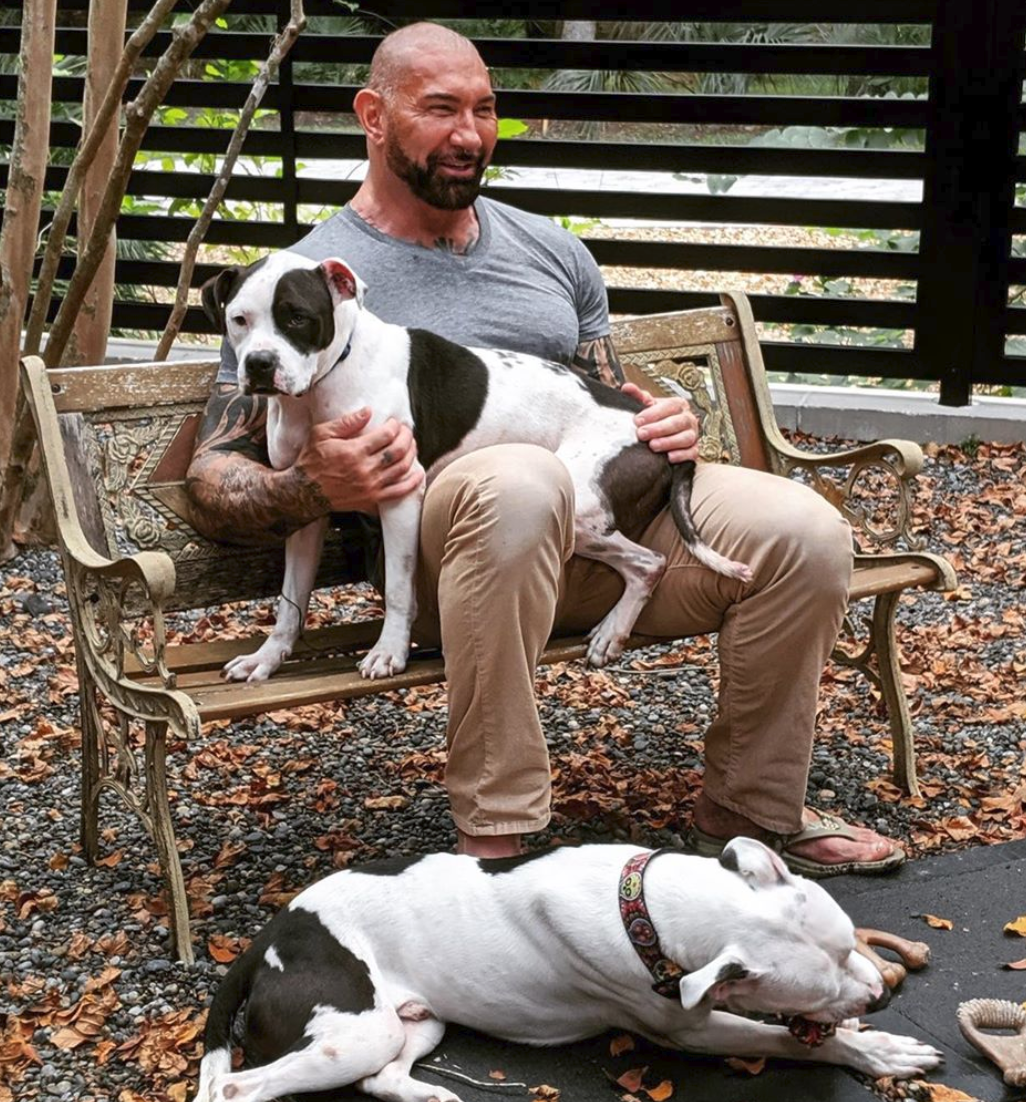 “[Dave] has an amazing heart for animals, but I think what is even more beautiful about how he connects with pit bulls is that it’s just such a seamless, loving, humble way that he reaches out to dogs and he really connects.”

Dave’s real-life heroism is far more impressive than his stint in theMarvel Universe’s (if you ask us). Sadly, Maggie and Ollie’s situation isn’t uncommon, so be sure to share this story to encourage others to adopt today.