The Munford High School band has received accolades nationwide. Now they can add “going viral” to their list of accomplishments.

The well-established Tennessee band has already excelled in many marching band competitions and has even performed at the Tournament of Roses Parade and the Macy’s Thanksgiving Day Parade. Now, thanks to a viral video captured by one member’s mother, their 2019 Christmas performance is wowing audiences online. 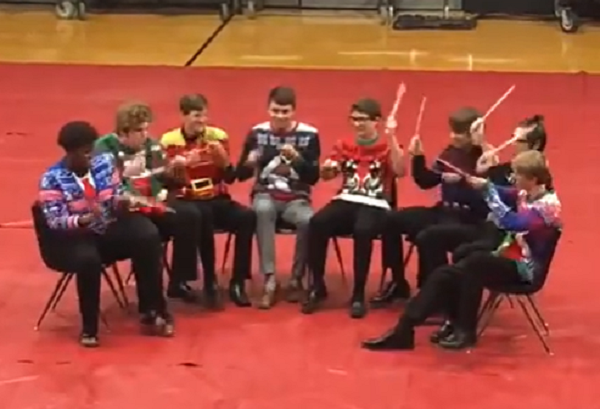 Angel McCann’s son Blaine Pittman is a sophomore who plays the snare drum for the Munford Band. When Angel attended their holiday concert she made sure to have her phone ready to record because she already knew the audience was in for a treat.

“I never miss an opportunity to video their performances because it is always spectacular,” she said. “But I never imaged it would get this recognition.” The video shows eight young men dressed in festive Christmas sweaters, sitting in regular school chairs in the high school gym. All of these students are drummers, so one thing that’s missing from this scene is pretty obvious. Where are the drums? 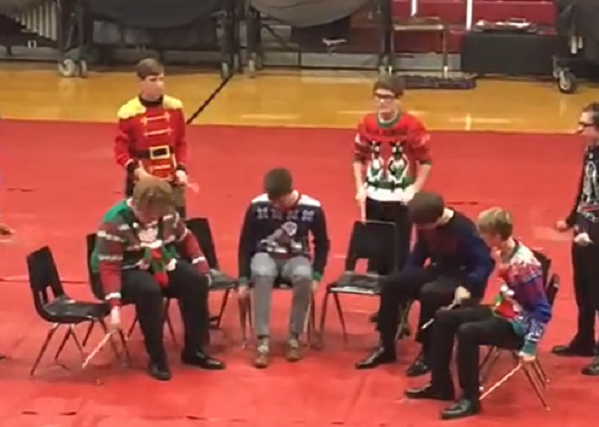 As it turns out, they don’t even need drums to put on an impressive display of percussion. Using only their drum sticks, feet, and the chairs they’re sitting on, these talented drummers create a world of sound. The musicians start sitting down and then progress through a series of choreographed moves, all the while tapping out a beat that left the whole room awestruck.

After Angel uploaded the video to Facebook, the rest of the internet had a chance to witness this spectacular show, too. The video went viral right away, and Angel couldn’t be happier.

“We knew this group was special, and now the whole country knows!” the proud mom said. “These kids are so deserving of the recognition they are getting.” 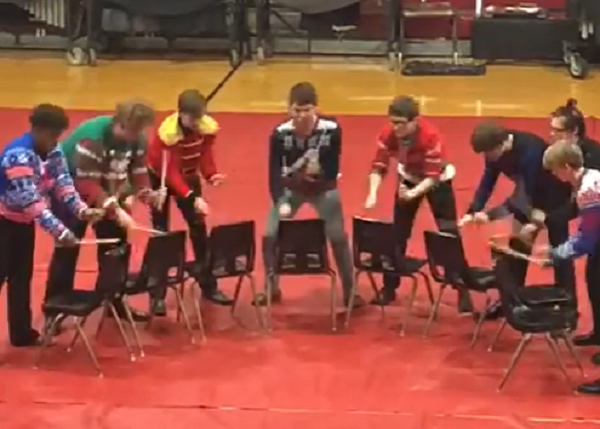 You don’t see talent like this every day! These boys clearly worked very hard to perfect this routine. We’re so glad they’re getting the recognition and praise for all those hours spent practicing. They really nailed it!

Watch the video below, and be sure to share.

They did the THANG! 🥁 #munfordband