Marching bands have long been a favorite part of sporting events. They hype up the crowd and their half time performances have gotten more and more creative over the years.

The students in the Jefferson Davis High School marching band know how to mesmerize its audience. And it’s all thanks to their incredible talent. 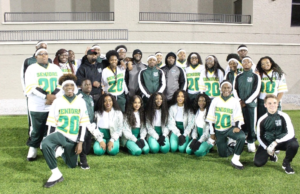 On November 1, the school’s football team played against Dothan at the Cramton Bowl in Montgomery, Alabama. There the band captivated once again.

It was Senior night, and the JDHS band took to the stadium to get everyone in the mood to cheer. The first person in the line was drum major Justin Heideman. 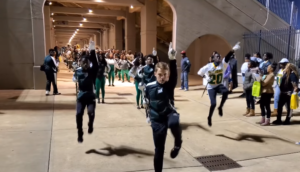 At first glance, there’s nothing particularly unusual about the 17-year-old. But everyone who’s seen Justin’s funky move agrees that he’s earned his place as head drum major. In fact, his fellow band members affectionately call him “Vanilla Funk.” And it’s not hard to see why. 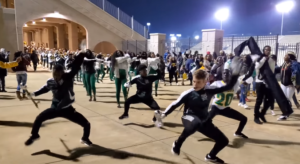 With Justin front and center, the drum majors danced and marched their way to the parking lot, with a procession of fans following and cheering to the side. They moved together as a unit so seamlessly they made the routine look easy, though we know it took countless hours to perfect. 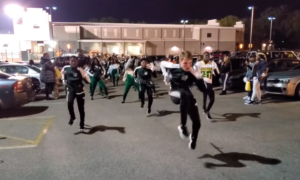 The drum majors, dancers, and musicians created such an exceptional performance that we are sure it could give anyone school spirit!

Many viewers have expressed their disbelief that this is only a high school band — they’re that good. If members decide to keep marching in college, just imagine how much more amazing they’ll get! 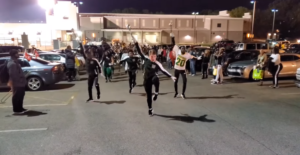 Watch this band shine in the video below, and share their talent with the world!