When a construction crew found a tiny animal at a site in Canary Wharf, London, they had no idea what they had stumbled upon. The little guy was caked in mud and bits of plastic and trapped at the bottom of a hole. Though the four legged creature at first seemed to be a puppy it’s condition left the workers guessing.

Thankfully, they had the presence of mind to contact the Essex Wildlife Hospital and the little guy’s rescuers came to collect him in the nick of time. Despite their experience working with wildlife, rescuers were baffled by the tiny animal’s identity. 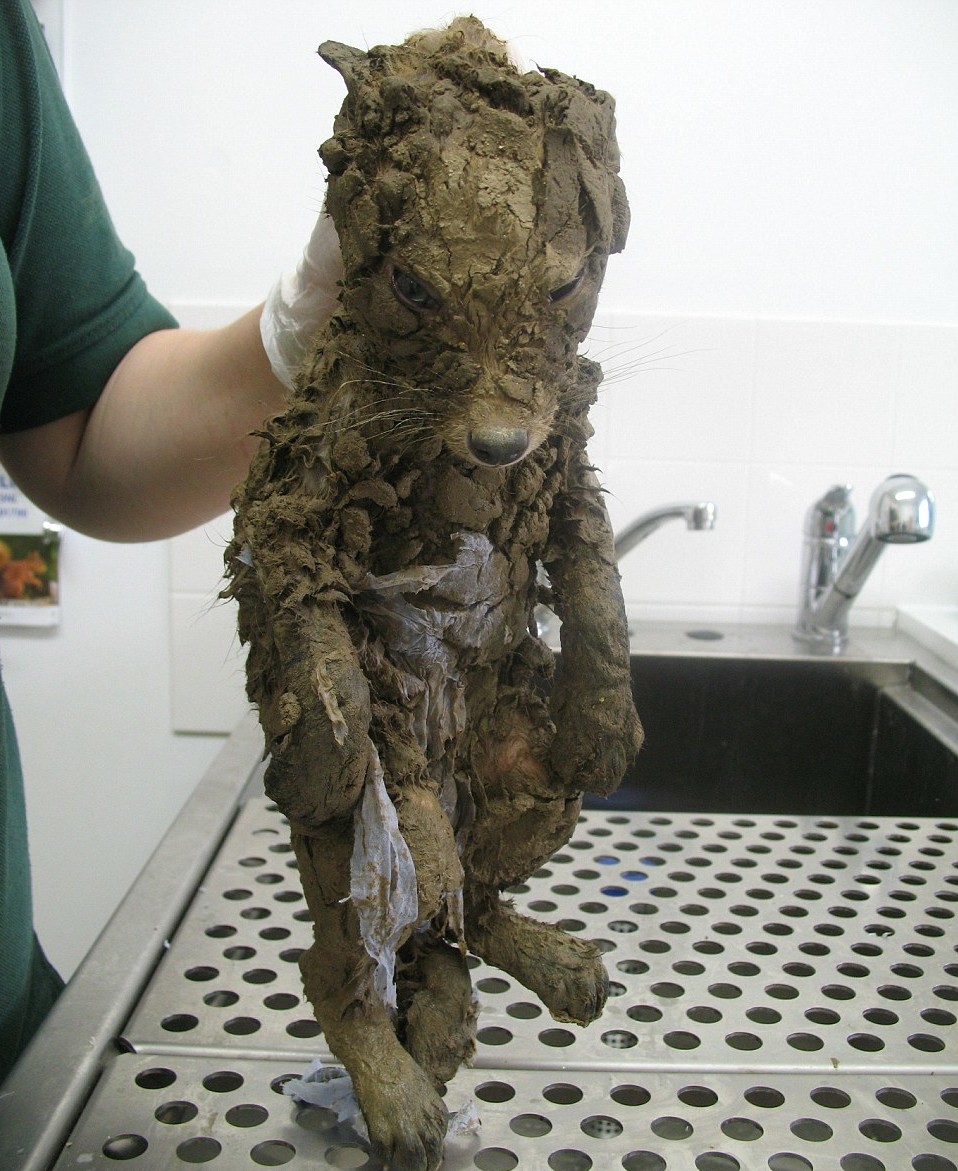 Veterinary staff spent several careful hours cleaning the little one up. After a good scrubbing the animal’s identity became clear. Much to their surprise they’d rescued a four month old baby fox! 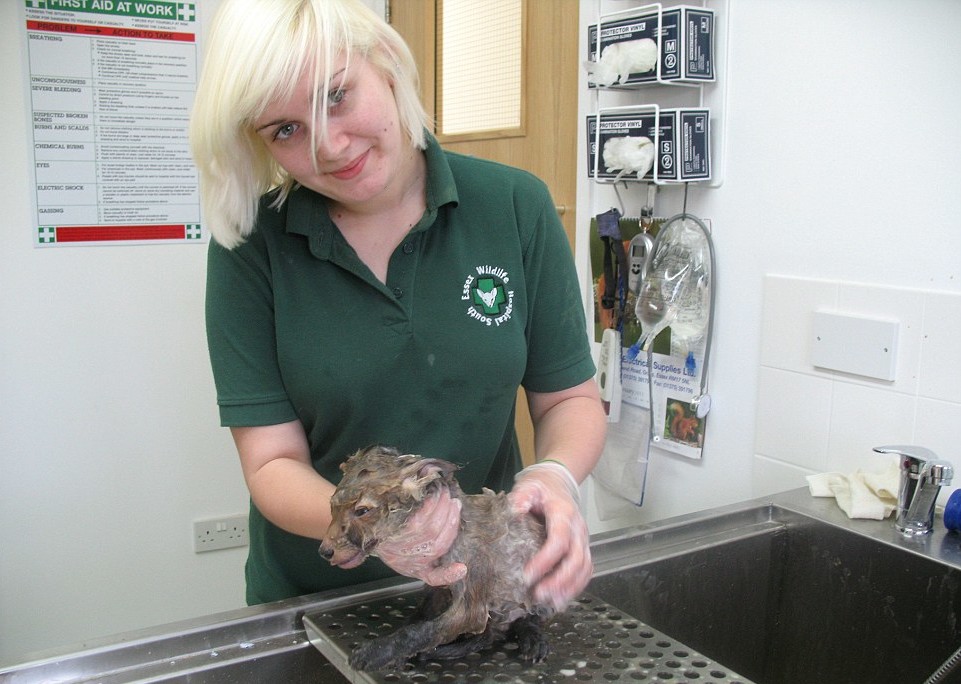 The little fox, was appropriately christened ‘Muddsey’ and hospital workers praised the construction crew for calling them in for the rescue. 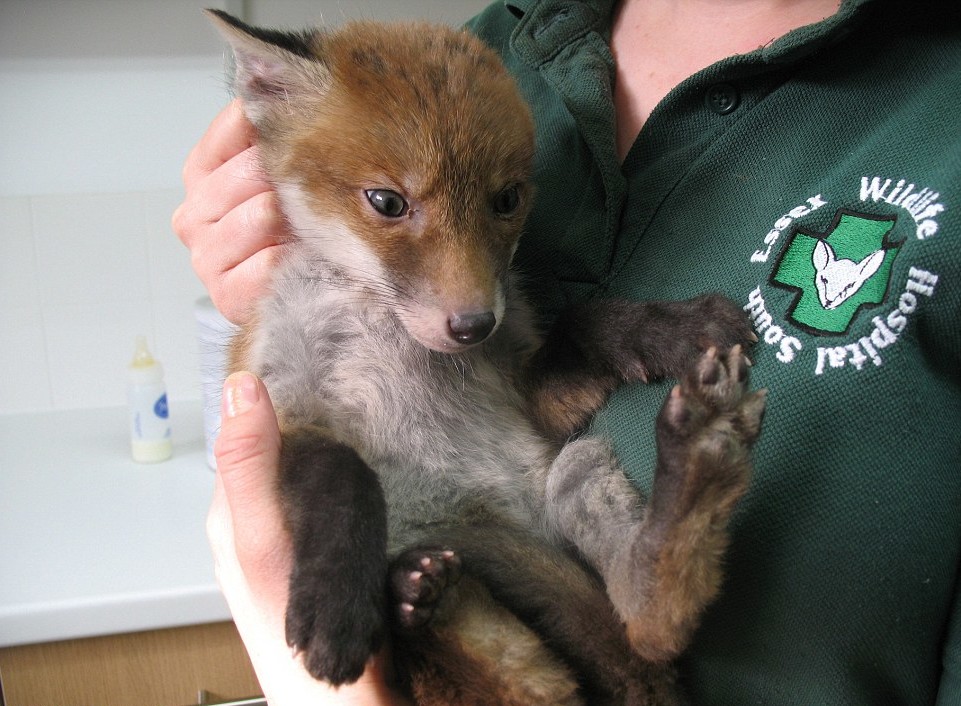 Su Schwar who runs the hospital said, “it would certainly have had a pretty awful death if it hadn’t been found, it was very cold and in shock but is fine now. We felt very sorry for him because he was completely caked and was absolutely petrified.”

It’s pretty incredible how quickly he was able to recover. We are so glad this little guy got the help he needed in the nick of time!