In late 2015, Maxim editor Jared Keller ran across an amusing yet thought-provoking image on Facebook, then reposted it on Twitter, asking his followers to weigh in.

If a dog could wear pants, how would he wear them? Tens of thousands of people took the bait, and suddenly the war was on. In the end, Jared released the results of his poll, which revealed a whopping 81% of respondents believed dogs would wear the pants on (drumroll) two legs. Just like their humans. 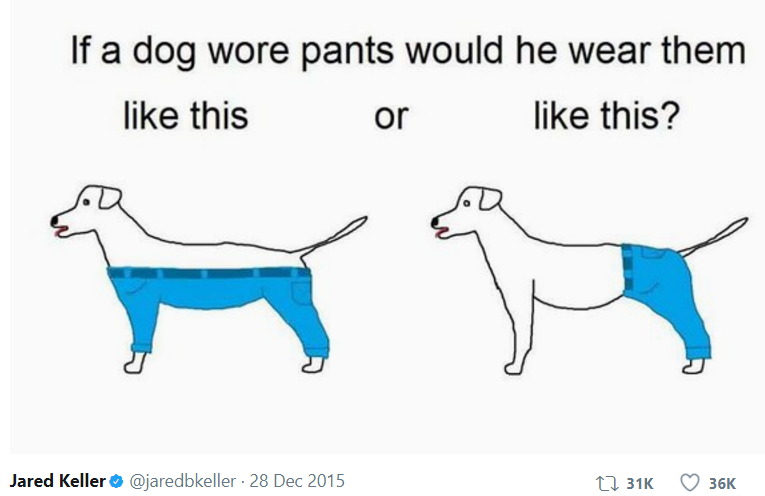 It’s unclear whether or not Ontario resident Tim Skelly knew about the debate. But if he did, he definitely would have voted for the four-leg option.

Tim– formerly a professional dog groomer– is now the owner of a doggie-apparel company, Muddy Mutts, which sells a sort of canine version of fishing waders. 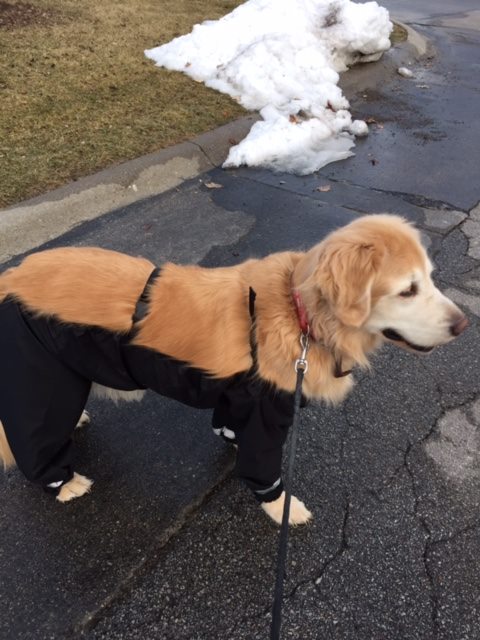 It makes sense since; unless your pooch is in the habit of rolling around in mud puddles, it’s mostly their undercarriage and legs that get covered in mud, snow and those pesky little burrs. 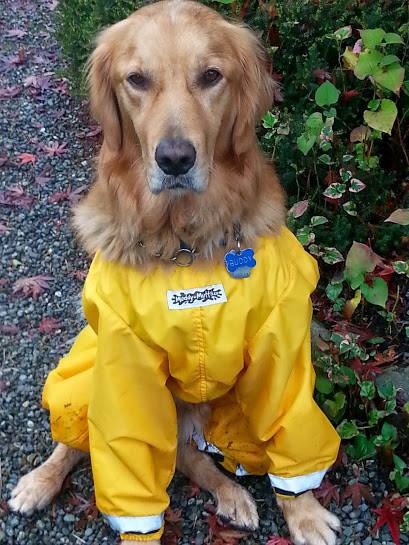 They look funny, “but when you get tired of cleaning a dog for 20 minutes after a walk, it’s really practical,” Skelly said. 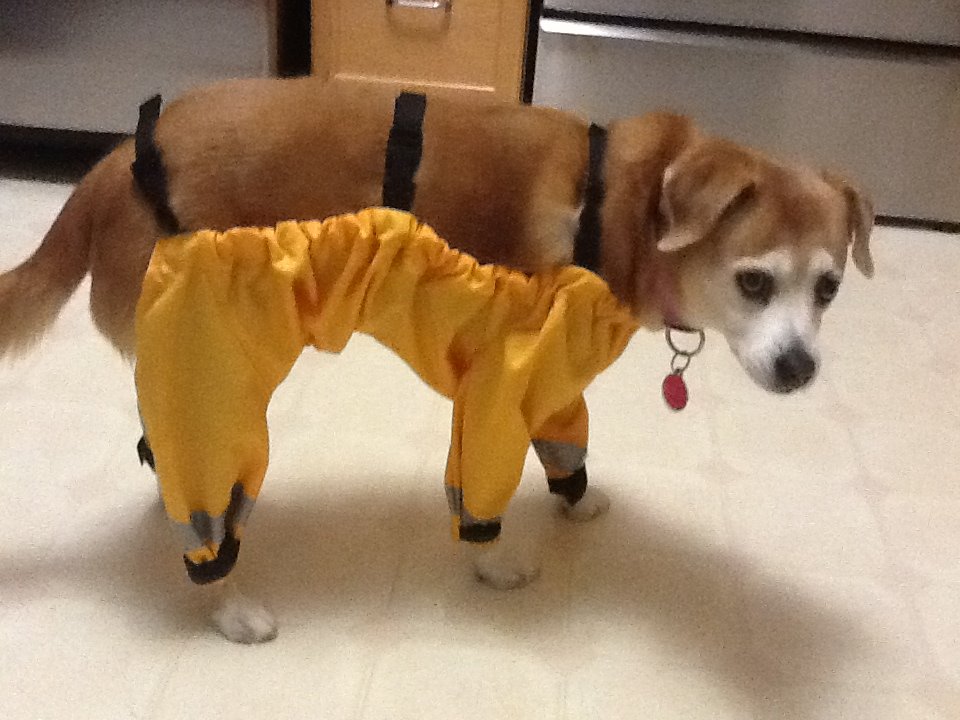 The waterproof waders are made of nylon and sized to fit dogs of all sizes. 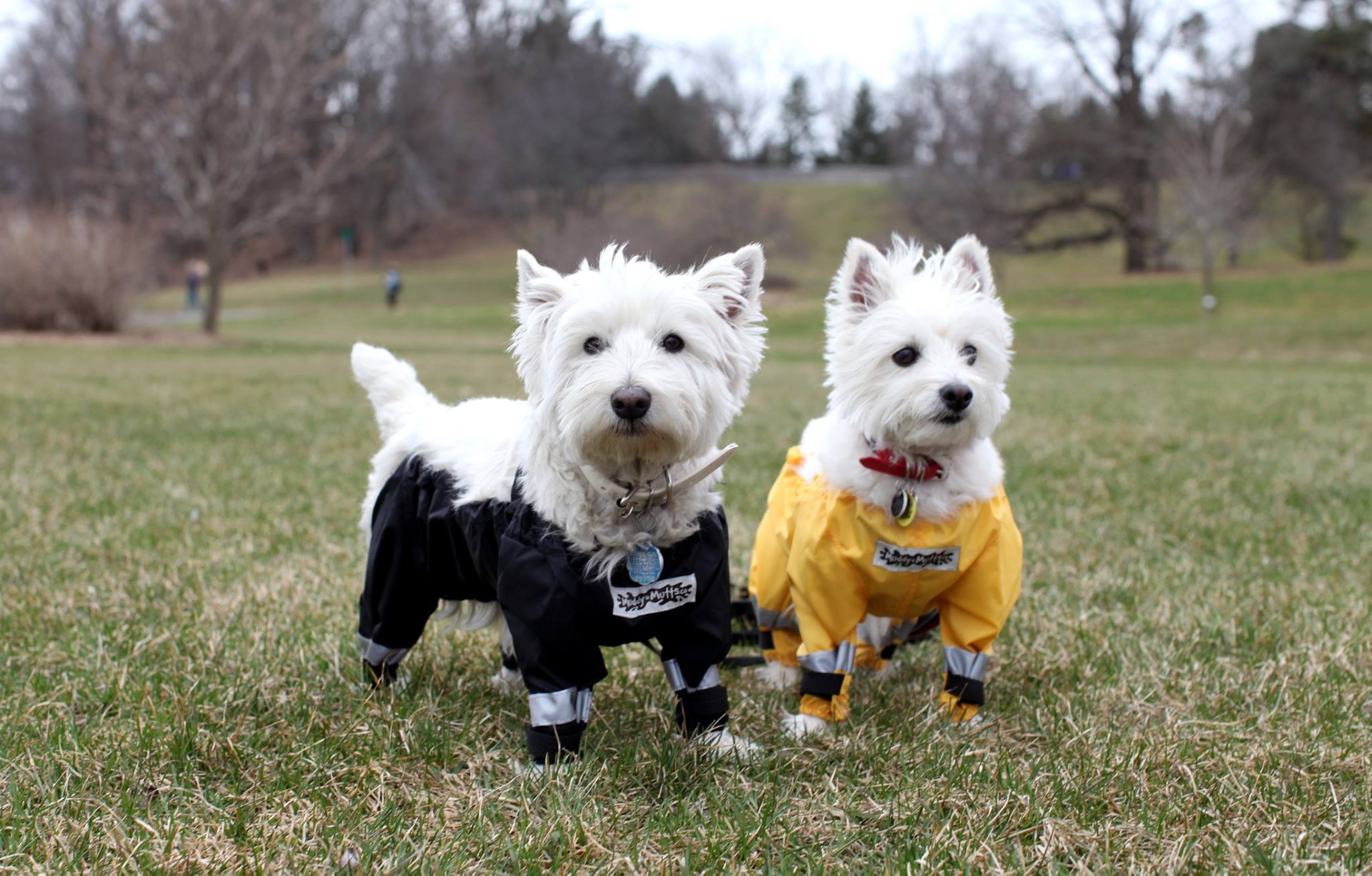 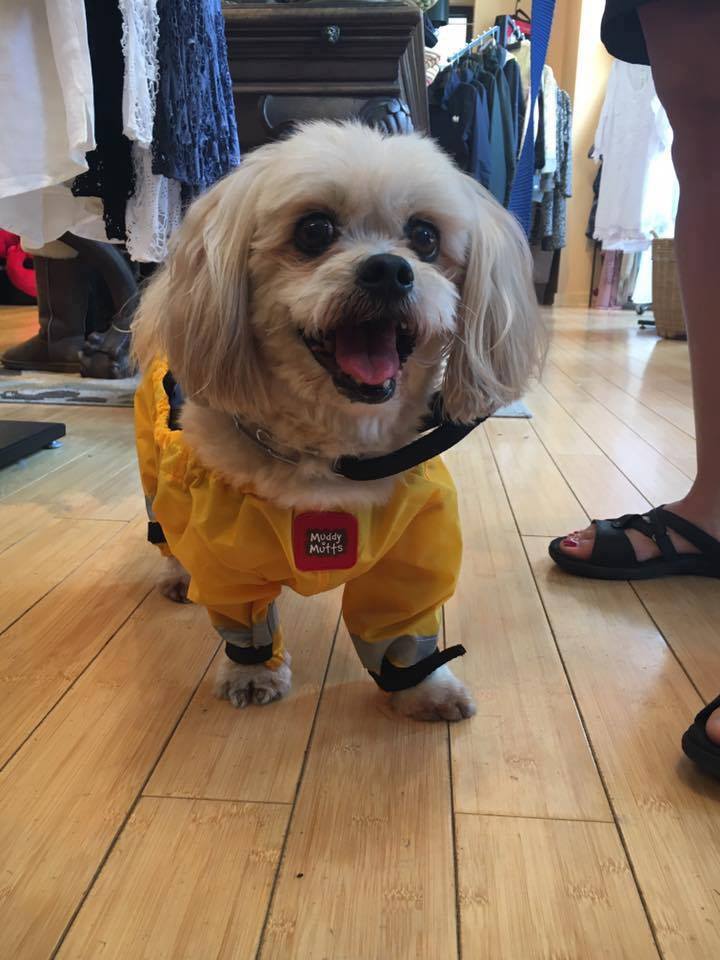 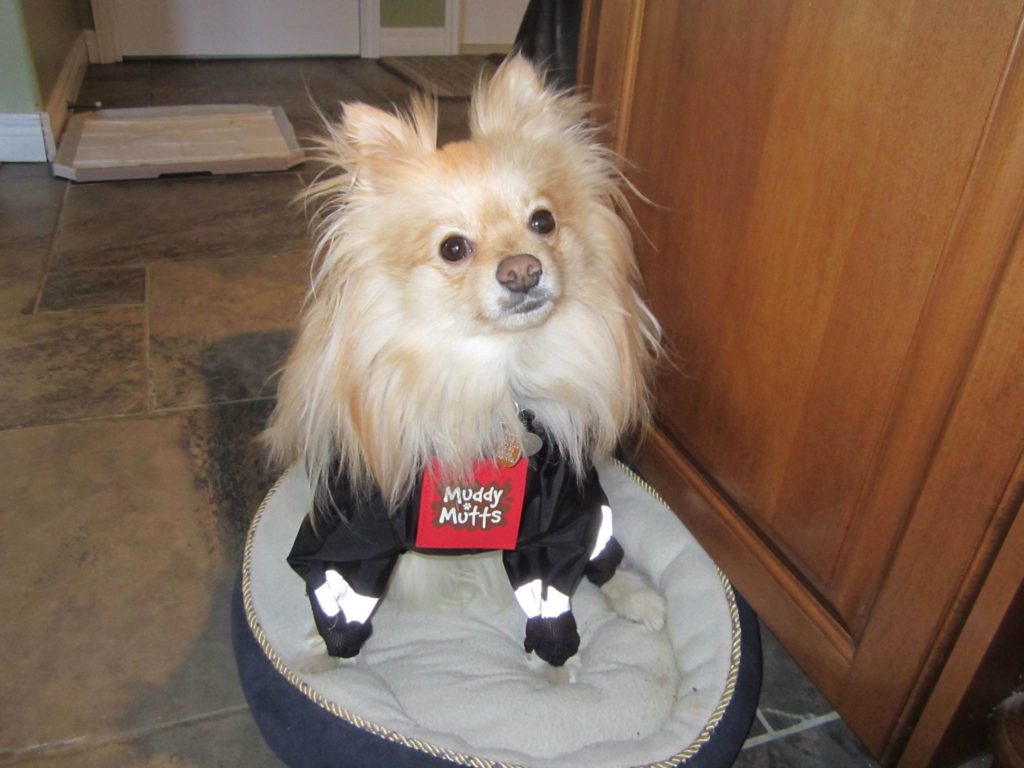 to their heftier counterparts. 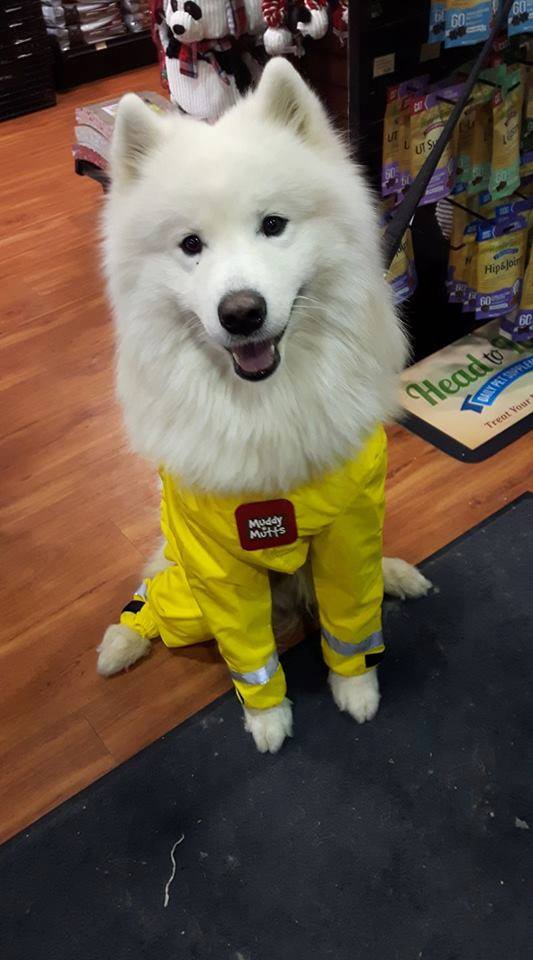 They’re designed in such a way that both male and female dogs can still “do their business,” and are embedded with reflective tape as an added measure for safety during those nighttime walks and romps. 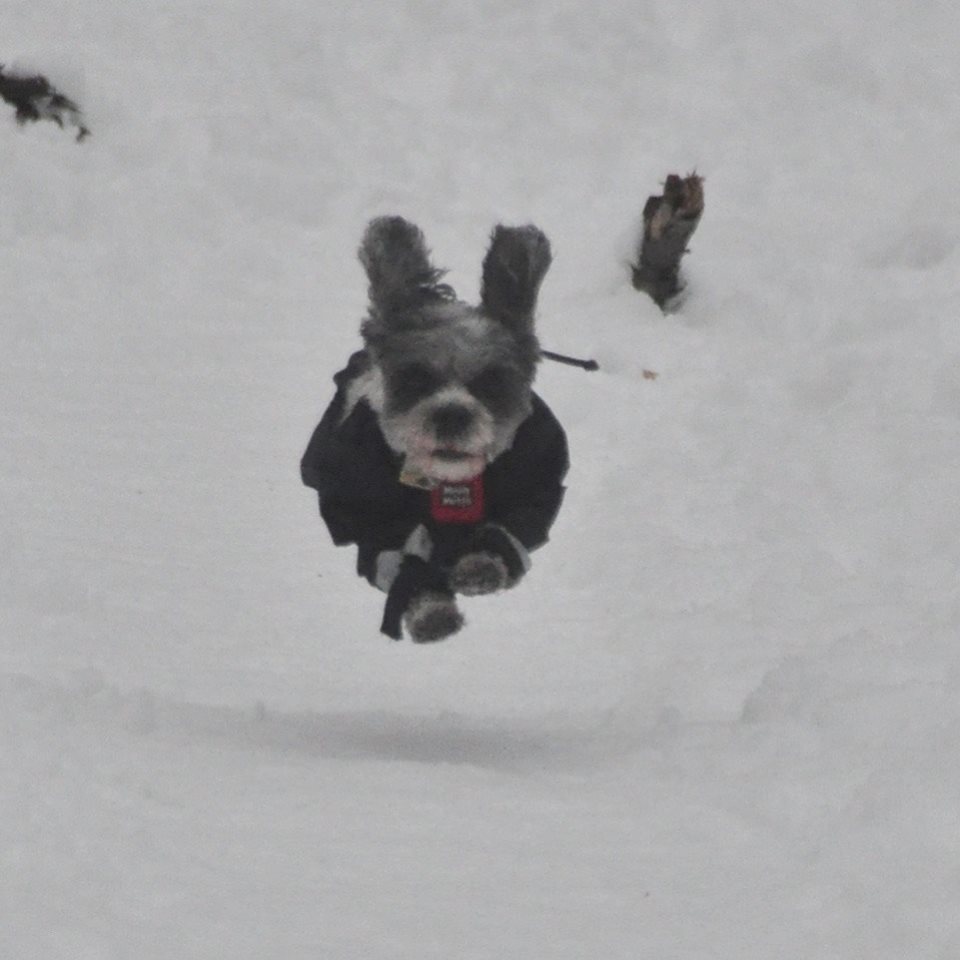 Now that’s a novel idea. The owners are spared the laborious chore of picking burrs and clumps of mud out of their dogs’ fur, and the dogs don’t have to deal with any more of those nasty baths than absolutely necessary. 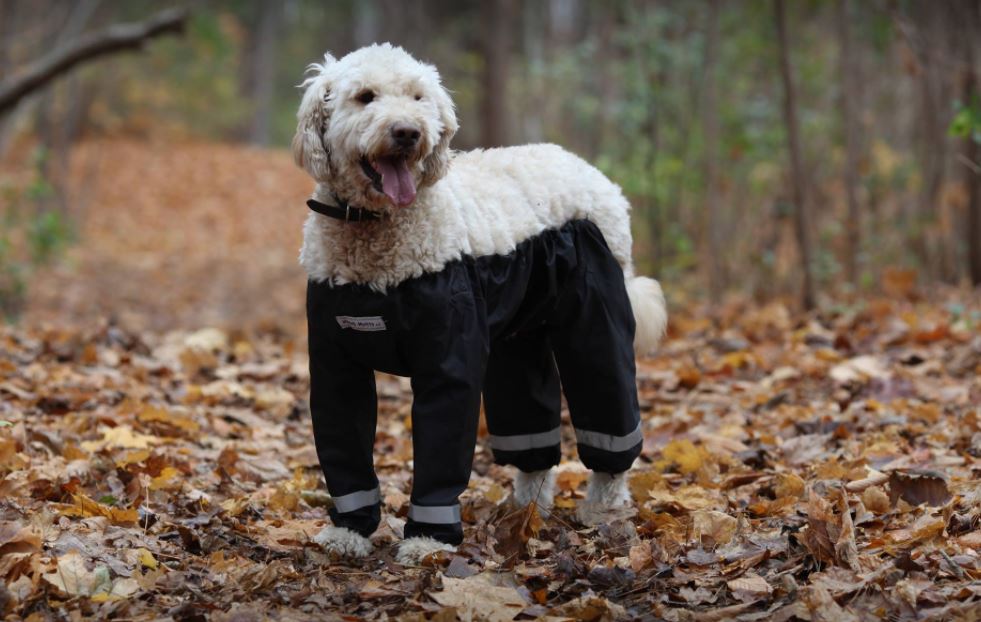 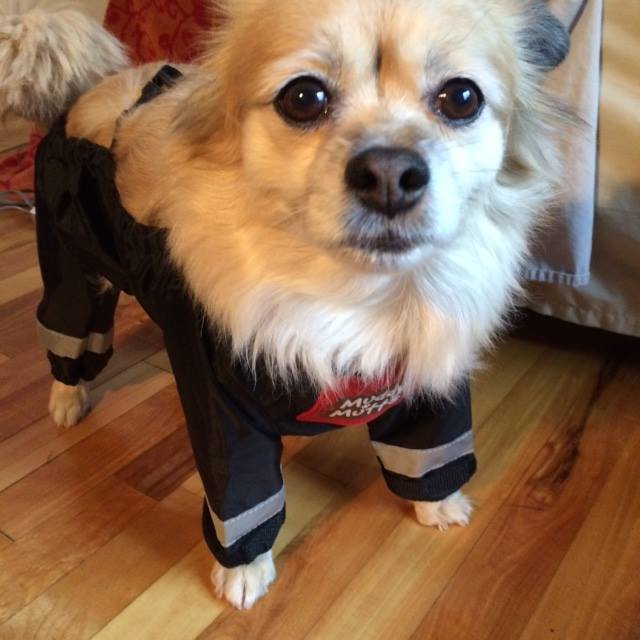 What do you think of this clever invention? 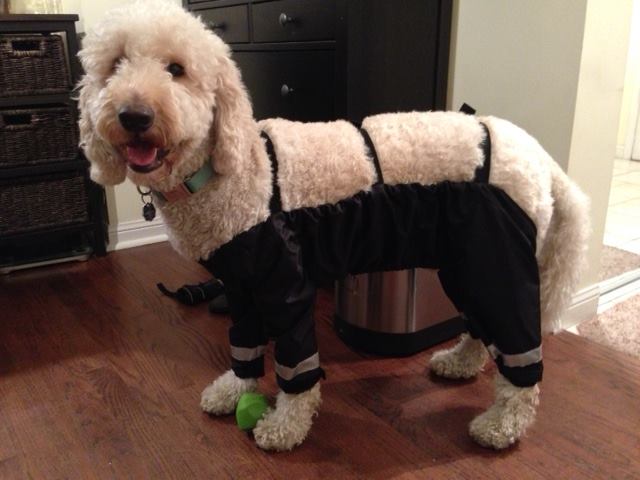