Tyson Walters is the proud owner of a huge Saint Bernard named Harley. Despite his love for Harley, Tyson recalls feeling frustrated whenever he had to take Harley on a car ride: “My car was practically ruined. Harley’s hair would intertwine in the fabric and not want to ever come out. She would shake and the hair would just explode off her and disperse throughout the car.” Sound familiar, dog owners?

It got to the point where Tyson started day-dreaming about a gadget that would prevent all that shedding in the first place. “I couldn’t find a solution. So I decided to make one.” That’s when Tyson invented the Shed Defender. Now, I– personally– have not tried the Shed Defender, or seen it in action, so I can’t endorse the product. But here’s why I’m telling you about it: the Shed Defender is basically a doggy-leotard. And it’s awesome.

Check out the hilarious photos: 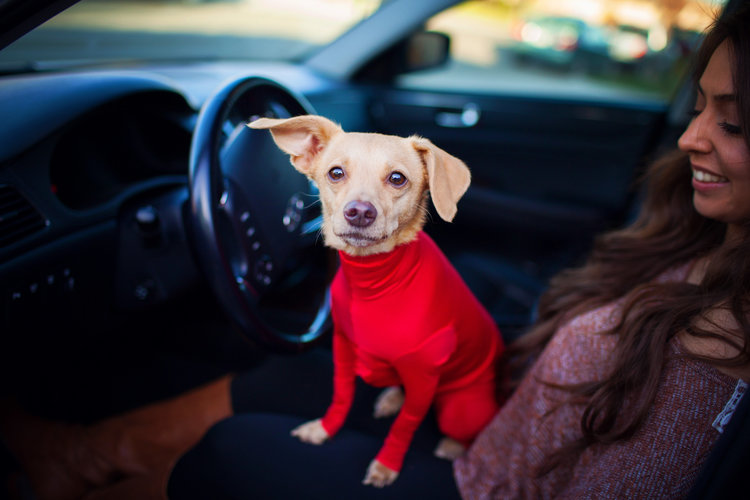 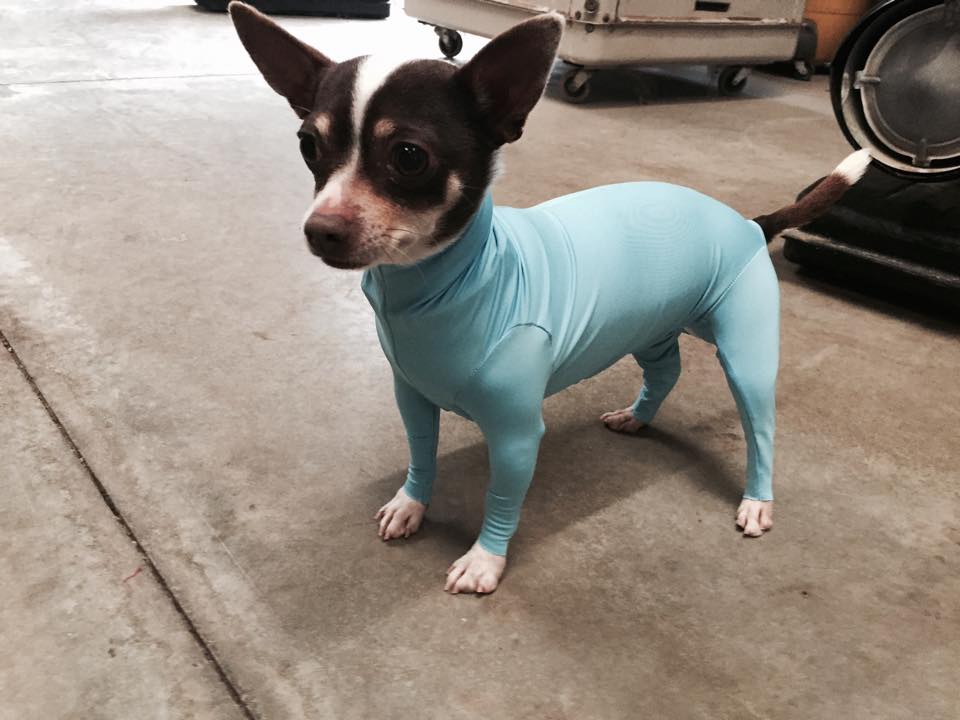 Tyson’s shed defender completely covers your dog’s neck, middle, and limbs, leaving only the fur on the face, feet, and tail exposed. It’s completely solved Tyson’s shedding-crisis with Harley, and now pet owners are trying it out for themselves! 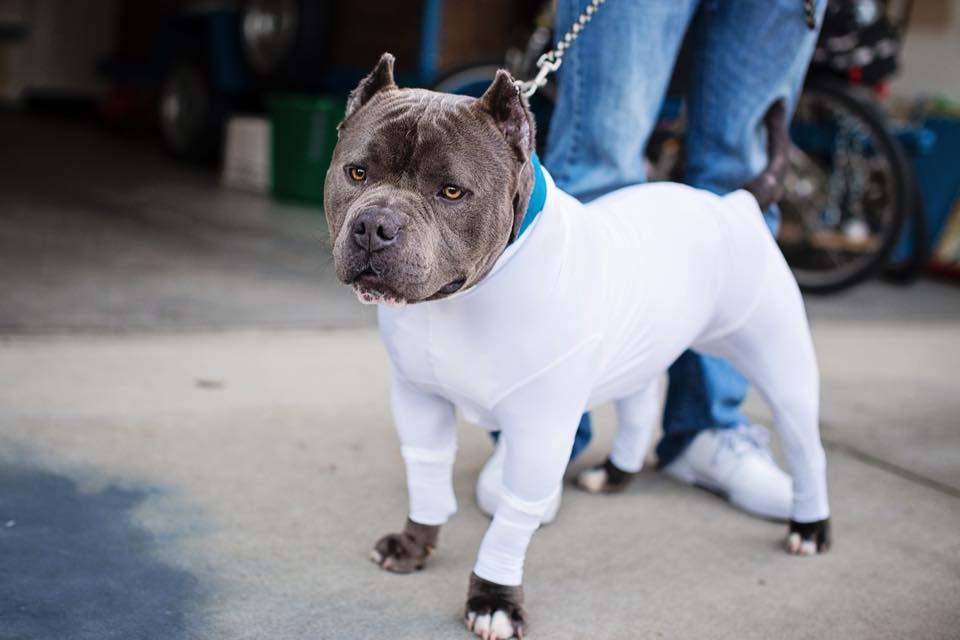 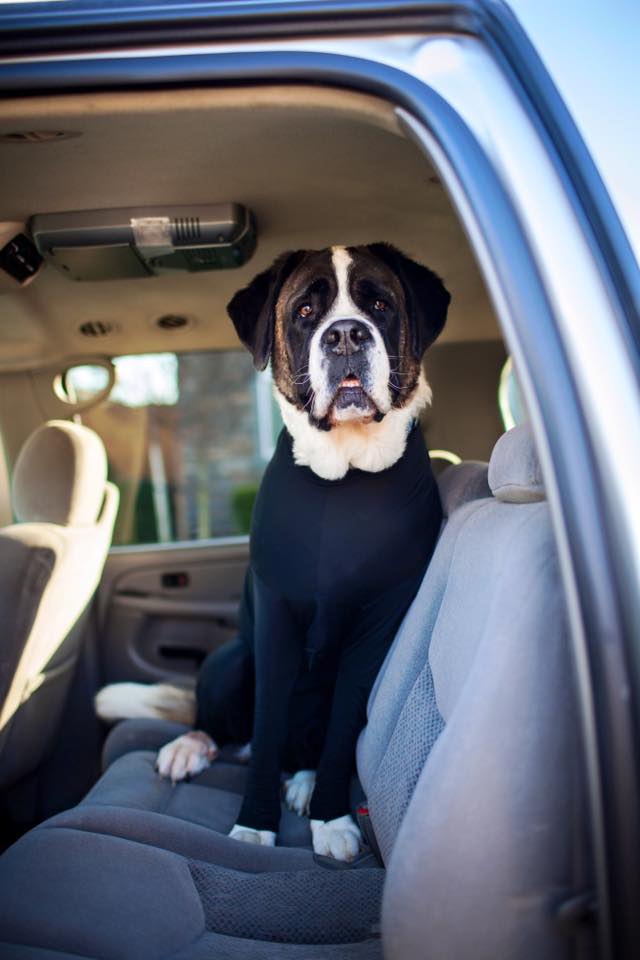 It’s not for your dog to wear all the time; you decide when to use the Shed Defender. You might put it on your dog if you’re going for a car ride or if you’ve just had the carpet vacuumed and can’t have your pet shedding. Or, you might try out the Shed Defender while your dog is outside, and you don’t want him/her to pick up dirt and allergens. It can also be used as a replacement for the dreaded “cone of shame.” 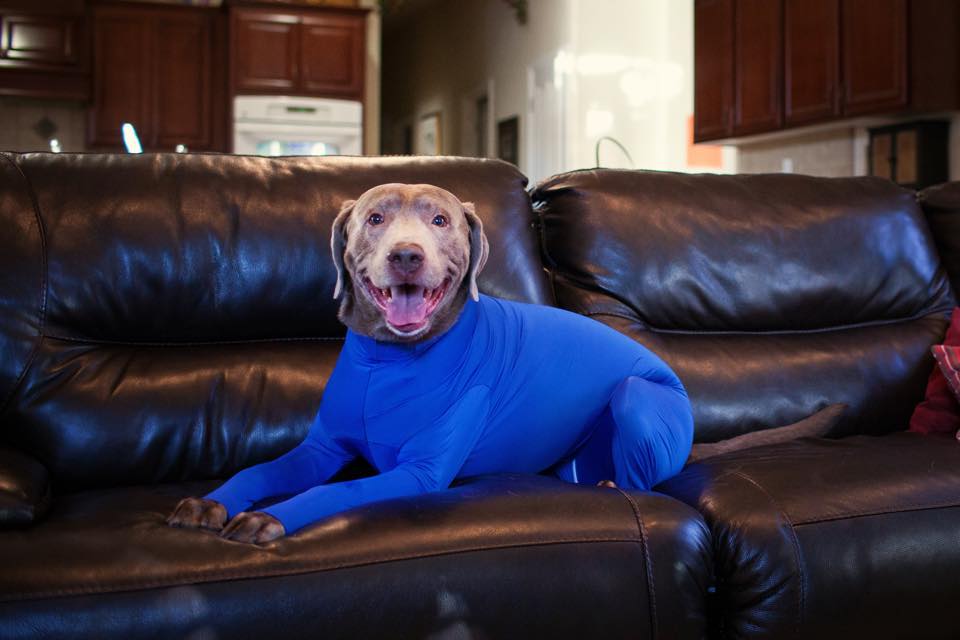 But, don’t worry, your furry friend won’t overheat in here. According to the website, “The Shed Defender is made out of lightweight, breathable, stretchy athletic mesh… It is an unique eco-friendly fiber, partly recycled fabric.” 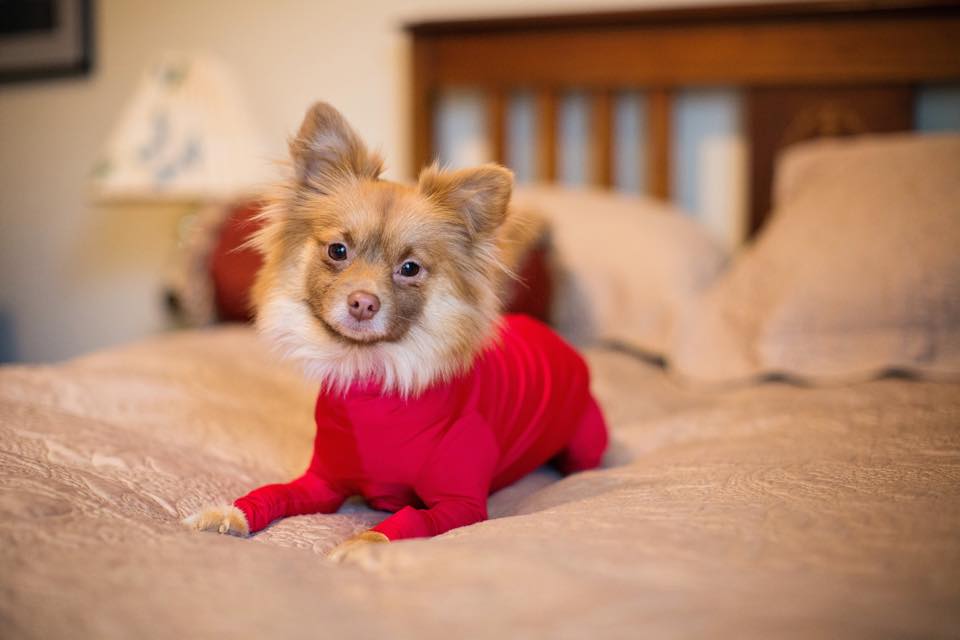 The photos of these doggy-leotards may make you chuckle, but the Shed Defender is also a good cause! A portion of all sales go to an animal shelter local to Tyson, the inventor. Pretty cool!

What do you think?