Caryn Morris of Durban, South Africa was trying to get her baby to sleep the other night when CCTV footage of her efforts went viral. According to Caryn, 15-month-old Broady generally falls fast asleep the moment his head hits the pillow, but that was not the case this fateful night. And we all know that restless toddlers can be quite clever in getting their way.

Caryn and her husband Tyrone had friends over that evening, and Broady could sense people in the house. He would fuss anytime Caryn left him alone in the crib, so the new mom felt she had to stay until he fell asleep. It was then that her tactics took a new turn and the result is resonating with parents all over the internet. 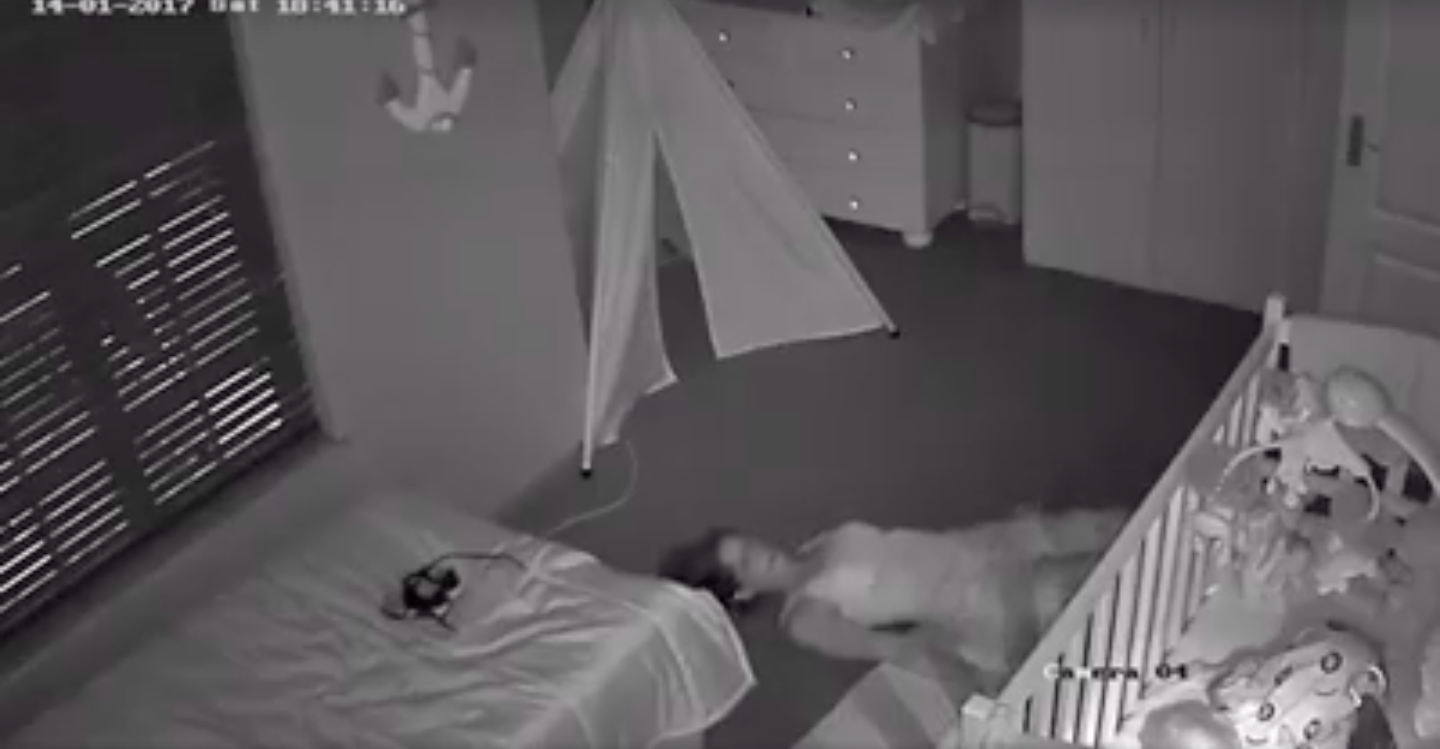 “I decided to sit on the floor next to the cot so he could see me. He then just lay there with his eyes a little bit open. I lay back and noticed he didn’t flinch or move or try and get out the cot. I slithered a little bit and he still remained on his side. Before I knew‚ I made it out the door and he hadn’t moved. I was too nervous to go back in the room to see if his eyes were open.”

Parents everywhere were able to relate to Caryn’s desperate need to keep her baby sleeping. The comments left on her video were gold.

“I’ve also had to sneak out plenty times but I have never tried the ‘reverse leopard crawl’… this is next level! Hats off to you!”

Check out the adorable antics in the video below. Can you relate?