The only place Mike Good wanted to be on February 13 was with his 7-year-old daughters.

After all, he had special plans with his twins that night: the father-daughter dance. Lucy and Emily couldn’t wait to see him, but Mike wasn’t sure he’d make it because of a flight delay. Thankfully, a collective act of kindness turned his travel stress into gratitude. 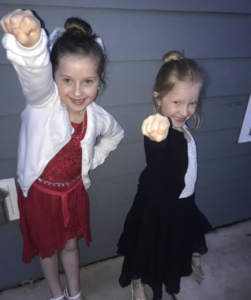 The North Carolina dad had been on a business trip in Nashville, Tennessee, and most of the flights back to Charlotte that night were cancelled or delayed because of bad weather. In fact, Mike was lucky to make it onto the last row of an American Airlines flight at all.

He told a flight attendant how sad he was to disappoint his daughters. They were scheduled to land right when the dance started at 7 p.m. After the typically slow deplaning process, he would still have a 30-minute drive ahead of him, so he would probably miss the dance completely.

But as soon as they touched down, the flight attendant made an announcement that left him speechless: “She told everyone there was a dad in the last row trying to make his twins’ father-daughter dance, and we’d really appreciate it if you’d let him off the plane so he can get there.”

Not only did every passenger stay seated, but they also cheered Mike on! Thanks to their kindness, he was off the plane in no time.

While he was still 50 minutes late to the dance, he made it, and his girls couldn’t have been happier!

Mike will always be grateful to the thoughtful strangers who helped him make their night. “I never asked to get off early,” he said. “It was the flight crew who made that happen, and that’s who I’m appreciative of. And the passengers, that was amazing to see everybody just sitting on the plane.” 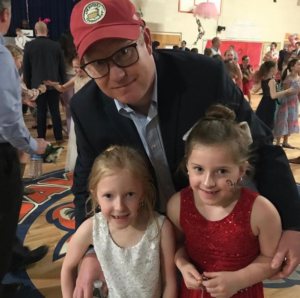 Mike’s story is proof that one small gesture is all it takes to make someone’s day. Let’s keep this in mind the next time we see an opportunity to help someone!