Sometimes what feels like the end of a story turns out to be just the beginning of an entirely new journey.

Mike Garrison of Lee’s Summit, Missouri, grew up on wheels. As a child, he says he was the kind of kid who “struck out playing tee-ball or got tangled in the soccer net,” but when he was five he discovered a passion for motorsports that would last his whole life. He began by racing dirt bikes, and soon he and his family were traveling the country each week, and his dream of becoming a professional dirt bike racer seemed well within his grasp. 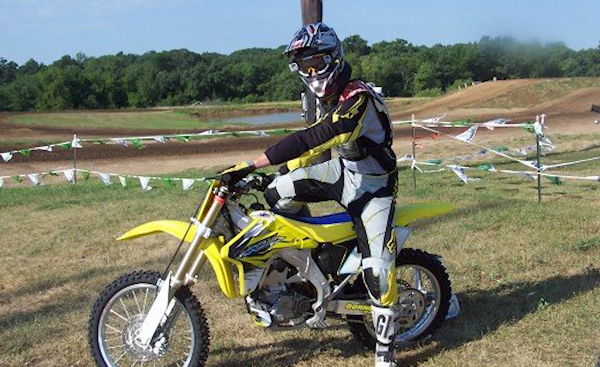 Mike was just 18 when he and his best friend collided mid-air during a competition. His friend was not hurt, but Mike suffered a shattered spine, collapsed lungs, and severe internal bleeding. When he regained consciousness Mike was devastated to learn that he was now paralyzed from the chest down. 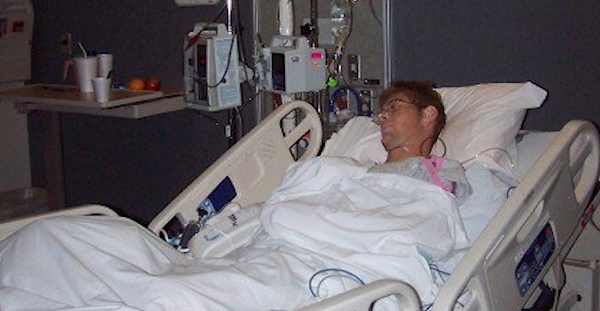 While many people would have spiraled into depression after realizing their dreams had been dashed, most people do not have the indomitable spirit and perseverance of Mike Garrison. Instead of wallowing in what might have been, Mike turned his focus on what he could achieve now, in his current physical state.

There’s a lot of different ways you can look at it, some people would look at it as you grew up, you spent your whole childhood, you wanted to be a professional motocross racer, you’re signing autographs and getting factory deals and all that, and at a moment’s notice, now you can’t walk, you can’t feel, and you may never be able to ever again. You can look at it that way, but quite honestly, I wouldn’t change it even if I could. I think there’s too many great things and too many great opportunities have come from it. 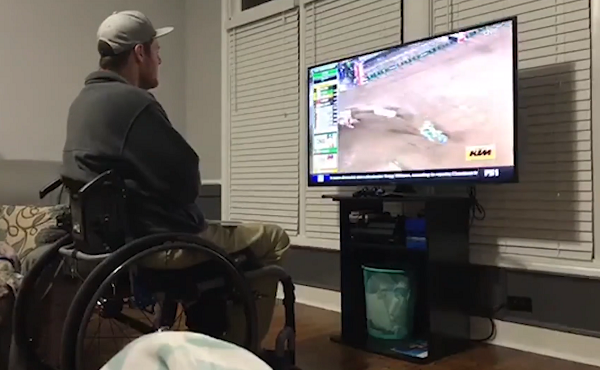 After his accident, Mike’s love of motocross, R/C racing, and other motorized sports never waned. He continued to attend racing events, and one day at an R/C car event in 2007, an announcer handed him the microphone and asked him to fill in while he took a break. Although Mike admits he was “scared to death,” he soon discovered that announcing was a wonderful new way that he could participate in the sport he had always loved.

From that day forward, I found a love for announcing and public speaking. Today I travel the country with my wife by my side announcing everything from local R/C car and motocross races to events. 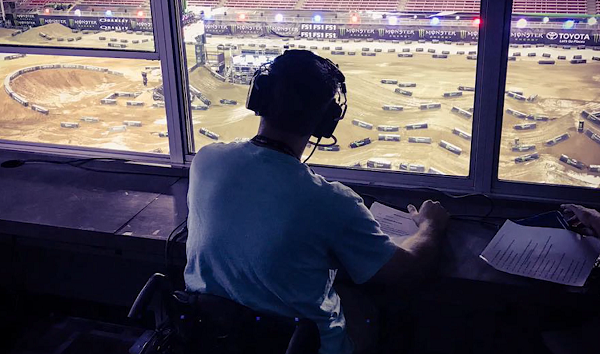 Mike admits that there are days when he wishes he could be riding a bike instead of announcing the races, but he thinks that being able to tell the story of the sport he loves is almost more fulfilling than physical participation. He’s also quick to point out that everything happens for a reason — even terrible things — and incredibly, he says if he could go back in time to change the outcome of that tragic race, he wouldn’t. 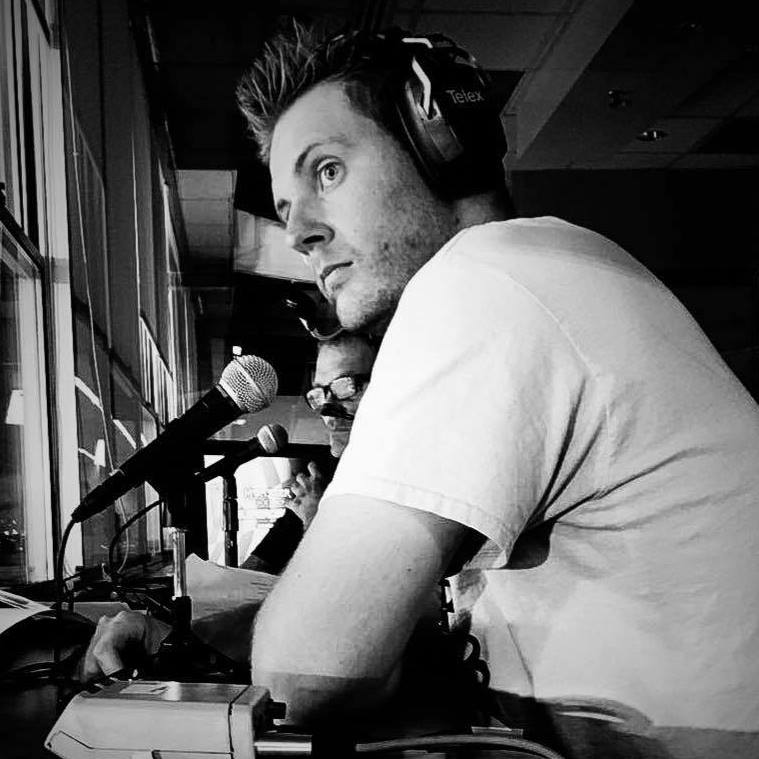 Most importantly, Mike hopes to inspire others to passionately pursue their dreams and goals. “I think everybody in life has adversity and things that they have to overcome, and struggles, but if you look at the opportunities that these struggles can provide you if you allow them to, it can be truly amazing.”

Whether I ever make it as a professional announcer or not, if I can inspire just one person — one single person — to overcome their struggles, their fears, and their set-backs to pursue their goals and dreams, then I’ve succeeded.

As Mike continues towards his goal of becoming a professional racing commentator, he credits his wife Britani Jo Garrison as being the person who is constantly pushing him to go further and achieve more. Britani doesn’t see Mike’s disability; she only sees the capable, funny, and intelligent man whose uncanny ability to look at the bright side has helped him overcome more than most people ever have to deal with. 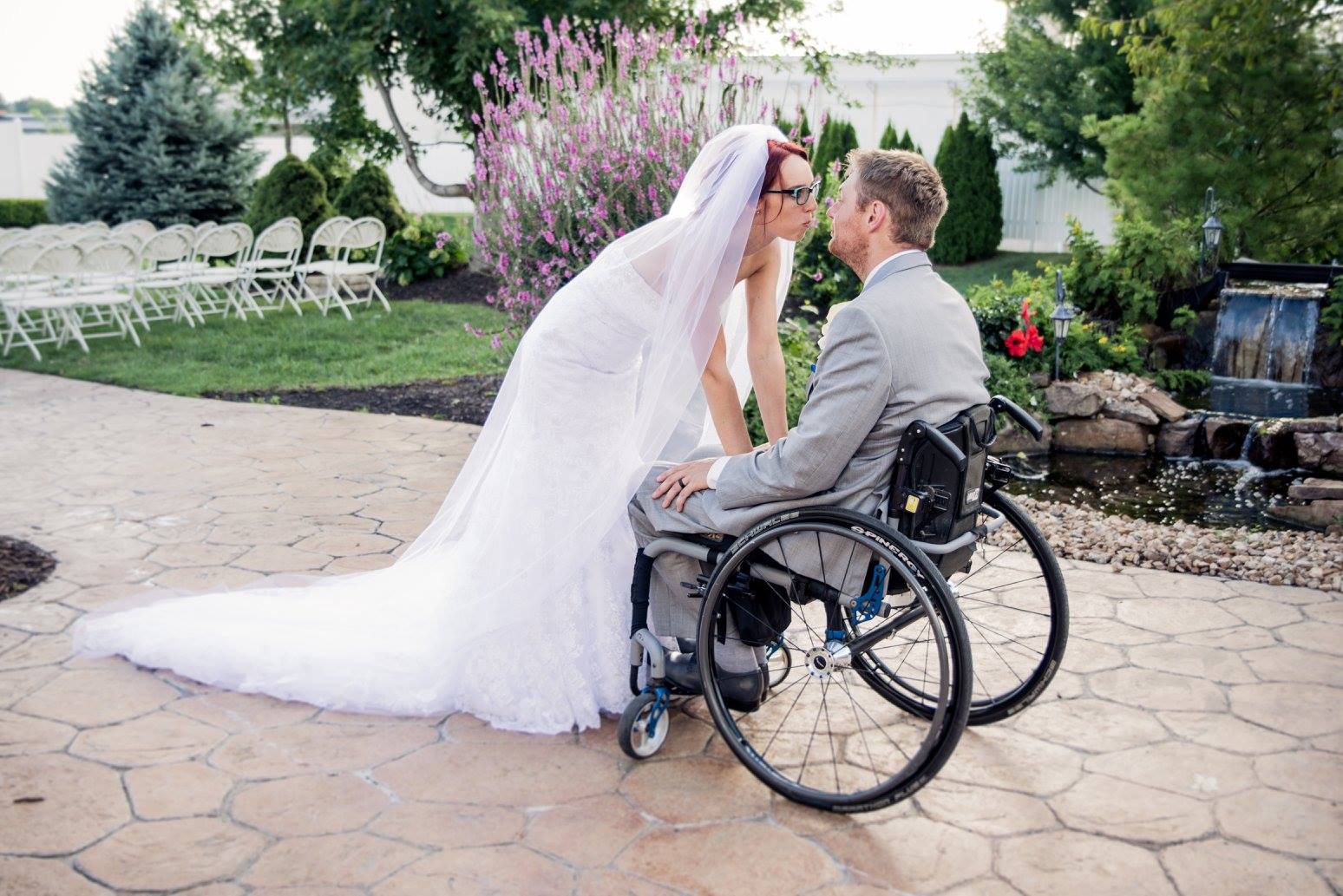 While being a racing commentator is my dream, my ultimate goal is to share my story, share a bit of hope and happiness in a world full of negativity, and inspire others to reach out and pursue their own dreams and goals, smile, and live life to the fullest no matter what their struggles and setbacks in life may be.

Thank you for sharing your story with us, Mike! We’re pulling for you. Your story is definitely inspiring us all to overcome whatever is holding us back in life.

You can learn more about Mike’s story in the video below. Please share to inspire others to “prove the impossible,” just like Mike!

Whether it be racing motocross, R/C cars, or simply wheeling my wheelchair from one announcer tower to the next, my entire life has been spent on wheels…and I couldn't be more thankful for all that has come with it.Anything is possible, it's up to you to prove it…#ChasingADream #ProveTheImpossible