Supermoms come in all shapes, sizes — and species!

While Canadian geese aren’t Mike Digout’s favorite animal, he can’t deny these birds make excellent parents. After all, he’s seen it with his own eyes! 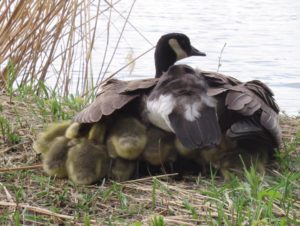 Mike enjoys photographing local wildlife along the banks of the South Saskatchewan River in Saskatoon, Canada, which he visits daily. One night in May, he spotted a mother goose working overtime. She was caring for 16 goslings — and the group just kept growing.

Geese normally raise six goslings per season, but each time Mike returned to the riverbank, he saw more and more appear with the same mama! 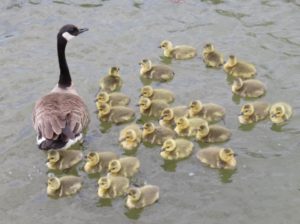 Mike couldn’t believe one goose could have so many babies at once, so he shared his amazing discovery along with the images he captured on Facebook. 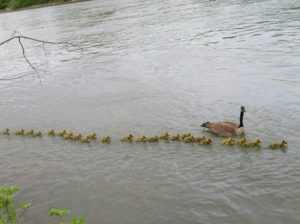 He eventually realized all these babies didn’t actually belong to the lone goose. She was just babysitting them! 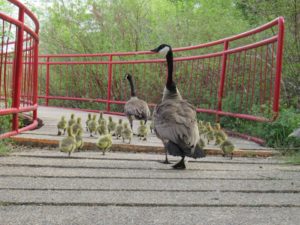 That said, this mother goose still deserves credit for keeping so many fuzzy chicks safe by herself.

“It was incredible how calm she was with so many goslings around,” Mike added. “She seems like such a patient mom.” 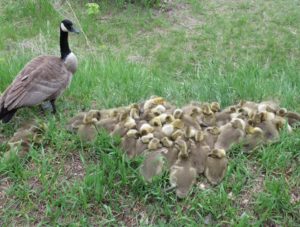 People can’t seem to get enough of Mike’s pictures, which have since gone viral!

“I am so happy that people are getting joy from my photos during this crazy time,” he told InspireMore. 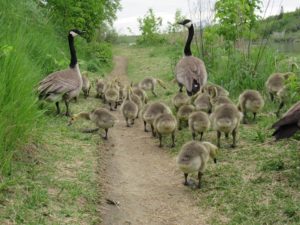 As they say, it takes a village! While the gang brood is now divided into three groups, this mama and her mate are still looking after 25 goslings. Supermom, indeed! Thank you, Mike, for sharing these stunning pictures with the world!

Share this story with other animal lovers to make them smile.