Anyone who has potty trained a little one knows that the day a child can finally use the bathroom on their own is a breath of fresh air — literally.

Thankfully, the learning process comes with a few perks. Since it coincides with the time in many children’s development when they start having conversations, their parents get to hear them talk about the silliest things while they’re on the toilet. Matty DeVito is a perfect (adorable) example! 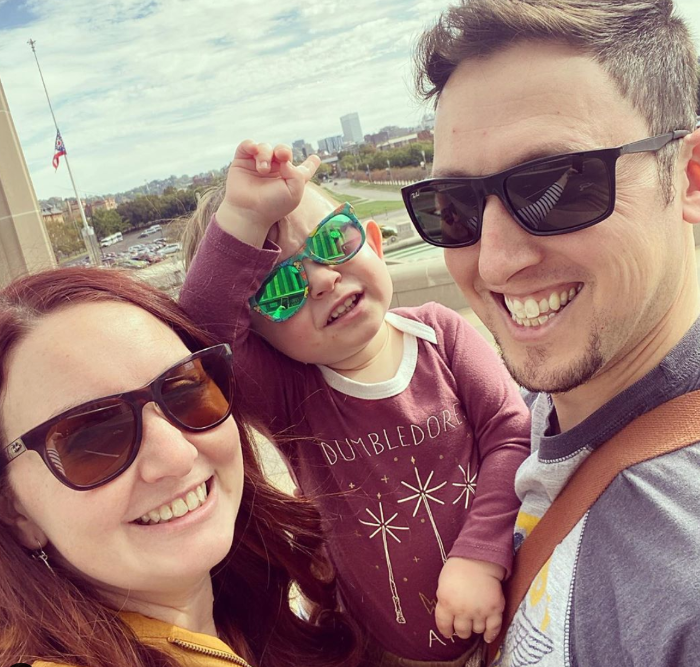 Dani and Greg, Matty’s parents, recorded part of his journey, and we couldn’t be more excited about it. That’s because Matty spent the whole time proving he can be a comedian! 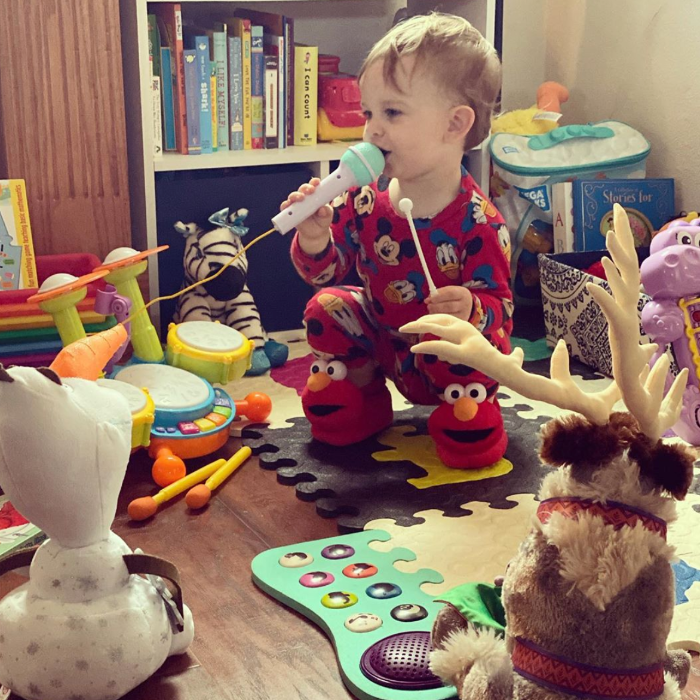 In the video, we see Matty sitting on the potty before he loudly declares that he did not poop. Nope! He insists he just peed. Already knowing the truth, Greg can’t resist egging him on a little bit, so he asks, “Wait, you didn’t poop?” In the goofiest voice ever, Matty says, “No, I peed!”

His dad isn’t convinced, so he tries again: “You peed? I thought you pooped?” But Matty won’t budge! Shaking his head, he repeats his mantra, waving his index finger to emphasize his sincerity. 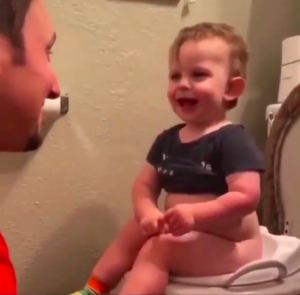 This debate goes on for a bit longer. Of course, Greg does his best not to laugh, but he can’t keep from reacting to the hilarious scene. In fact, he tries so hard not to crack that he starts crying!

Matty immediately breaks out of his silly mood to ask his dad if he’s sad. As we know, he’s actually pretty happy, but his son isn’t convinced until Greg wipes away his tears. 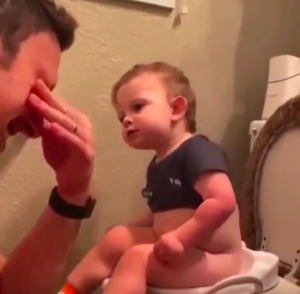 Once Matty is certain Greg is okay, he goes straight back to his mission with a final cry of, “No, I didn’t poop. I peed!” 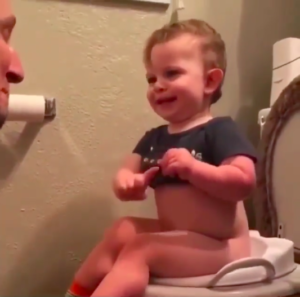 This is one adorable bathroom break! As far as we’re concerned, Matty should forevermore be the poster child for potty training.

Check out Matty’s hilarious antics in the video reposted by Kristen Bell below, and don’t forget to share it with anyone who could use a good laugh today.

You're welcome and good night. Reposted from @goodnews_movement