Marcelito Pomoy is by no means an average singer. In fact, he has enough talent for two!

While the newest season of “America’s Got Talent: The Champions” has already highlighted some incredible voices, this gifted musician has something his fellow competitors don’t. He sings stunning duets… with himself. 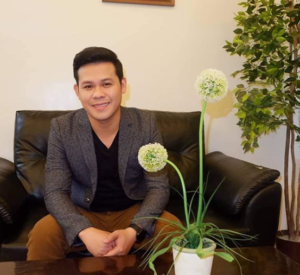 Life hasn’t always been kind to Marcelito, who is from the Philippines. When he was just 7 years old, his father was in prison and his mother abandoned him. With nowhere else to go, Marcelito lived on the streets until he realized his unique vocal range could help him into a better situation.

In 2011, he entered “Pilipinas Got Talent” and came out a winner. The experience changed him in more ways than one. Not only did he become a star, but he also reunited with his parents.

Part of the reason he auditioned in the first place was to find them. He’d hoped they would see him on TV and reach out, and that’s exactly what happened! Better still, during the final round of the competition, he saw them cheering in the audience and welcomed them back into his life. 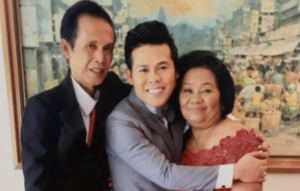 But Marcelito said the best part of his success was meeting his wife, Joan Paraiso.

When he took the stage on “America’s Got Talent,” Joan was standing proudly beside him to make introductions. Then came one of the most incredible duets in “Got Talent” history!

Mere seconds into Marcelito’s performance of “The Prayer,” jaws were dropping. He effortlessly hit each of Celine Dion’s soprano notes, only to nail Andrea Bocelli’s tenor moments later. The transitions were so seamless that it seemed like two people were onstage! 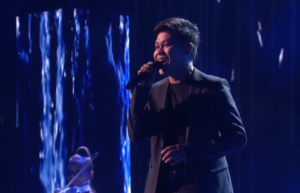 The judges couldn’t believe their ears. Simon Cowell called the audition “a 10,” while Howie Mandel joked that Marcelito is a “wonderful singer with a young woman trapped inside.”

“I want to see something different, something unique,” Alesha Dixon added. “Marcelito, you just gave that to us. It was absolutely brilliant!”

His new fans were just as enamored. Using a new feature of the show, people from all over the U.S. voted him straight to the semifinals! 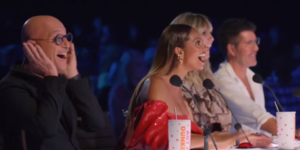 Congratulations, Marcelito! With a one-of-a-kind voice like yours, we’re sure you’ll go far.

Prepare for goose bumps as you watch his audition in the video below, and don’t forget to share his amazing talent.