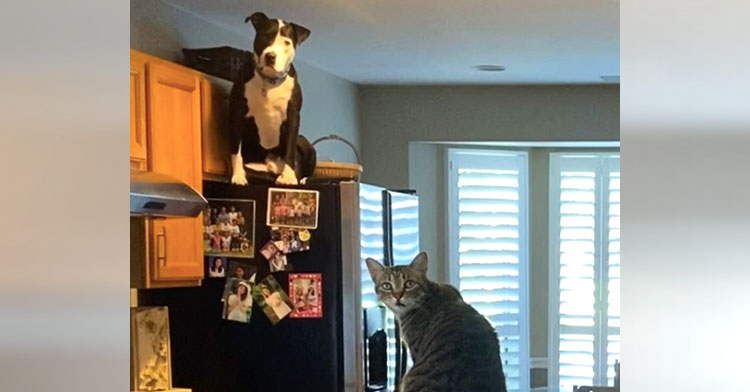 Cute Pit Bull Who Loves Spending Time On Top Of The Fridge I...